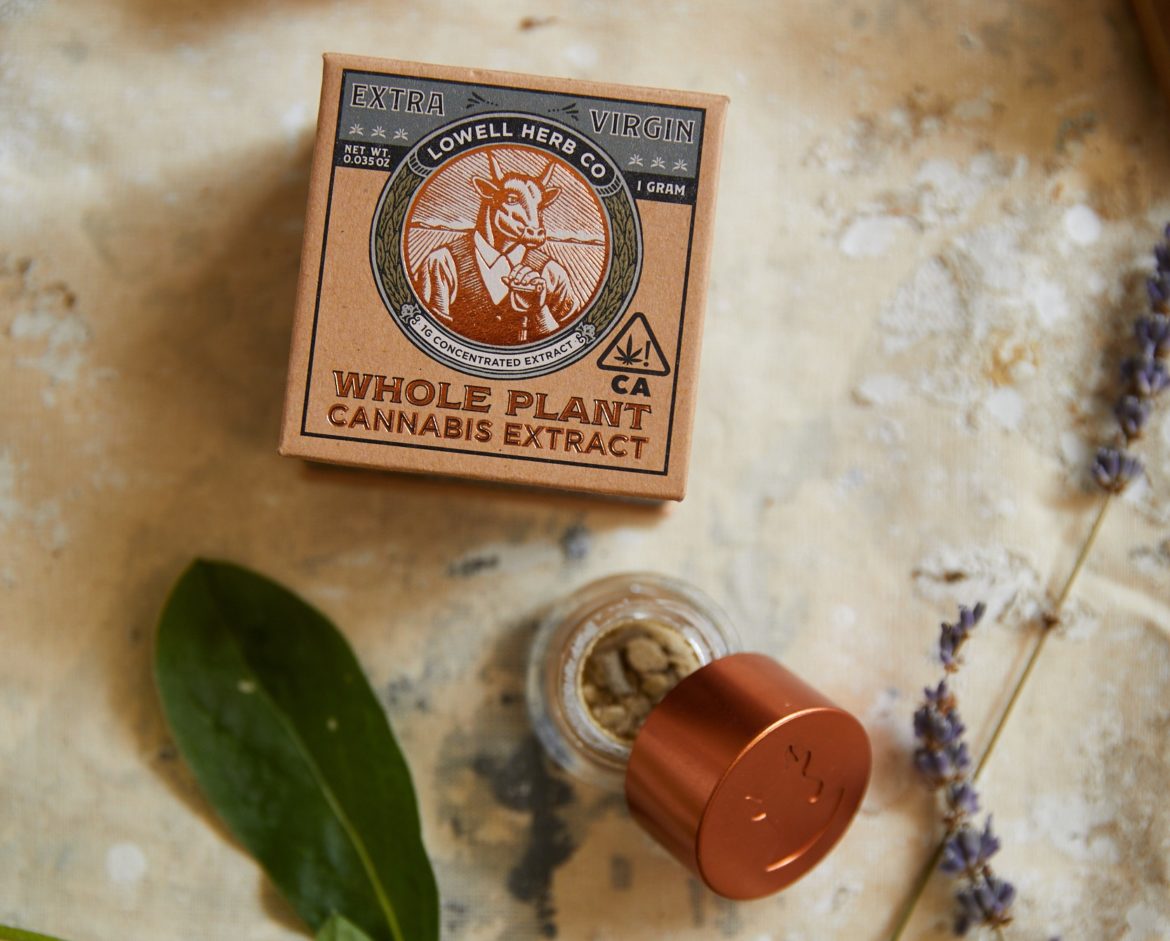 Emjay offers Lowell Farms products, including this flavor of Live Rosin, on our delivery platform and in-store.

A divine and sensual physical invigoration savors every last drop of the joy of cannabis. I cannot think of a single possible improvement on the experience.

The Live Rosin grams from Lowell are $60. Worth every penny.

Lowell Farms oversees their California-grown cannabis from seed to sale in dedication to the memory of William “Bull” Lowell who was incarcerated in the early 20th century for growing cannabis. Fast forward to 2021 and Lowell prides itself on sun-grown pesticide-free California cannabis with a purpose. Lowell uses only recyclable, food-grade materials in their packaging and focuses on hiring people negatively impacted by the racist “War on Drugs.”

In celebration of Pride Lowell releases a special edition preroll pack with 20% of the proceeds going toward The National Black Justice Coalition and GLADD as well as a partnership with female-owned Fire Farms for a line of products benefiting The Women’s Foundation of California. Like Emjay, Lowell supports the Last Prisoner Project in their efforts to release everyone behind bars for weed.

This same mindful energy shines through in their grow process. Calling on the concept of the flower’s terrier and appellation, Lowell places a focus on harnessing the unique benefits of each specific region and geo climate to maximize the visual, aromatic, and experiential impact of each strain. Lowell propelled our city of fallen angels further in 2019 with their (sadly) short-lived Lowell Cafe-a a full-service, chef-driven restaurant with an espresso bar, cold-pressed juice, and full dispensary menu for immediate consumption inside the brilliantly decorated and ventilated indoor-outdoor space. The dream of an Amsterdam cafe was realized for the first time ever in The States by Lowell’s forward-thinking ceaseless commitment to excellence. 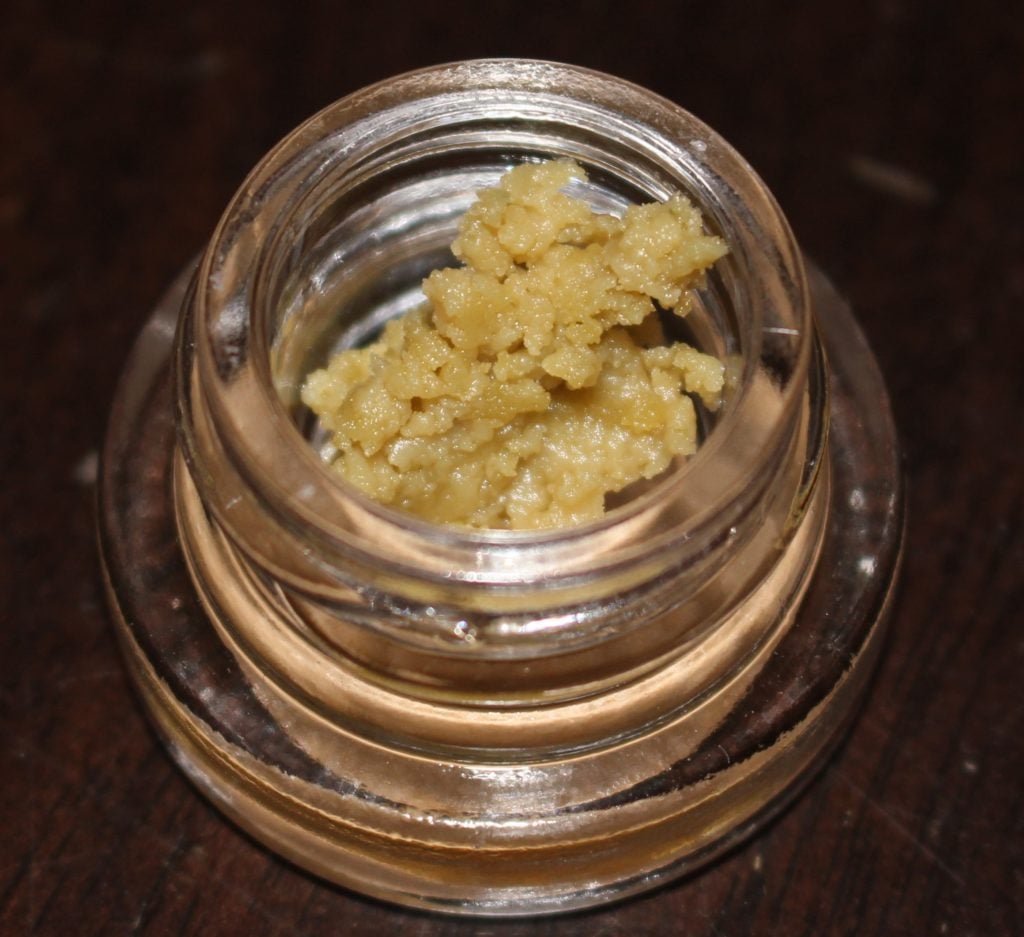 Lowell Farms offers a stacked roster of cannabis offerings. From flower to infused prerolls and their marvelous flower-only cannabis cigarettes to disposable live rosin pens and a full line of concentrates, Lowell has got cannabis covered. Bubble hash, full-melt hashish, age-cured rosin, and the live artisanal rosin featured here round a comprehensive syllabus on the who’s who of the California cannabis game. Lowell even offers gorgeous, fully stocked wooden rolling kits and at one point partnered with Billy Ray Cyrus on his very own cowboy-centered smokes. Beyond giving us the utter celestial blessing that is Lil Nas X and playing Hannah Montana’s dad, Billy Ray serves a modern-day reboot of the Old West aesthetic. So take your horse to the Old Town Road and snuggle into the Americana of the Wild West lifestyle.

As we “welcome everybody to the Wild Wild West, a state that’s untouchable like Elliot Ness” let’s start at the beginning with Lowell’s squad of concentrates. Before hitting us “out in Cali where we riot not rally”, the preparation of cannabis into orally ingested resin began before our recorded history of the man we now call Jesus. Because genocidal colonizers set the narrative propaganda still used in our nation’s textbooks today it is hard to find an accurate answer on when the process of making hash first evolved in what we would now call The Arab World. As the term “marijuana” evolved out the efforts of colonizers to conflate anti-Mexican racism with their confabulated dangers of “the devil’s lettuce”, Orientalism (the term critical race scholars use to point to an antiquated, inherently white supremacist view of “The East”) couched anti-cannabis sentiment in implicit linguist racism. The English word for “assassin” evolved from colonizers naming the Sheik’s fighters “the Hashishin” under the guise that this evil drug was what the fabled Sheik Hassan Sabbah gave to his soldiers to make them ruthless, blood-thirsty killers (as the narrative of anti-Arab and anti-Muslim storytelling normally goes). Lowell Farm references the “B.C. ‘Hashshians’” in the description of their bubble hash alongside a shout to the Parsian cafes that sold it for profit centuries and centuries and centuries after its Arab discovery and around the same time European colonizers were promulgating a made-up story about how evil and racially charged its experience was. The “War on Drugs” has always been racist. Lowell, like Emjay, supports the Last Prisoner Project in undoing the racist harms incarceration has fulfilled in this country. Round up your purchase to help undo this legacy.

As it exists today, hash preserves the active ingredients of the cannabis flower without including the green parts. Bubble hash arises from mixing flower with ice water, agitating it, and freezing it to separate the resin glands from the plant. Bubble hash unsurprisingly bubbles when smoked whereas full melt, instead, disappears completely when you dab it (that is, it fully melts). Subsequently filtering and applying great pressure leads to the birth of rosin for a strong, solvent-free dab. Lowell’s Live Rosin comes from the first press of their full melt and contains monoterpenes-home to the most valuable, healing characteristics of the plant. Live rosin is all the rage in the California cannabis game these days.

Let’s see if the hype is deserved. 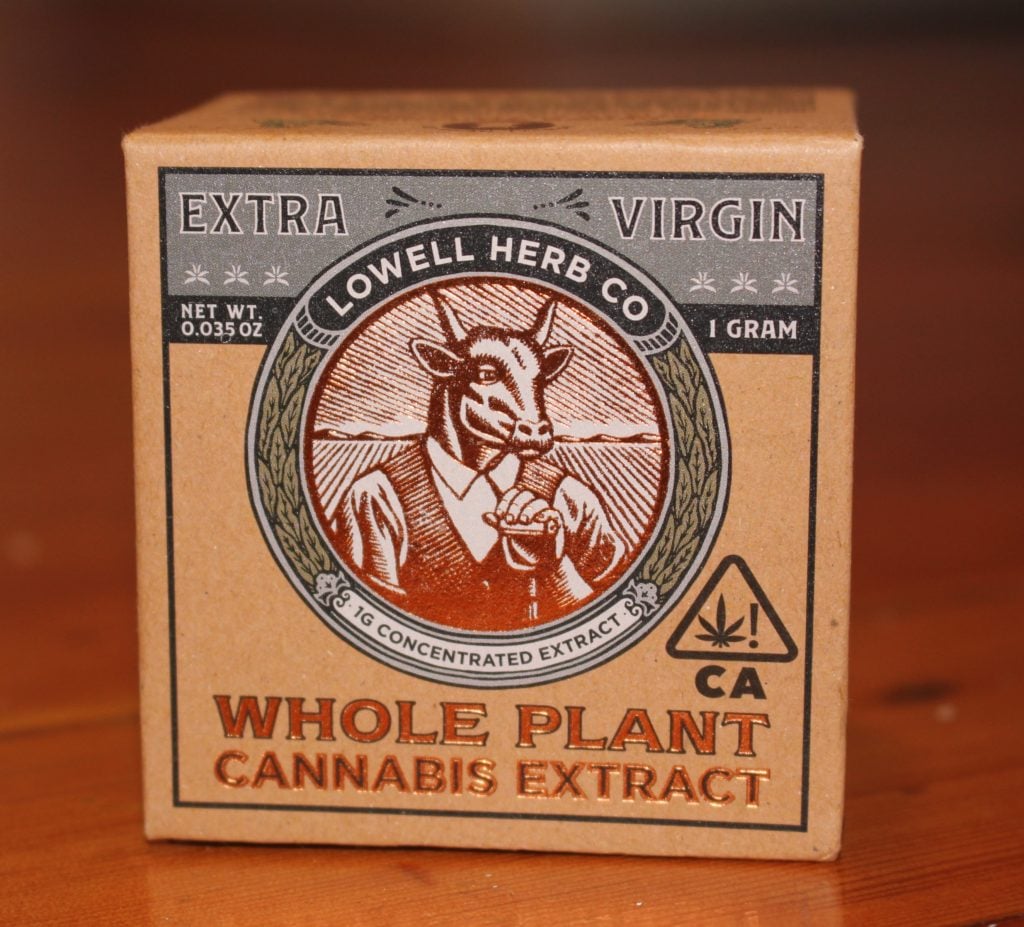 Lowell uses elegant, upscale packing for all of their products and these details add more to the overall experience than you may think. An upcycled magnet pops the case open and shut and holds the gorgeous branded glass jar in which the rosin is encapsulated.

The rosin’s consistency is reminiscent of cookie dough and truly looks delicious. On the nose pure lemonade-bright, clean, mouthwatering citrus. Like a camping trip with friends, a piney earthiness to the aroma adds a really loving, inviting feel. The inhale is a breath of fresh air-verdant, piney, and flat-out delicious. Even if they were unmedicated, I would eat candies in this flavor just for the taste. I love exhaling thru my nose because it adds a different shade to the experience, with Strawberry Bananaz a hue of brown sugar arises that really sets the flavor on fire.

Rosin arises under pressure which feels apropos for its rapid onset and potent influence which moves a lot from moment to moment. The strength, quality, and clarity make this treat really hard to put down. It tastes great and makes you feel amazing. There’s something very sexy about the high-if you use cannabis for intimacy I would reach for this first.

$60 doesn’t even begin to encapsulate the quality. Buy it now.