Everything You Need to Know About STIIIZY 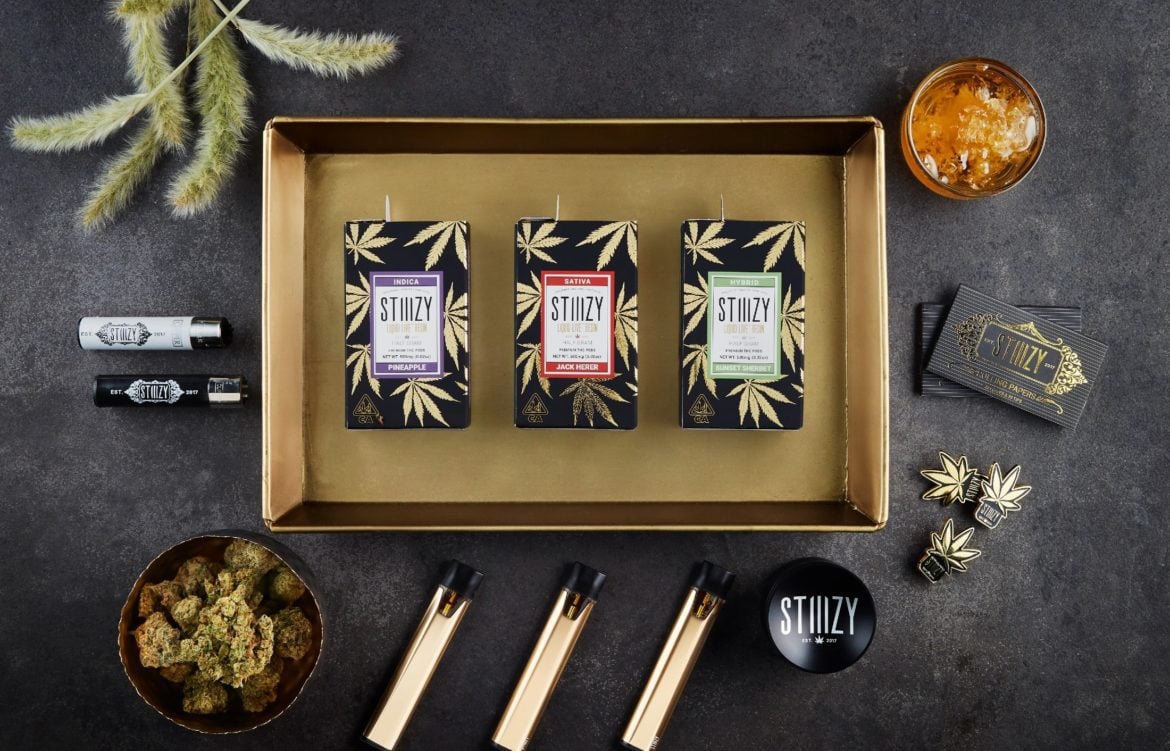 Your guide to STIIIZY vapes

STIIIZY is an award-winning cannabis company straight out of Cali. The company is most famous for its premium cannabis oil vaporizer, called the STIIIZY, which uses a proprietary pod system.

The company grows and produces its own cannabis concentrate in more than 20 different strains and flavors. Unlike other competitors in the vape space like Pax Labs, STIIIZY does not offer a vaporizer model that can vape dry herb. STIIIZY vapes are strictly for concentrates and are only compatible with STIIIZY branded pods.

STIIIZY most recently began to offer cannabis flower in a new brand called LIIIT. These jars of flower come in eighths, 3.5 grams, and feature some of the most popular STIIIZY-grown cannabis strains.

Types of vaporizers sold by STIIIZY

The original STIIIZY rechargeable battery has a simple design that keeps the pod’s oil chamber visible so you can easily tell when it’s time to replace the pod. Overall, it’s not complicated to use. All you need to do after opening the box on your STIIIZY is to charge it up, then insert a pod and inhale. The automatic draw detection makes sure the coils are only heated when you’re inhaling. The device powers down once you remove your mouth from the mouthpiece. But there is no temperature control, and at 40 draws per charge the battery life isn’t the longest.

Chronic vapers may prefer the BIIIG, a larger format battery by STIIIZY. In addition to a longer battery life, BIIIG delivers bigger hits while using the same size pods as the original STIIIZY. There’s also a little more to hold onto.

The LIIIL comes pre-charged with the pod already attached. Once you finish the pod, you throw out the battery with it; it is not rechargeable like the other two vapes. Available in 22 different strains and varieties, the LIIIL is a great gift for someone new to vaping, or for someone who only vapes occasionally. It’s not a good choice for daily use– way too much plastic waste!

Remember those 20+ different kinds of pods? Let’s do a quick overview of them, since a premium vape is only as good as the stuff you put in it:

The Original line of STIIIZY pods contain premium THC oil and “botanically derived terpenes” that add depth of flavor and aroma. Real flower taste with none of the flower, basically. The 22 strains and varieties includes two CBD-only offerings, classic strains like Pineapple Express and Blue Dream, and fruity flavors like Strawberry Cough and Watermelon Z. There is definitely a pod for every kind of vape enthusiast within the Original STIIIZY line.

The “silver” pods seek to preserve the natural terpene profile of all 24 strains used in the line. Instead of adding terpenes pulled from non-cannabis flora like in the Original line, the Cannabis Derived Terpene pods are created from single-source cannabis, grown locally in California. Vaping this line of oils is closer in taste and smell to smoking flower (without actual smoke of course) and you can be sure what you’re inhaling is all the same strain it says on the box. Those who really know their strains and enjoy the true taste of cannabis will enjoy the Silver STIIIZY pods more than the Original.

Available in 21 different strains, the STIIIZY Live Resin pods represent a “gold standard” in premium vape pods. Derived from flash-frozen cannabis plants, the live resin in each pod is produced in a small batch, “craft cannabis”-style. By using fresh, uncured flower, the live resin preserves the full flavor profile of the plant, with all the terpenes and cannabinoids that work synergistically with THC to produce the full spectrum effect.

Hopefully our guide has helped you decide if the STIIIZY would be right for you. If you’re ready to ride the #vaporwave, you can enter your address on heyemjay.com to see which STIIIZY products can be delivered to you. And as usual, there’s no delivery fee.