Everything You Need To Know About CBD and Pregnancy 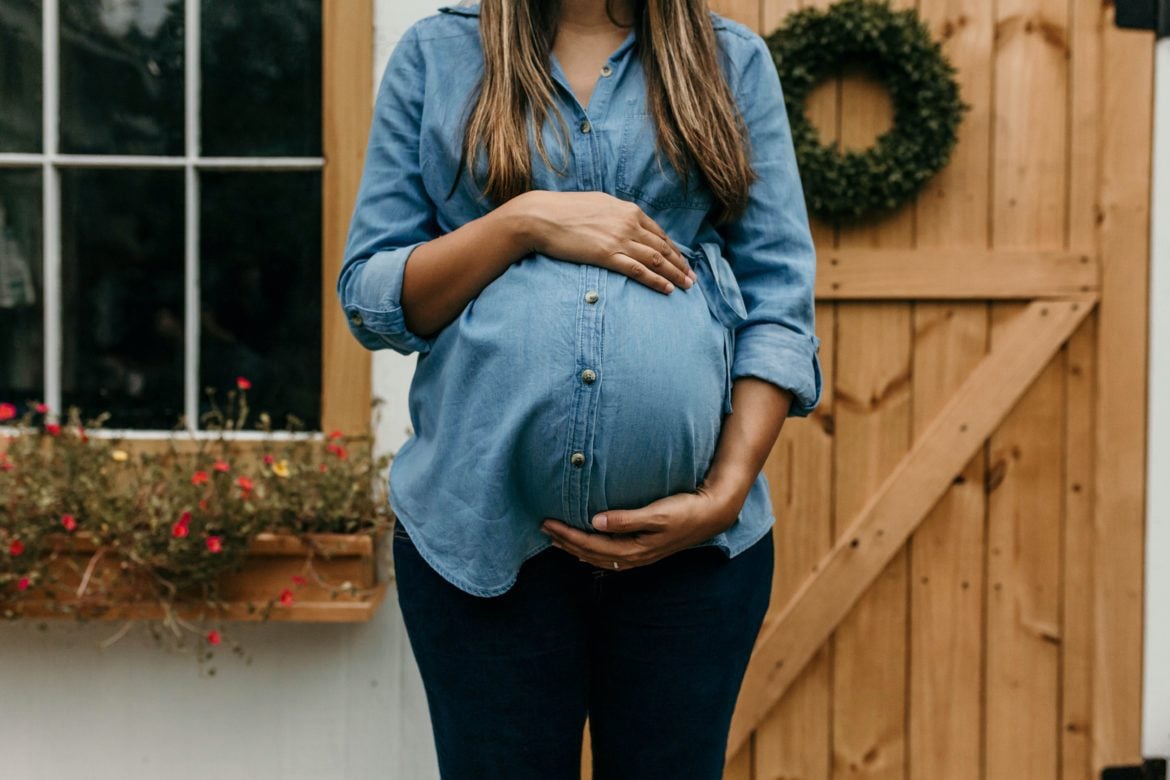 When you’re pregnant or trying to get pregnant, your mindset changes. You want to eat healthy foods and take better care of yourself. You try to avoid chemicals or unnecessary medicines. You’re super vigilant about everything you put into your body because you know it will ultimately make its way to your baby.

This is what makes CBD seem appealing. When you want to relax, destress, and soothe aches and pains, using something that comes from a plant seems like the obvious choice. Many mothers and mothers-to-be can see the appeal in CBD as an alternative to many of the products they’d usually use.

There’s just one problem. CBD isn’t the same as a green smoothie or a massage. It is natural, and it does induce relaxation but heavily interacts with your body. Whether or not it can negatively impact pregnancy is still not fully understood. When dealing with so many unknowns, it’s better to play it safe.

What CBD does to your body

CBD, or cannabidiol, is a cannabinoid that occurs naturally in the cannabis plant. Unlike THC, CBD isn’t capable of getting you high. The two don’t work the same way.

CBD works with your body’s endocannabinoid system. Your endocannabinoid system refers to a whole host of different kinds of receptors that are scattered throughout your brain and body. CBD interacts with these receptors without binding to them. It doesn’t stick around and continuously impart effects like THC. It merely encourages your body to do things on its own.

In the case of CBD, most people report that it leaves them feeling soothed and relaxed. They like to take CBD after a hard workout or when they need a good night’s rest. People use CBD before yoga, meditation, or leisurely tasks. Users also claim that it helps to diminish symptoms of anxiety or emotional distress.

Testing of CBD has demonstrated that it’s highly effective at reducing or preventing seizures in people of all ages who live with seizure disorders, and that’s the only thing the FDA has approved CBD for.

Although some studies have demonstrated that CBD may potentially produce some of the effects that most people claim they experience, research is still early. None of it has been officially declared as fact. Regardless, people use CBD because it seems to make them feel better. For many people, that’s a sufficient reason all on its own.

The different kinds of CBD products

CBD comes in many different forms and formulas. There are three core types of CBD: isolate, broad-spectrum, and full spectrum. The spectrum you choose will make a difference in the outcome.

CBD isolate is nothing but CBD. Every other part of the plant has been removed from the end product. You’re getting a single cannabinoid all by itself. Broad-spectrum contains almost everything the hemp plant contains, except for trace amounts of THC. Full-spectrum CBD is the entire hemp plant, including up to 0.3% THC. This is a small amount, and it’s nowhere near the concentration necessary for getting you high.

While CBD isolates and broad-spectrum CBD seem to be great choices, they’re nowhere near as beneficial as full-spectrum CBD products. CBD works in tandem with all cannabinoids and terpenes in the cannabis plant to produce its effects. When you start taking them away, you’re losing the potential benefits that can come from that synergy.

This creates a dilemma for many women. If the benefits of CBD come from the presence of cannabinoids that include THC, you’re still ingesting THC. It doesn’t necessarily matter if it’s enough THC to intoxicate you. If you take your full spectrum CBD every day, you could be cumulatively exposing your baby to a psychoactive substance. No mother wants to do that.

This is something important to consider when contemplating CBD use before or during pregnancy. The tiny amount of THC isn’t a huge deal when it’s only impacting your body. Things change when it’s also impacting a developing baby.

CBD when you’re trying to get pregnant

If you’re actively making an effort to conceive, you’re probably doing many things differently. You might have a semi-awkward sex schedule, a new wellness routine, a special diet you’re following, and a bunch of supplements you’re taking. You may also be on fertility drugs under the guidance of your doctor. A lot of changes are happening in your life and with your body.

Although you aren’t yet pregnant, many fertility experts recommend that you stop using CBD while you’re trying to conceive. This is particularly necessary if conception could happen at any moment or sooner than you anticipated.

This might sound like the opposite of everything you’ve ever read online. Many people attempting to conceive attribute their ultimate success to some kind of routine that includes CBD, which seems to imply that CBD does something to promote fertility.

This isn’t true. There is no solid evidence to confirm that CBD directly promotes fertility. It might help to relieve stress at a stressful time, which can make people feel better. This doesn’t necessarily mean they’re more fertile. It just means they’re not emotionally wound as tight. These two things do not equate to the same thing by any means.

Be cautious of anyone who tells you that CBD is some kind of infertility cure. It’s a wellness supplement that makes a lot of people feel good. It doesn’t increase sperm count, promote ovulation, or do anything else to influence the process of conception.

Research has shown that THC can negatively impact fertility and lead to poor birth outcomes, including low birth weight. It can also lower sperm count. Passing a joint back and forth with your partner while you’re trying to conceive is only setting you back.

We love weed just as much as everyone else, and we believe that it can be a fun way for couples to bond. Unfortunately, when you’re bonding to procreate, weed doesn’t have a place in the bedroom.

As safe as CBD seems to be, it has not been extensively tested in pregnancy. You shouldn’t use anything you don’t know for sure is safe during pregnancy. While we don’t currently have direct evidence that suggests CBD poses significant harm to a developing fetus, we also don’t have anything that absolves it.

If you’re currently using prescription CBD to control seizures, you generally won’t stop taking it if you become pregnant. Your best course of action in this scenario is to talk to your doctor. Your doctor might find that you should continue taking CBD to prevent seizures or switch you to a different seizure preventative medication. You’ll only know what works best for you after you’ve weighed the risks and benefits with a healthcare professional who is familiar with your medical history.

You can usually use CBD post-pregnancy without any risks, provided you aren’t breastfeeding. From what modern science currently understands, CBD doesn’t pass through breast milk in any meaningful amount, but it may not be worth taking that chance.

Speak about CBD use while breastfeeding your doctor. If you aren’t breastfeeding or cannot breastfeed for other reasons, you can add CBD back into your wellness routines. Many new mothers are stressed and sore, as that’s the tradeoff for bringing a beautiful baby into the world. CBD’s relaxation benefits may be very helpful after childbirth.

Alternatives to CBD that are safe for pregnant people

Nettle, chamomile, peppermint, lavender tea, ginger root, and dandelion are among the list of herbal remedies and teas safe for pregnancy. If you need something to help you relax and soothe your stomach, you’re safe to reach for these things.

Some companies make relaxing teas specifically for pregnant women. If you’re purchasing from a reputable company that provides safety data for the ingredients in those teas and a Google deep-dive doesn’t raise any concerns, plus your doctor is okay with the ingredients, give them a shot.

Avoiding cannabinoids leading up to pregnancy and during pregnancy is the safest approach. If you’re using CBD medically, talk to your doctor. This isn’t a shot you should call without the advice of the person overseeing your care.

After you’ve given birth and/or your child is weaned, you can go back to using cannabinoids unless and until you decide to try to have another baby. Until then, Emjay is always here to meet your cannabinoid needs.