CBG in Weed: What Is It and What Does It Do? 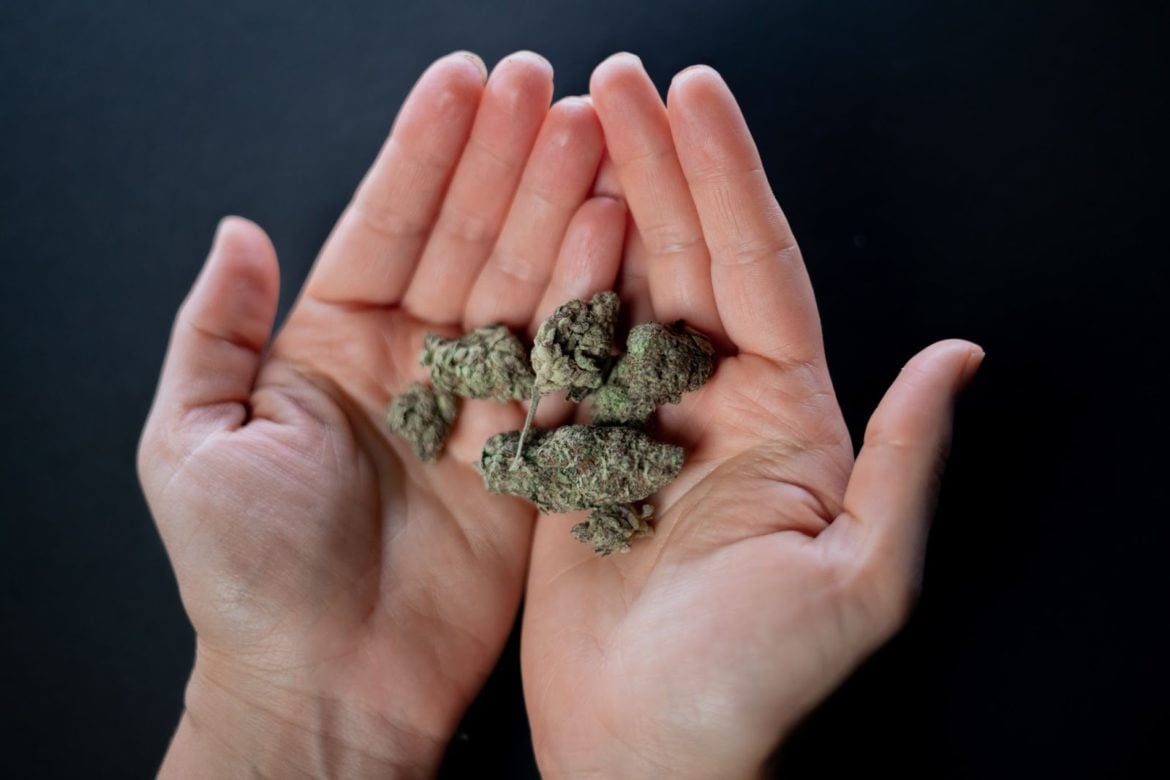 When you’re selecting a strain of weed to try, you’re probably looking at two cannabinoids. You want to know how much THC and how much CBD your weed contains. These cannabinoids are undoubtedly important, but they’re only two of over 113 recognized cannabinoids. They just so happen to occur in the highest concentrations and produce two of the most noticeable sets of effects.

What many people don’t realize is that the full effects of their cannabis, whether it’s the kind of cannabis that intoxicates you or a perfectly mellow hemp flower, comes from the complete portrait of cannabinoids in unison. CBG is an important part of your weed, and some strains have more than others.

Cannabinoids are the naturally occurring compounds in the cannabis plant. Cannabinoids are not exclusive to cannabis. Other plants produce them, albeit in smaller amounts. The human body also produces cannabinoids to supply its endocannabinoid system, which impacts vital processes throughout the body.

CBD has become widely accepted by the mainstream as a non-intoxicating feel-good cannabinoid for its ability to promote relaxation. CBD’s role in most cannabis strains is to provide the “body high” sensation that most people experience with indica strains.

CBD without the THC still works wonders for helping people get better sleep and manage feelings of stress or tension. People like to use CBD before yoga, after a hard workout, or when they’re ready to lay down and chill for the night. It supports the body’s natural ability to feel at ease.

These are two of many. Other cannabinoids are present in lesser amounts and may produce other effects, although they’re generally less noticeable due to their minimal presence. Some growers cultivate cannabis flowers with the specific intention of boosting these beneficial cannabinoids to amp up their effects.

All major cannabinoids begin as something called CBGA, or cannabigerolic acid. The plant uses cannabigerolic acid to produce THCA, CBCA, and CBDA. These are the non-active forms of CBC, THC, and CBD. Almost all cannabinoids start their lives in this acid phase. You could ingest a wealth of THCA and never get high, because, in its acid form, THCA cannot do anything to your receptors.

Heat and light cause these cannabinoids to convert to forms that are useful to the body through a process called decarboxylation. When the naturally occurring plant acids are removed from these compounds, the compounds are able to interact with the receptors in your body’s endocannabinoid system.

Decarboxylation sounds complicated and technical. What it really means is “lighting your weed.” Your weed doesn’t become active until you spark up your joint or light your bowl. It’s the burning of the weed that causes the transformation to take place. That’s why eating an entire bud won’t do anything to get you high unless it has been decarboxylated for edibles first. 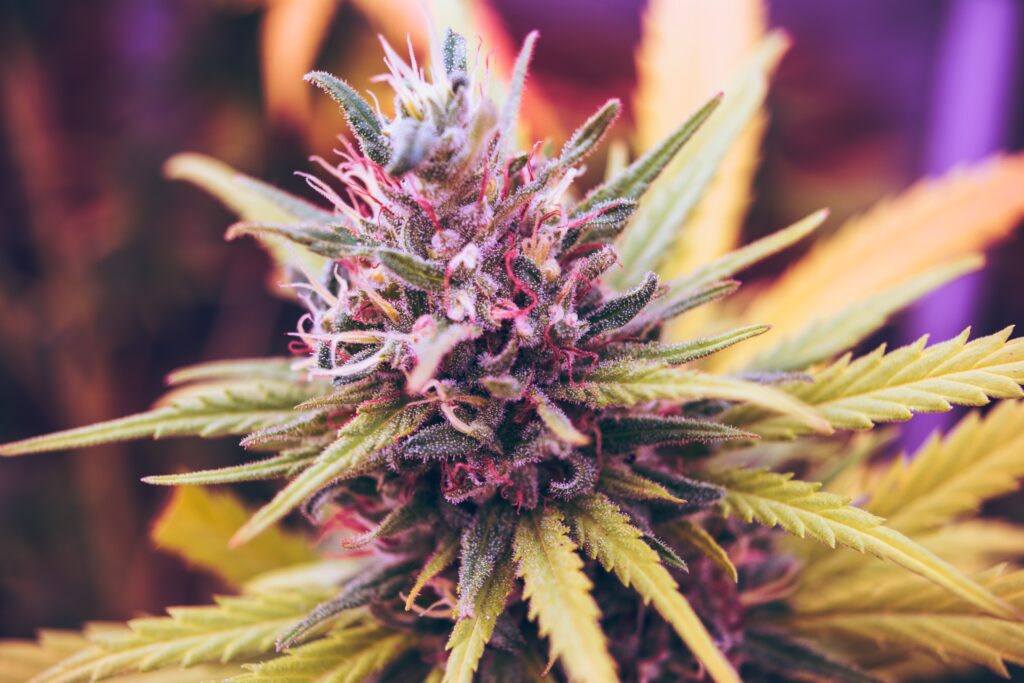 What does CBG do?

CBG, much like CBD, softens the effects of THC. You won’t often find high THC, and high CBG strains because, on paper, the two don’t play well together. Just a little bit of CBG in higher amounts in high THC strains can help to alleviate some of the negative side effects of THC. It dampens THC’s ability to induce paranoia or anxiety when consumed in large doses. Many people benefit from this effect without ever knowing it transpired.

Cannabis is already recognized as an appetite stimulant. In fact, the FDA has approved cannabis-based drugs for treating loss of appetite in chemotherapy patients and people living with HIV or AIDS. Some research shows that CBG may be able to stimulate appetite without the presence of THC. CBG may be a major driving force in this effect.

You may have heard of weed being used as a treatment for glaucoma. The CBG in weed is believed to be the reason why cannabis can help to reduce intraocular pressure. CBG can interact with the cannabinoid receptors within the eyeball, changing the way the eye regulates its levels of inflammation.

One study found that CBG derivatives helped to improve symptoms in people living with multiple sclerosis by regulating neuroinflammation. The results of this particular study proved that CBG was effective, but it’s important to note that this was only one study. Additional studies are necessary to validate these findings.

Should weed be high in CBG?

If you’re actively seeking the benefits of CBG, you’ll want to use CBG in larger amounts. This means hemp would be a better fit for you than traditional weed. Hemp won’t get you high, but it will impart the benefits of CBD, CBG, and other non-intoxicating cannabinoids.

If you don’t want to give up the benefits of THC, there’s an easy solution. Use hemp in place of sativa as your day weed, and use indica at night. You’ll be able to enjoy the THC after a long day at work, and you’ll still get the benefits of your non-intoxicating cannabinoids. It’s a win-win situation.

How do I find CBG in cannabis products?

Lab reports are really cool. They sound nerdy and technical, but they’re the most fascinating thing about your cannabis product. Most reputable growers and companies will have their products or strains tested by an independent third party, who will shoot them over a lab report. The lab report tests for all kinds of cannabinoids, including CBG.

It’s logical to assume that any cannabis product marketed as a CBG product will contain a substantial amount of CBG, but many other cannabis products will also contain at least a little bit. Checking the lab report will let you know exactly how much.

Although CBG hasn’t garnered quite the same popularity as other cannabinoids, that doesn’t make it any less important or interesting. CBG is still being studied for its potential benefits, but the research looks wonderful. In the meantime, you’re free to safely enjoy CBG in your favorite strains of hemp and conventional weed.

You always have the option of using CBG isolate products in conjunction with your favorite weed. CBG comes in a tablet form with no other cannabinoids. It’s also used in substantial amounts in tinctures, often balanced with THC and CBD in different ratios designed to produce different effects. Tinctures will usually tell you what they’re intended to do or support — just pick the one that advertises the benefits that are most important to you.

Emjay makes it easy for you to enjoy your favorite cannabinoids. We have a wide selection of flower available for delivery. Pick something packed with the cannabinoids you like, place your order, and you’ll be enjoying it in as little as half an hour.