How the Heck Is Hash Made? 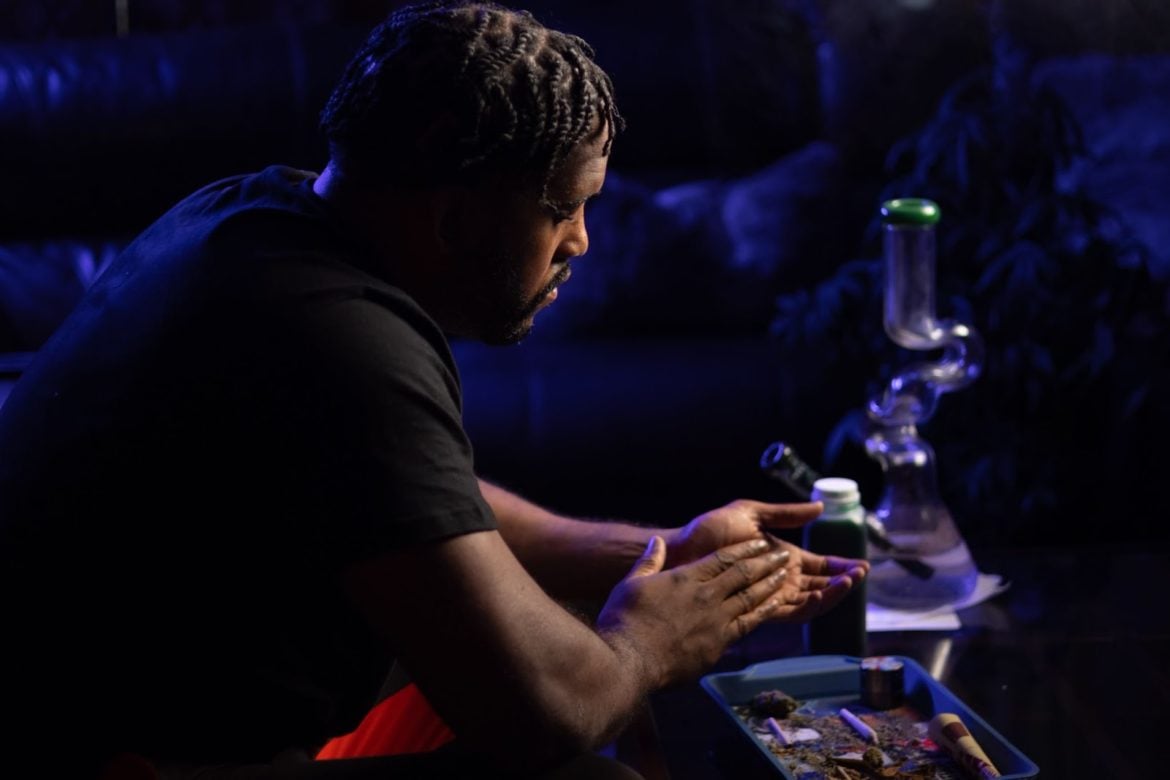 If you love weed, you’ll never say no when someone offers you some beautiful hash. It’s a special treat, kind of like dessert cannabis, that concentrates everything you love about the plant into a tasty, sticky little block. A little dab is all you need to get exactly where you want to go.

If you’ve never made your own hash, you’ll likely be surprised at how easy it is to make at home.

In fact, it’s so easy to do by hand that people have been making their own hashish since the tenth century. It’s a culturally important part of the history of many groups of native or indigenous people, as well as many religious groups who used it ceremoniously.

An overview of hash

Isn’t it great to be able to order a bunch of cannabis concentrates online and have them delivered directly to your door? That’s a luxury that people several decades ago would absolutely never believe was on the horizon. When they wanted to amp up their smoking experience, they had to make hash by hand. Or go to a guy who was really good at making hash.

It’s not like this only went on up until the 2010s when cannabis extracts started to become popular and easy to obtain.  People who used cannabis thousands of years ago noticed the same thing that you probably noticed: when you smoke a lot of weed, resin builds up quickly. It sticks to everything, and it makes a mess.

These people tried compacting and smoking the resin to see what happened, and they promptly realized that it was even better than their cannabis. They called the compressed resin hash or hashish, and we still call it that today.

Handmade hash is a tradition that goes back as far as the early 900s AD. Sufi Muslims used to make hash from cannabis and use it in religious rituals, and it still remains an important (if not controversial) part of Sufi tradition and culture.

Similar traditions were carried on in Nepal, where Nepalese artisans would harvest mountain-grown cannabis and turn it into finely polished orbs of hand-formed hash called Temple Balls. These were seen as a status symbol of sorts, and they remained coveted all the way up into the 1970s.

Every part of the world has its own way of making and using hash. Most of these methods are extremely primitive because extractor technology and butane chambers didn’t exist back then. Storytelling and technique teaching passed down for generations show an important cultural tradition of smoking hash and using it to make edibles. When something isn’t broken, it doesn’t need to be fixed. We’re still using a lot of the same methods to make and enjoy hash at home.

The biggest difference between flower hash and plant refuse hash is the amount of labor that goes into the process. It’s easy to get a lot of hash from a single flower. It’s a little harder (and a lot more time-consuming) to make hash from the scant trichomes on the rest of the plant.

If you’re a home grower that doesn’t want any part of your effort to go to waste, spend an afternoon collecting the trichomes from the other parts of the plant to make your own hash. You grew it with love. Use every bit!

Incidental hash from your fingers

If you’ve been handling weed for a long period of time, the resin and trichomes will stick to your fingers. The heat of your hand keeps the trichome-covered resin malleable, forming it into little balls when you roll your fingers together. Your hands are actually covered in hash.

Rather than washing them to remove the residue (Note: wash your hands afterward — please don’t eliminate handwashing from your life), you can collect the residue from your hands and press it into a hash block. This is usually referred to as finger hash, and it’s one of the oldest methods of hash production. 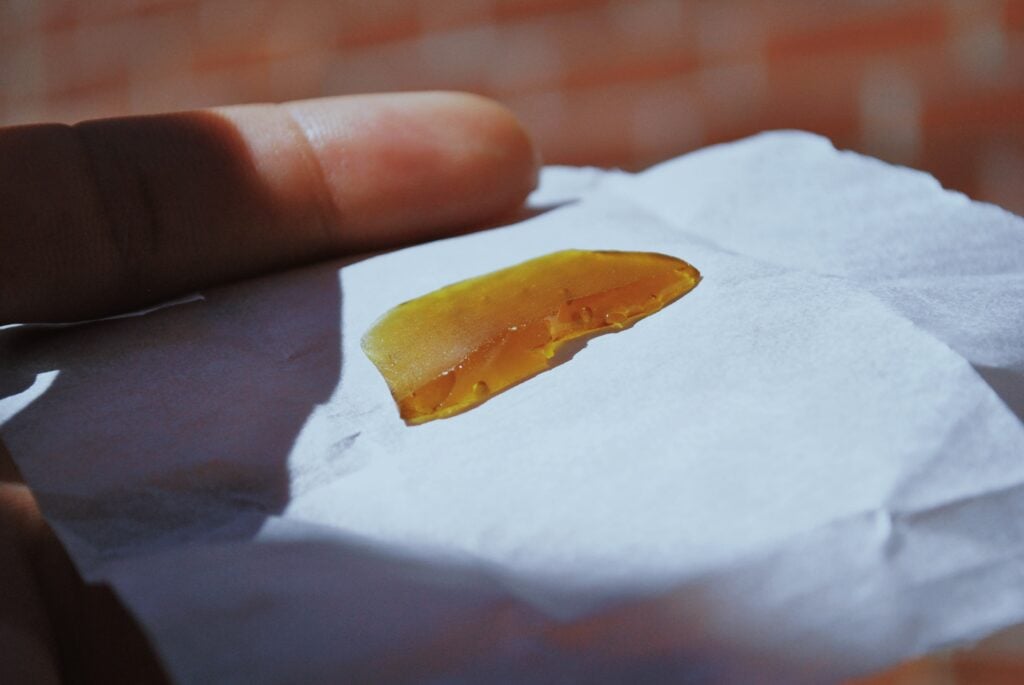 There are two ways to produce hash using heat presses. One involves a machine called a rosin press, which is somewhat expensive. Major manufacturers use industrial-sized high-powered rosin presses to make their rosin hash, but these are cost-prohibitive.

Although still pricey, miniature units for home use are relatively easy to find. If you don’t want to invest in a small rosin press, a hair straightener achieves almost exactly the same results.

Press down as hard as you can for about a minute. The combination of heat and pressure will melt the natural waxes and fats in the bud, causing them to ooze out and take the cannabinoids with them.

Be mindful and don’t overpress them. Keep a close eye and remove them from the heat once they’ve oozed. If you continue to apply heat, you’ll burn the rosin, scorch off the terpenes, and destroy the cannabinoids. It’s better to extract too little rosin from a bud than it is to destroy it with overzealous heat application.

Is hash superior to other cannabis concentrates?

The caveat is that these concentrates are almost always produced with some kind of a solvent, like ethanol or butane. Manufacturers are expected to remove almost all of the solvent, but that doesn’t change the fact that it was there in the first place.

Many people prefer hash because it’s not processed or made with solvents. Rosin hash is a prime example of naturally derived solventless hash, and it’s so popular that many manufacturers have taken to producing live rosin hash products.

It’s a lot of extra work, but people insist that they can taste the difference. They’re more comfortable smoking something that never came into contact with a chemical like butane, even if no butane remains in the final product.

The short answer here: it really depends on who you ask. There are people who are extremely loyal to products like shatter or badder, and there’s the old school group who wouldn’t trade their hash for anything.

Hash has been important to so many people from so many parts of the world for so many years. It’s almost overwhelming to comprehend its rich history and value to people who lived many centuries before us.

There are endless ways to produce and prepare hash. It’s unlikely that we, in this era, will be able to conceptualize a method or use that the cultures that predate us haven’t already figured out.

If you’re looking to try some hash, we’d be happy to deliver you a few hash-infused prerolls or some live rosin.

If you’re interested in trying your hand at making your own hash, we can deliver you your favorite strain of flower for your first DIY project.

Emjay is only half an hour away.