How Long Does Weed Last? 4 Ways To Keep Your Weed Fresh 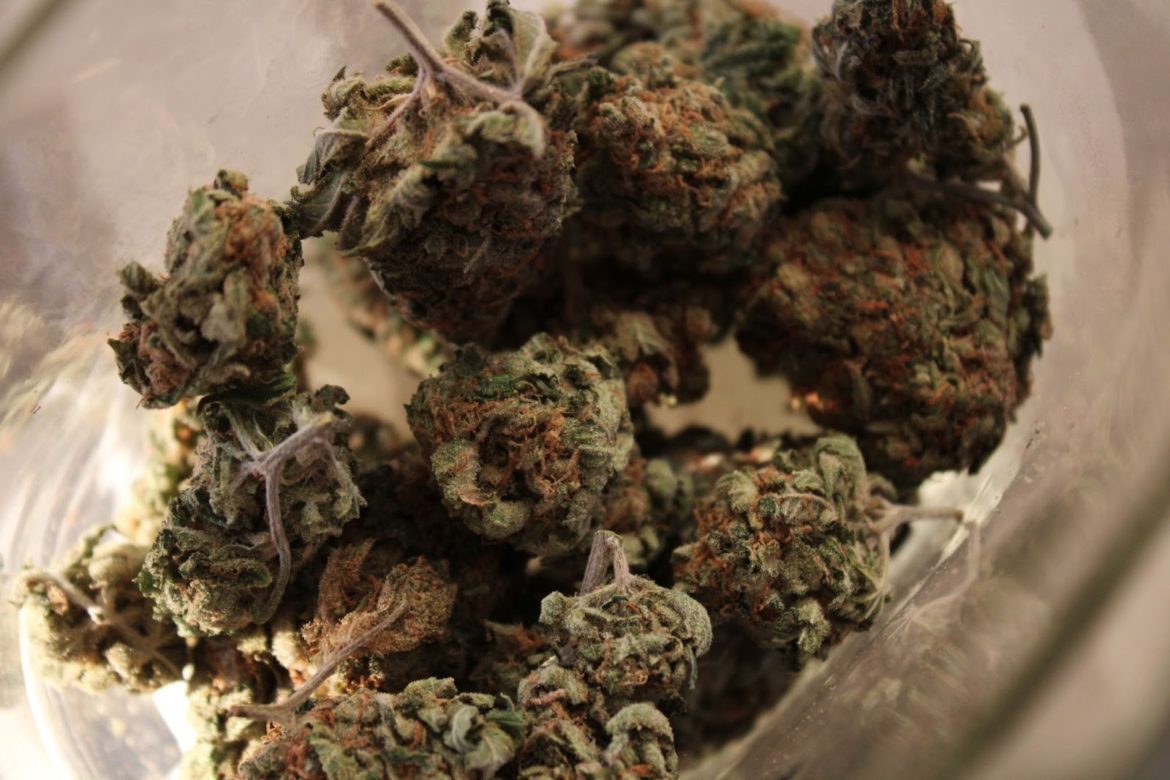 Weed is a plant, and all plants have a shelf life. The spices in your cabinet will lose their flavor after a while, and so will the weed in your jar. Ancient basil won’t do much to liven up your pasta sauce, and old weed won’t do anything to make your night fun.

Although commercially available weed is designed to be stable for a long time, it won’t last forever. If you’re wondering if the weed you found in your coat pocket from last winter is still any good, the answer is no. It might have stayed fresh if you’d stored it properly.

Treating your weed like it’s expensive (even if it isn’t) will help you smoke it down to the last joint, even if you don’t smoke very often.

How long does weed last?

Under absolutely ideal conditions, weed can last up to six years. You shouldn’t count on that. Most weed will last for a year at most if you store it according to best practices. Weed that hasn’t been properly stored will go bad within six months.

When weed gets too old, it doesn’t technically “expire.” As long as it’s free from contaminants, moisture, and mold, it won’t hurt you to smoke it. It also won’t get you high. All cannabinoids convert. The THC in your weed started as THCA. Before it was THCA, it was CBGA. A long chain of events took place to turn your weed into something potent.

When you let your weed sit around too long, THC turns into CBN. CBN does precisely nothing. Some people believe that it works as a sleep aid, but evidence that CBN works without THC is scant. CBN is non-psychoactive, so you won’t catch a buzz from your old pot.

Airtight kitchen containers made of glass or ceramic are your best bet for long-term cannabis storage. The same kind of containers with the rubbery seal and the metal locking latch that you use to keep your sugar from clumping up and to prevent ants from entering the container. Screw top containers with the same rubber seal will work just as well, as long as you remember to close them tightly.

The container should be appropriate for the amount of weed you’re putting into it. The more empty space there is, the more air will be able to enter the jar. That’s the last thing that you want. Air is harmful to your weed. After your weed has been dried and cured, the goal is to keep it exactly where it is. Air exposure can cause additional drying that will convert your cannabinoids into less than desirable cannabinoids.

You also need to keep your weed safe from moisture. Where there’s moisture, there’s the potential for mold. Mold is quick. It can begin to grow in as little as 24 hours. Unchecked moisture, even if only for a day, can completely ruin your weed. Airtight containers are also watertight, but it won’t hurt to toss a moisture-absorbing packet in the container with your weed.

You can use a clear glass container if you’re storing the jar in a place where it won’t come into contact with light. If you’re leaving it out in the open, choose an opaque container. Sunlight is dried and cured weed’s mortal enemy. Ultraviolet light accelerates the deterioration of weed. If you only have clear glass, cover it with something or place the glass inside a larger opaque container.

Heat destroys terpenes and accelerates the rate at which cannabinoids degrade. Weed can live a decent lifespan if it’s kept around 70 degrees. When in doubt, it’s better to go colder than it is to go hotter.

Your refrigerator is a suitable environment for weed, as long as it maintains its temperature well. It stays nice and chilly, and sunlight never sees the inside. You can also put your weed in the freezer, but that isn’t necessary. You’ll keep it preserved, but long-term freezing can cause all the trichomes to break off. You don’t want to lose valuable cannabinoids, and it can be hard to tell trichomes apart from little bits of frost.

If you don’t have a fridge you can use to store your weed, a cabinet in a spot that doesn’t get too hot will work. Don’t put it in the cabinet above your kitchen range or under a sink that frequently runs hot water. Pantries and clothing closets will work much better. 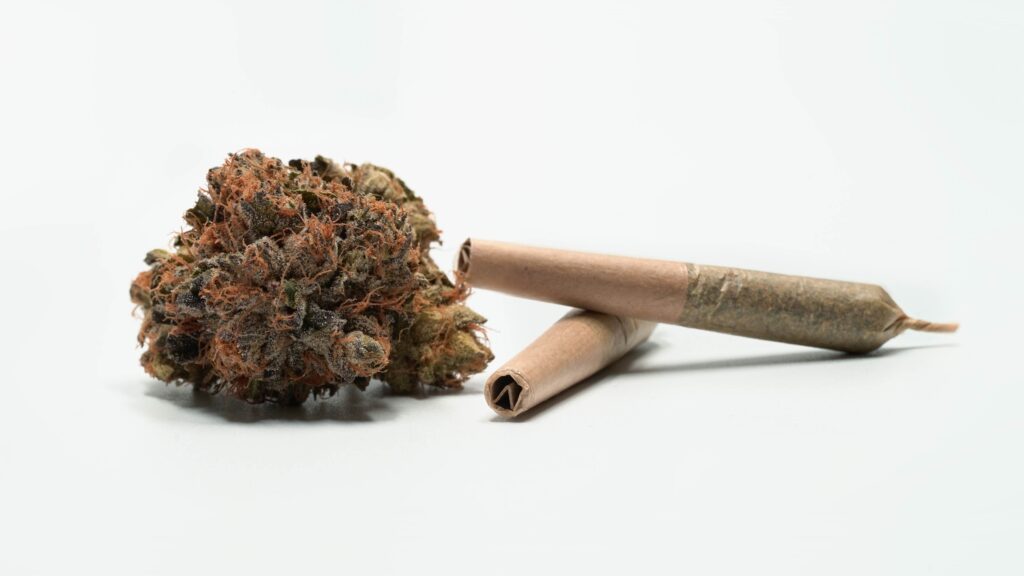 3. Get a weed humidor

Cigar humidor boxes are made with cedar, and the cedar imparts a wonderful flavor into aged Cuban tobacco. It will make your weed taste disgusting. Weed and tobacco have completely different flavor and aroma profiles. Don’t try to store your weed in a cigar humidor.

Cannabis humidors are one of the greatest inventions of the modern age. They look fancy, and they make great conversation pieces. They’re equipped with humidity systems and made of neutral woods that won’t impart a flavor. They usually come with custom jars designed to work with the humidity system, and many of them are equipped with locks for a little extra security.

Many cannabis humidors are designed to be completely discrete from the outside. They’ll look like beautiful wooden boxes, and they’ll blend right into your bookshelf. If the “hiding in plain sight” approach works best for you and you don’t want to mess with containers or temperature regulation, a humidor is the easiest solution.

The less time that passes between the cannabis being dried and the cannabis being used, the better the cannabis will be. How much weed do you smoke a month? Buy that much. If you have four go-to strains, split the amount between each strain. Pick up some more when you’re almost out.

If you don’t keep more than you need for the next few weeks, chances are very slim that your cannabis will go bad before you get to use it. If you know you aren’t the type to follow through with proper storage, keeping as little weed on hand as possible will prevent you from wasting perfectly good cannabis.

What you shouldn’t be doing

Do not put your weed in a sandwich bag or the cellophane from a cigarette pack. Those days are over. It’s legal now. Treat your bud with some dignity. Vacuum seal bags may be a viable option if you wound up with more weed than you need for the next month or two, but plastic bags or other clear plastic containers are never a good idea.

A plastic medicine jar is not a good long-term solution for weed. If you need to make it portable, this solution will work in a pinch. Just don’t take more than you need and promptly return any leftovers to a more suitable storage container.

You might have read on the internet that it’s a good idea to restore very dry cannabis by storing it with something like an apple, orange peels, or some kind of vegetable. The idea is that the natural moisture will somehow reinvigorate the cannabis. That is terrible advice. If your bud is crunchy, it’s gone. It’s overdried and the cannabinoids have already degraded. By introducing a moisture-rich plant into the mix, all you’re doing is creating the potential for mold growth. You’ll wind up smoking stale, moldy pot with almost no THC in it. This creates more problems than it solves.

Lastly, you shouldn’t be bogarting all the weed. You don’t technically have an obligation to share it with anybody, but if you have the choice between having to throw out a bunch of weed in a week or two and being a great friend, it’s a no-brainer.

If you have more than you can use and you know it’s going to go bad, share it. Invite a few people over. Play something, watch something, take out the guitars, and make some tacos. Be everyone’s favorite person in the room, if only for a few hours.

Weed is a delicate flower, and it should be treated like one. If you want your weed to last a long time, you need to put consideration into the way you’re storing it. If you burn through weed slowly, it’s worth investing in a proper storage solution.

If you just want to smoke weed and have a good time, we get it. We’ll deliver you an eighth for the weekend. Have a few friends over, use it all up, and call us again next weekend. You won’t have to worry about storing a thing, and there won’t be anything left to go bad.