Grinding Tips for Weed Without a Grinder 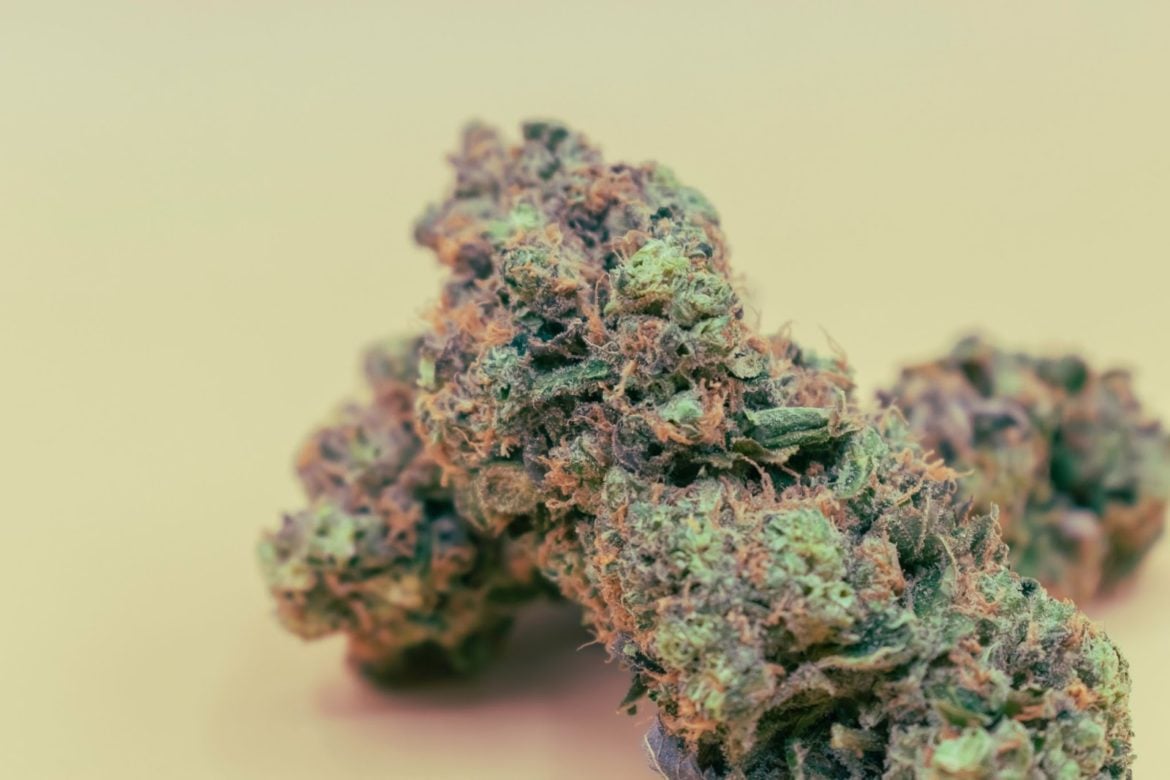 You really need a good grinder. If you haven’t come to that conclusion yet, you’re probably realizing that right now. If you forgot to bring a grinder with you or you can’t find it, there are a few things that will work in a pinch.

What happens if you don’t grind weed?

It would be really convenient if you could drop a whole bud into your bowl and spark it, but it just doesn’t work that way. It’s like trying to start a campfire by torching one giant log. All you’re going to do is burn the outside of the bud and ruin the flavor of the inside of the bud.

Grinding your weed allows it to burn evenly, promoting the flow of oxygen between the little tiny pieces. A thorough grind is necessary for an even, smooth burn. Your weed ignites like kindling, helping to burn the paper of your blunt or joint.

When you’re rolling a joint, a fine grind is the key to the perfect smoke. It won’t burn down more on one side than the other, it won’t go out halfway through, and it won’t taste burnt before you get to the filter or crutch.

When you have a recipe that requires you to chop fresh or whole herbs, you don’t use a grinder. You put them on a cutting board and use a sharp, weighty knife to slice them into small pieces or shreds. Your weed isn’t too different.

Lay your weed out on a cutting board and start by roughly chopping it. Remove stems and seeds as you encounter them. After you’ve made your rough cuts, scoop your weed back up into a mound and chop through it in the opposite direction. Keep gathering it back into a pile and chopping through it in different directions until the pieces are small and manageable.

It might be worthwhile to chop up all your weed at once, rather than what you need at the moment. Larger quantities are easier to chop than smaller quantities because they create bulk. You also don’t want to decide you’re in the mood for a second joint and start chopping things up with chef’s knives while you’re kind of high. Save the sharp objects for when you’re sober.

The snip and shot

Cutting your weed up with small, sharp scissors will give you the same effect as grinding your weed. The only problem is that cutting up something dense and leafy with really sharp scissors will send little bits of flower flying all over the place. The best solution is to use a small container to hold your bud and prevent you from losing weed while you snip.

A shot glass is a perfect size to hold your bud. Just drop your weed in and snip down into the shot glass, allowing the small pieces to accumulate. If you don’t have a shot glass, a small juice glass will work just as well. As long as the diameter of the container isn’t too large and the sides aren’t so high that you can’t access the bud with your scissors, this method is fairly simple and effective.

Do you remember that mortar and pestle you bought to make pesto with once? The one that’s still sitting in the back of your cabinet, where you promise yourself you’ll use it again someday? Guess what? That day is here.

A mortar and pestle is an antiquated piece of equipment, but it’s very effective at crushing and blending things. The design is undoubtedly ancient and probably reminds you of Skyrim or The Witcher, but there was never a reason to change the way a mortar and pestle operate. They’re still used to make things like guacamole and homemade nut butter because no other tool works quite as well.

Take the old-timey apothecary approach by tossing your bud into the bowl and using the pestle to crush it up. It’s literally what the mortar and pestle were designed to do, and it’s the way dinosaurs used to grind their weed. We might have made that up, but the sentiment is the same. The tool has been used since the stone age.

This one may not work too well if your weed is really sticky or really wet. It’s better for bud on the drier side. If your bud has a little bit of crunch to it, this method works perfectly. The wake and bake

Coffee grinders are underappreciated as traditional household appliances. It’s easier to buy pre-ground beans or pods. Better still, it’s easier to have a cold brew when it’s really hot outside. You probably aren’t using your coffee grinder for its intended purpose, and that’s fine. You’re about to give it a whole new life.

Coffee grinders are perfect for grinding up weed, especially if you have a large quantity. You can grind up an eighth or more at once in a coffee grinder with relative ease. Make sure you get stems and visible seeds out before tossing it in.

If you don’t have a coffee grinder, you might have luck with a small, bullet-style blender. You’ll get a decent grind as long as the motor is powerful enough. This method isn’t as perfect as a coffee grinder, but the results will be similar.

Don’t try to put your weed into your giant Vitamix. It isn’t compact enough, and your buds will bounce around without getting correctly diced. You can’t add juice to hold everything together, so a smaller container is the only way a blender will work.

After you’ve ground it all, put it in an airtight container that blocks out the light. A ceramic kitchen canister will do the trick. You’ll have a wealth of ground weed when you need it, and your life will be a lot easier. You can pack it into cones and roll them up in advance if you have the time. Think of it as meal prep, but for weed.

You can use a cheese grater or a citrus zester to shave your pot into fine sprinkles. This isn’t the most ideal method. It’s easy enough to slip and cut your hand when shaving a block of hard cheese. A bud is smaller and a little more challenging to handle. This method requires the most patience, and let’s be honest, do you really feel like washing the cheese grater?

In the absence of anything better, it will work. It’s better to try cutting it with scissors first. If that’s not working out well, use the cheese grater as a last resort. Be mindful that all the tiny holes on your grater or zester will collect resin and trichomes that you may not be able to get back. There’s a bit of loss with this method. Be mindful of that while you’re cleaning it, or you’re going to wind up with hash cheese on your spaghetti.

The resin from your fingers is called finger hash. It’s something that people have been doing for hundreds of years. You can roll up the finger hash and throw it into your joint or toss a small piece on top of your bowl. It’s messy, but nothing goes to waste.

There are many ways to grind your weed without a grinder, and some are more effective than others. A coffee grinder may work better than a hand grinder if you prefer to grind all your weed at once, but that’s the only instance where a hand grinder isn’t ideal. You should probably get one.

Emjay can deliver you a grinder (and the weed to put in it) in about half an hour. If you’re less patient, we can also deliver you pre-rolls. You don’t have to grind or roll anything if you’re not feeling it. Please, whatever you do, don’t dig out the cheese grater. We’re only ever an episode of your favorite TV show away when you need us.