How Many Cannabis Dispensaries Are In Los Angeles? 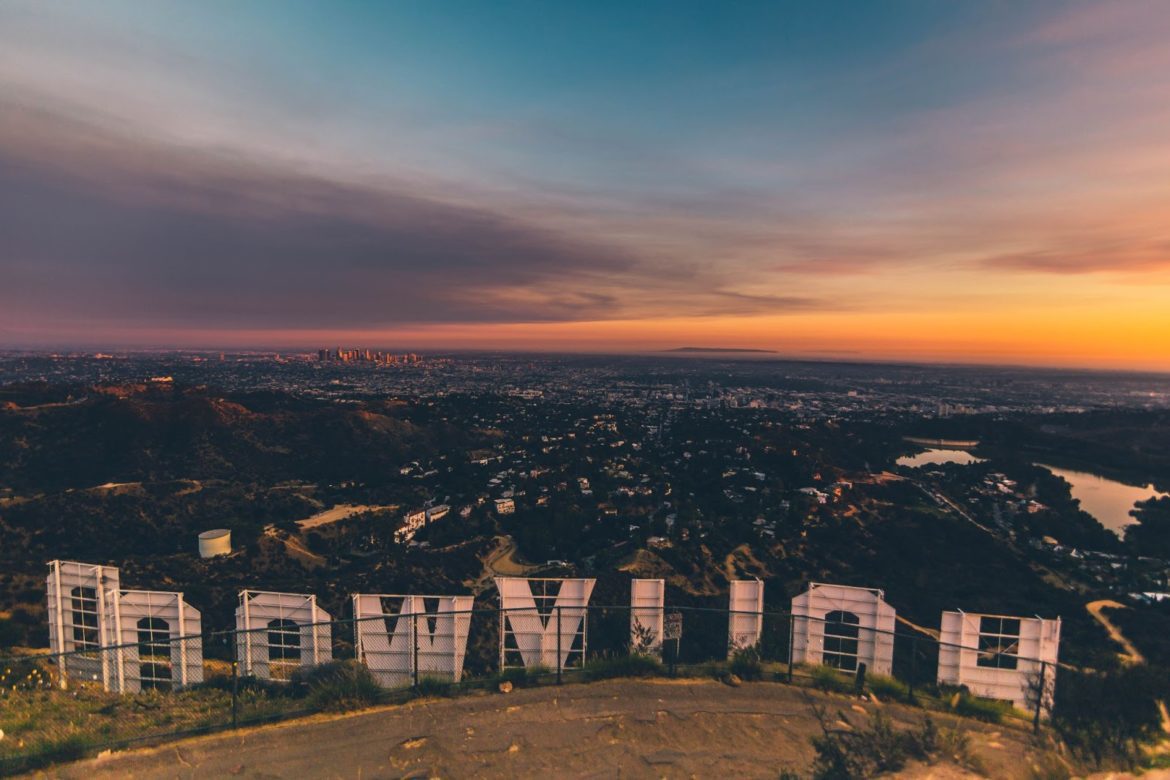 Recreational and medical marijuana use is growing throughout the United States. In addition to LA, big weed-friendly cities are experiencing rapid booms in marijuana dispensaries and pot shops as more and more store owners get provisional licenses and begin selling cannabis to eager customers.

However, the LA metropolitan area covers almost 500 square miles — that’s a lot of room for new dispensaries! It’s tough to know how many cannabis retail shops are in LA, as well as which of those dispensaries are actually legal and licensed, and worth your time altogether.

There are two different types of dispensaries: ones that are for recreational & medical customers and others that are only for medical users.

These differences also translate to different experiences in the stores. For instance, medical marijuana dispensaries usually have patients wait before being invited into a salesroom, where they’ll speak with an expert budtender or cannabis provider who can get them exactly what they need for their medical issues. Furthermore, you’re usually barred from entering a marijuana dispensary unless you have a copy of your medical prescription for cannabis.

On the flip side,  recreational cannabis dispensaries can be accessed by anyone over the age of 21. These stores also offer a more traditional retail experience, where customers can browse different cannabis strains and accessories at their convenience.

It’s also important to consider licensed and unlicensed cannabis stores and dispensaries. As of 2019, the illegal marijuana market in California (and by extension, Los Angeles) was around three times as big as the legal pot industry. This means that even today, you’re more likely to stumble onto an illegal marijuana store than a legal one if you’re just touring LA looking for a great place to buy.

For instance, one recent audit found that there were around 2800 unlicensed dispensaries throughout California, compared to only a little under 900 licensed sellers.

Why does this matter? Legal and licensed marijuana dispensaries and stores have to abide by state-regulated rules and production standards. If you go to an unlicensed or unregulated store, it’s not much different than buying marijuana on the street from a dealer who promises what he’s got is the “best” stuff on the block.

Basically, it’s always better to go to a licensed and regulated store or dispensary when you can. It’s the best way to make sure that you only get the best product and don’t accidentally ingest or smoke something that’s bad for your health or that may come with unnecessary side effects.

So, how many legal weed dispensaries are there?

That depends on who you ask! In truth, this is a complicated question since different authorities have slightly different answers.

For example, the L.A. City Controller claims that there are almost 140 compliant marijuana shops within the LA metropolitan area. All of these dispensaries are legitimate under the voter-approved Proposition D, which authorized legal immunity from certain types of prosecution for a number of marijuana shops.

However, that same source also claims that there are probably over 1500 illegal marijuana stores and dispensaries scattered throughout the LA area. That’s a huge difference, and it makes it even more important that you make sure that your marijuana store or supplier is legitimate before placing an order.

A more recent count shows about 187 licensed dispensaries throughout the LA metropolitan area. That’s a little bigger than what the L.A. City Controller estimated, but it’s probably a little more accurate given that the Controller’s data is from 2017.

Due to increased legalization and public approval for recreational marijuana, it’s not a big surprise that the number of licensed dispensaries shot up a little bit over the last few years. This also means, however, that the number of illegal marijuana stores has also likely grown significantly, making the search for good weed providers that much more difficult. 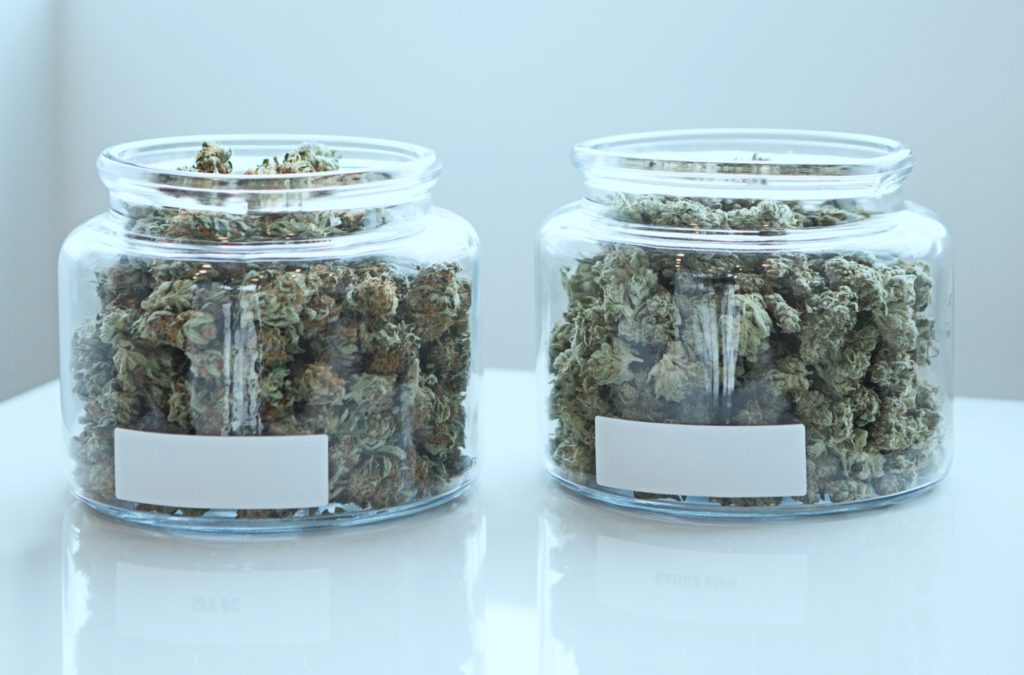 It’s ultimately a good thing to be aware of the vastly higher number of illegal stores and dispensaries when you’re looking for a new supplier.

In short, always do your research before trying out a new medical or recreational marijuana supplier or store. Double-check to make sure that they’re licensed and regulated before giving them your business and you’ll have a better experience, plus save money.

Why use a cannabis delivery service?

Many LA residents are turning to delivery services as opposed to stores. There are a few reasons for this:

For instance, Emjay is a licensed and regulated marijuana delivery service for users throughout the LA area. Even better, Emjay is committed to providing quality weed at affordable prices no matter what you’re in the mood for or what your favorite strain is.

As a top-tier weed delivery service, Emjay is vertically integrated – this means that we own all of our infrastructure, as well as hire and train our own delivery drivers. Since we save money through all of these steps, we can then pass those savings on to you: our customers.

We’ve only become more popular since weed delivery was legalized in California and LA – in fact, delivery has been legal since 2016. Plus, delivery services are totally legal so long as the product is transported in certain types of vans or trucks.

Bottom line: there are tons of legal marijuana dispensaries throughout LA, but there are many more illegal dispensaries that could potentially give you trouble, either through offering subpar marijuana products or just by breaking the law. Going with Emjay – a licensed weed delivery service with a proven track record – is a much better choice if you only want the best cannabis.

In the end, the weed industry is likely going to grow throughout LA, and we wouldn’t be surprised if another thousand dispensaries and stores, both legal and illegal, cropped up over the next few years. However, since regulation isn’t quite as thorough as it should be, it’s also likely that illegal stores will continue to outnumber licensed marijuana dispensaries by a fair margin.

The best way to make sure that you stick with a regulated weed provider is through a delivery service like Emjay. No hassle, no fuss: just place your order and get your weed shipped straight to your door in a few hours. Give us a try and see what you think!

Here Are The 3 Ways To Buy Marijuana in Los Angeles