Where To Buy Cannabis Stocks

Making money can be exceptionally challenging when it comes to investing in the nascent cannabis industry. It is so new, so fresh, and there is so much uncertainty, the marijuana stock market world can be daunting to navigate at first. Read this guide from Emjay on how and where to buy marijuana stocks.

Everyone’s noticed how the marijuana industry has seemed to explode over the last few years, especially with more and more states are legalizing the recreational use of cannabis products. But with all this industry success, is it a wise idea to invest in marijuana companies?

If so, where can you buy marijuana stocks, and which stocks should you choose? This is a complex topic, so our guide will just go over the basics. But by the end, you’ll have a stronger grasp on where to buy marijuana stocks and whether it’s a good idea to add marijuana company shares to your portfolio.

Where do you buy marijuana stocks?

You can purchase cannabis stocks on the two major stock markets in the U.S.: the NYSE and NASDAQ. Cannabis stocks are also trading on the major stock market in Canada, called the Canadian Securities Exchange, or CSE for short. Any trading website, like Fidelity, E*TRADE, TDAmeritrade, Robinhood, and more, will be where to go to begin the buying process.

Now, if you actually want to know how to make money through marijuana stocks, it becomes more complex. What stocks are worth your time and money, and which companies are up-and-coming, trustworthy operators instead of possible red herrings?

The stock market is a hugely complex web of commerce. People make and lose fortunes every day by trying to understand its trends and through developing algorithmic or gut-level approaches to their decisions.

Here are a few things to keep in mind as you proceed:

These tips, of course, also apply to general market trading. In a way, trading with cannabis company stocks is no different from doing so with stocks from any other budding industry.

Now let’s get into some specifics.

Marijuana stocks are somewhat analogous to the .com boom of the late 90s and the early 2000s, or the smartphone technology industry boom in the mid-2000s. It’s an industry set to grow as more and more states legalize recreational marijuana, which means that more companies are starting to crop up and throw their proverbial hat into the ring.

This represents a great opportunity for profit. As companies grow, they make initial public offerings or IPOs, offering fundraisers (stock market buyers) the opportunity to own a part of a company. If you purchase shares for a marijuana company, and that company’s value then goes up, you can later sell those shares for a great profit on the market. Since the cannabis industry is so new, many experts predict its market share will grow in the next few years and decades.

If you’re already a marijuana enthusiast, you can play this game more capably than a regular stock market broker who doesn’t know the first thing about the industry. In fact, part of successfully playing the market means understanding the industries in which you’re active.

Do you know what makes a good marijuana company? Can you confidently predict which companies turn out great cannabis products and which companies have solid profit models? Which multi-state operators are doing a good job, in your eyes? If you’re already knee-deep in cannabis culture (or you read our blog posts), chances are you can make some money by investing in marijuana companies on the stock market. Trust your intuition on the best companies in the game right now, they could become major players on the national stage in the future.

What are the risks inherent in marijuana stocks?

While marijuana companies are rapidly growing and represent fantastic future profit potentials, they do come with several risks.

If all these factors aren’t enough to dissuade you, read on.

How to choose marijuana stocks to buy

There are lots of marijuana stocks to choose from. But how can you know which ones you should put your money into? Here’s what you should keep in mind as you decide:

Ultimately, remember to make smart buys instead of purchasing on gut instinct alone. Try not to invest too much money into the stock market that you can’t afford to pay your bills. While the stock market always eventually goes back up, that won’t help if you empty your bank account in the meantime.

Are marijuana stocks part of a diverse portfolio?

Marijuana stocks are still relatively unproven in the long term. It’s been eight years since recreational marijuana companies have established a foothold in the U.S. and only 2 years since they have been allowed to trade on the major stock exchange marketplaces.

Our advice? There’s no harm in purchasing a few marijuana stocks if you already have a relatively diverse portfolio, with investments in long-term holdings and stable stocks that are likely to return your investment for years to come.

As with all investments, don’t put all your eggs in one basket in the marijuana industry. There are simply too many unplanned variables still in the air. There’s no way of knowing which it’ll be until another few years pass. All investors hold their breath for the day when the federal government legalizes recreational marijuana.

In the end, you can and maybe even should buy marijuana stocks on a licensed and regulated official stock market exchange like the NYSE, NASDAQ, or CSE. That’s the best way to experiment with marijuana stocks.

There are some risks. But those who do get in on the ground floor of this developing industry have the potential to make huge profits over the next 10 or 20 years as the recreational marijuana field blooms (pun intended).

Whatever you choose, be sure to only invest in qualified and top-tier cannabis companies like Emjay. As the best weed delivery service in the LA area, we’re one of those companies that’s sure to succeed over the coming decade. We’ll only grow stronger, so consider investing in us and checking out our online catalog of trusted cannabis brands while you’re at it. 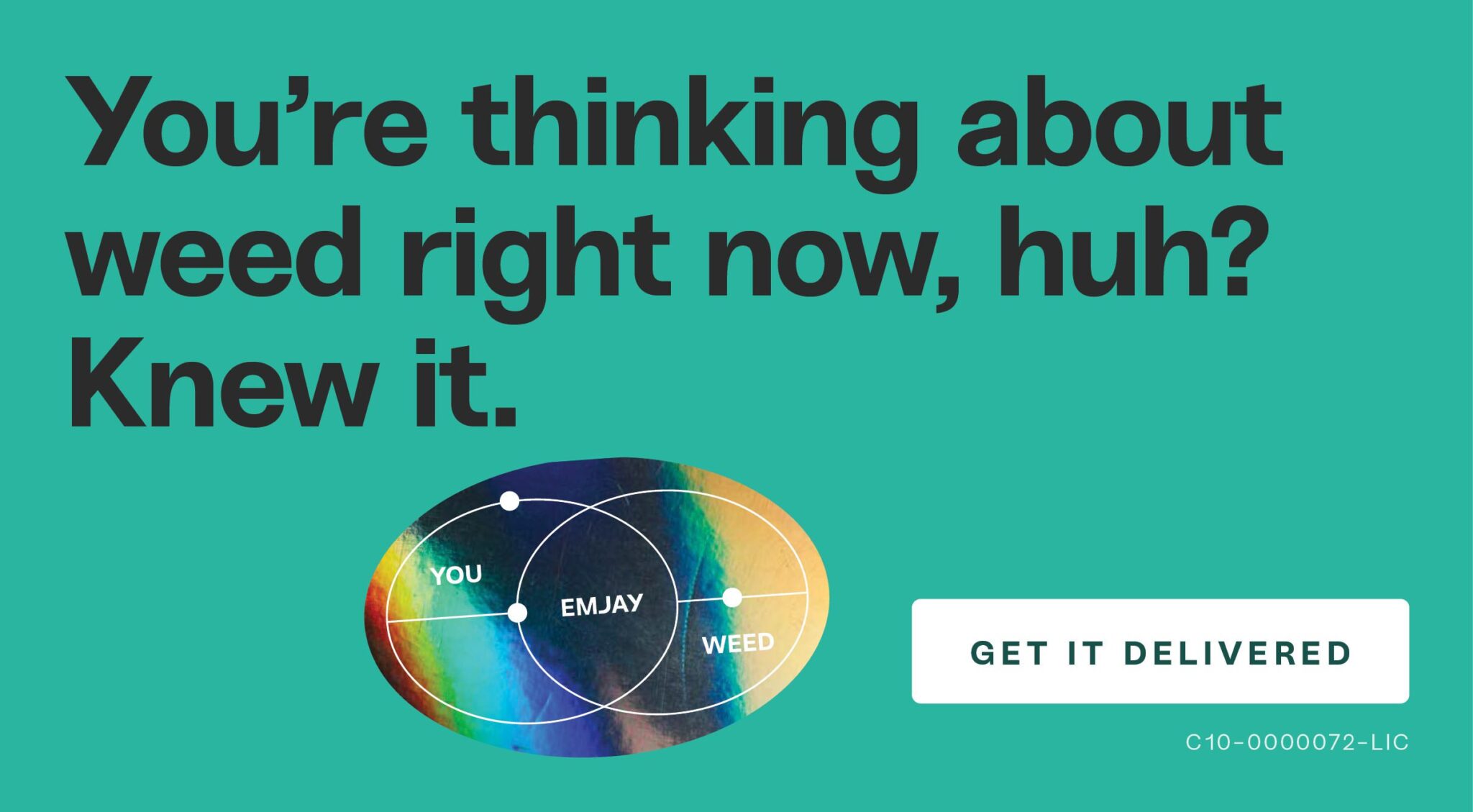