Why Does Weed Make You Anxious? 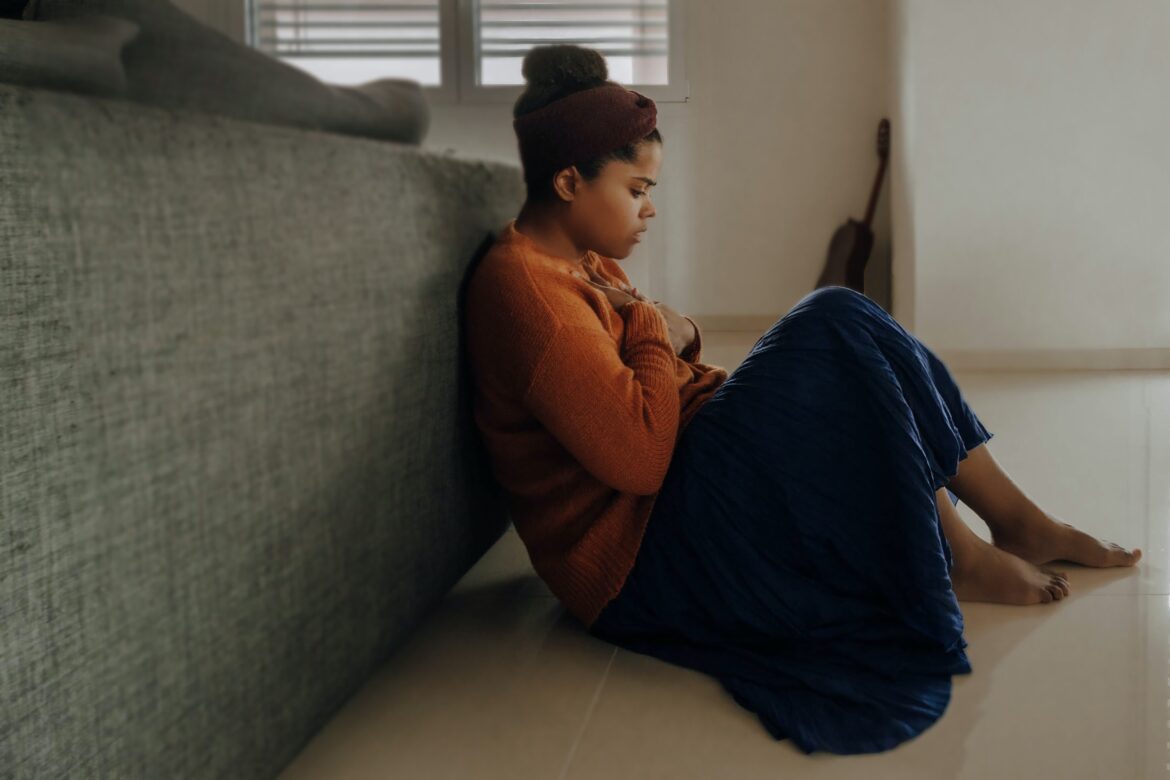 So many people claim that weed helps them with their anxiety. In fact, it’s easy to get approved for a medical cannabis card if you’re dealing with anxiety. If this has been the exact opposite of your experience, you’re probably really confused. If weed takes you from a slightly stressed emotional state into a way worse emotional state, you probably think that everyone is full of it.

They’re telling the truth. They’re probably experiencing relief from their anxiety. The answer comes in what you probably don’t know about cannabis. Weed isn’t as simple as weed. It’s a complicated labyrinth with tons of nuances, and every strain is different.

You might have been using a strain that’s known for its ability to incite alertness. If you’re looking to feel less anxious, making yourself more alert is going to drive you far away from your destination. You wouldn’t drink four double espressos and take a nap, and you shouldn’t smoke high-powered cerebral weed to quiet your mind.

Even well-versed cannabis users who are experts on their own preferences and limits will occasionally smoke a strain that ruins a great afternoon for them. Not all weed works the same for all goals. Understanding what to look for in an anxiety-reducing strain will dramatically reduce the risk of a bad experience.

It’s all in the difference between CBD and THC

THC is the cannabinoid that gets you high. CBD is the cannabinoid that everyone loves for its de-stressing qualities. THC is up, CBD is down. You need the right ratio of up and down to soothe your anxiety. If you smoke a strain that’s 30% THC and 0% CBD, you’re probably going to feel wired and hypervigilant. Let’s not go there.

Look for low THC strains that contain at least a little bit of CBD. CBD helps to counteract the effects of THC by preventing it from binding to the receptors in your brain. Your high will be fleeting, but your state of relaxation might last for a few hours.

Many people who use cannabis to find a state of emotional relief are crazy about Harlequin. Harlequin is relatively balanced in its CBD and THC ratio. When CBD and THC are closely matched, the CBD mellows out the THC significantly. You’ll get more of a soothing tingle than a high. You might want to take a nap or lose yourself in a comforting binge-watch session of your favorite show from your teen years.

This strain can be fairly hard to come by because the general public tends to prefer higher THC strains. Dispensaries with very large selections will often carry it, but your standard mid-sized dispensary may not. If Harlequin agrees with you, stock up when you find it. If you put it in an airtight container that blocks out the light and store it in a cool dry place, it can last you up to a year.

Research seems to show that something called The Entourage Effect plays a huge factor in the way weed works. The Entourage Effect demonstrates that a strain’s effects are significantly impacted by its terpene balance. Think of it as similar to aromatherapy. When you smell lavender, you feel relaxed. When you smell rose, you feel romantic. Or maybe you don’t. Those scents may disagree with you, and if that’s the case, you don’t want to smoke a strain that contains the same terpenes.

For most people, strains that contain linalool, the main terpene in lavender, are very relaxing. Limonene, the terpene present in the rinds of most citrus fruits, makes people feel happy. It’s a nice little pick me up. Other people like stains with the terpene beta-caryophyllene, which lends cinnamon its warm, comforting, and homey aroma.

You’re going to get the best quality of relaxation if you choose a strain that’s high in a terpene that agrees with you. If you cannot stand the smell of pine cleaner or tea tree oil, you’re probably going to have a fervent dislike for strains high in pinene and eucalyptol. You know what you like. Go with a terpene profile that’s most appealing to you. 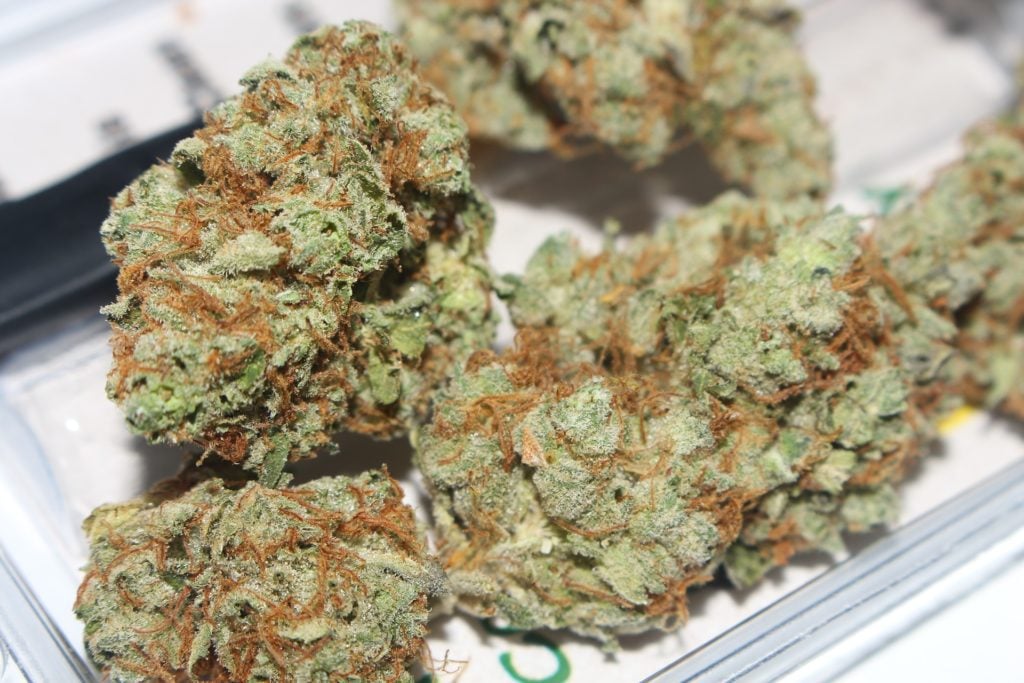 A tip for choosing weed based on terpenes

Dried and cured cannabis flower has less than half of the terpenes the plant contains while it’s alive. More than half of them evaporate away. You’re only going to get limited terpene benefits from flower or from products made from dried flower. Most vape carts and extracts are produced this way.

If you’re interested in the aromatherapeutic effects of terpenes, go with live resin. Live resin is extracted from the plant before it’s dried and cured in order to preserve the terpenes. The end result is a very tasty and beautifully aromatic cannabis with a lively and vibrant flavor.

Stay away from edibles for now

If you’re dealing with anxiety, you probably don’t want to use an edible. You cannot predict when edibles will kick in or how long they’ll last. People who respond very well to THC and have high tolerances love them, but someone who wants to feel more in control of their experience may dislike the unpredictable nature of edibles.

You don’t need to avoid edibles forever. You should wait until you feel comfortable with weed and establish a tolerance. When you know how weed works with your body, you can try a low dose edible. Just be mindful of the fact that the high is going to last a long time. If you’re not anxious at the thought of that, you’ll probably have a good experience.

Anxiety causes tension throughout the body. If you’re using weed to relax, you might find that the energizing effects of sativa can stimulate you a little too much. If you want to wind down, choose an indica strain. Indica is known for its ability to provide a body high, with strong indica strains inducing the “couch-lock” effect where you don’t want to move. If you want weed that’s going to put you to sleep, go for a strain like Granddaddy Purple or Northern Lights.

What to do when you’re already anxious from weed

Since CBD does a fantastic job of blocking THC, you can use a lot of CBD to counteract its effects. If you have a highly concentrated CBD tincture hanging around, now would be the perfect time to use it.

If you don’t, you probably have black peppercorns in the kitchen. Black peppercorns are full of beta-caryophyllene, a terpene known for its ability to offset some of the anxiety-inducing effects of THC. Chewing on some peppercorns or generously grinding them on whatever you’re eating can provide substantial relief.

It also helps to isolate yourself from people, chaos, and outside noise. An overwhelming environment isn’t going to help you feel any better. Get comfortable in a place where you can control your surroundings. If possible, change into your favorite pajamas.

Keep it quiet and dimly lit. if you find that having someone to talk to eases your anxiety, call or text a trusted friend. Wind down for a little while. Make sure you’re not hungry or thirsty. Grab some water and order some food if you need to refuel your body.

Weed, by nature, isn’t something that generally causes anxiety. A lot of factors play into why certain strains make people feel anxious, while other strains make all their cares melt away. If you want a strain that soothes you and lulls you off to your happy place, you’re going to have to do a little research. Understanding terpene and cannabinoid content certainly helps. Before you buy a strain, do a little digging.

Emjay has a huge selection of strains, including many that people swear by for their anxiety-reducing effects. Take your time to pick out a strain or two you feel would agree with your body. We’ll deliver that strain in half an hour. Take a tiny hit and see how you feel after ten minutes. Slowly increase your dose if you’re vibing it.