High CBG Strains: What Strains Have the Highest CBG? 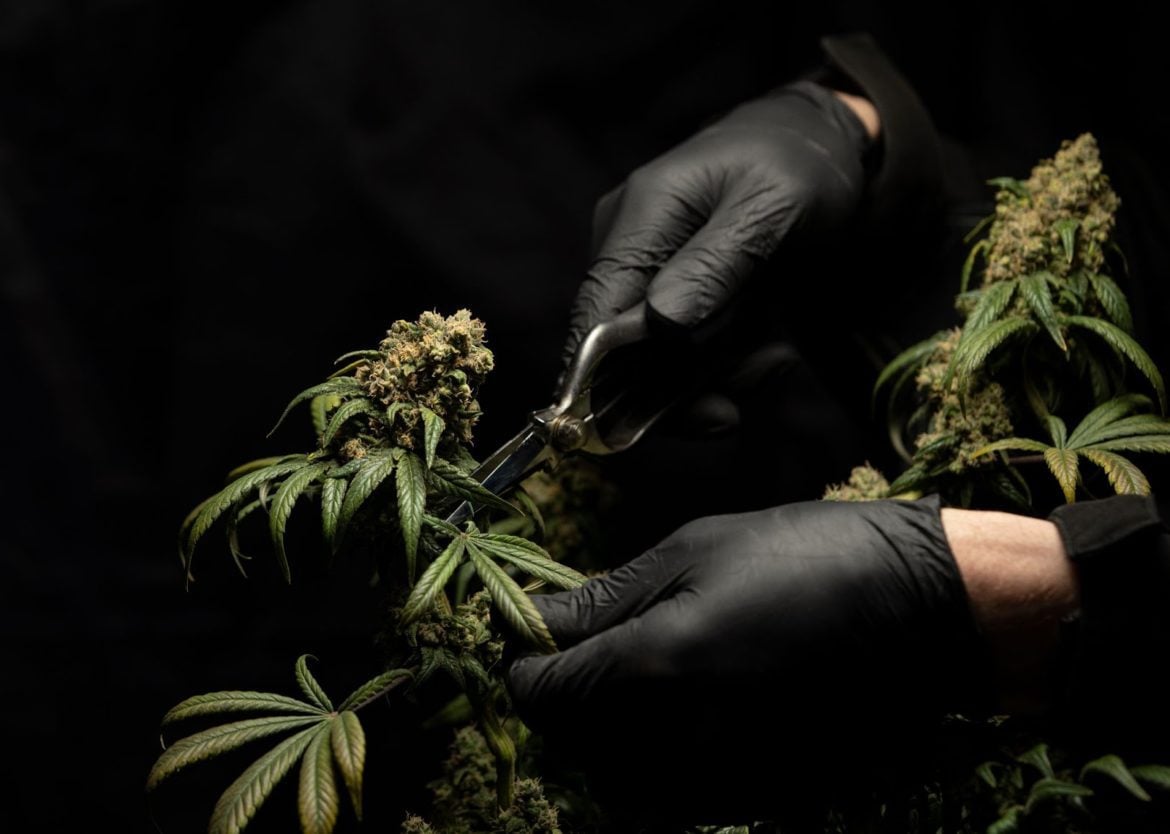 There are over 113 recognized cannabinoids. Heavy emphasis is placed on THC and CBD, and they’re arguably the most important cannabinoids. People who use cannabis usually want to get high or relax. Some people prefer the combination of the two.

Looking at weed through such a narrow lens excludes the benefits and effects of other cannabinoids. If you’re looking to find the perfect weekday strain, you want something with a cannabinoid profile that will provide a unique set of benefits suited to your needs. CBG is one of those cannabinoids, and some strains have far more CBG than others.

What is a cannabinoid?

Cannabinoids are the naturally occurring compounds in the cannabis plant. The plant makes cannabinoids to support its own functions. They help the plant grow, flower, and thrive in its ideal environment.

You might find that the strains you like most have a specific balance of cannabinoids that play this game of chase and touch base with the receptors that promote that perfect feeling of homeostasis. You’ll get a great high while enjoying the unique benefits that each cannabinoid imparts.

CBG is CBGA that was converted from its raw form before it became another cannabinoid. Because the plant is not inclined to hold onto CBGA in its raw state, most strains wind up with very low amounts of CBG in their “finished product,” so to speak. CBG is considered a minor cannabinoid because no strain will contain a wealth of it.

This is a bit of an organic science experiment. As people become more educated about the benefits of particular cannabinoids, the market is growing for strains that are higher in cannabinoids that are a little more off the beaten path. There are strains produced specifically for their higher than normal CBG content.

What does CBG do?

CBG is still being studied for its potential medical benefits. These studies tend to take a long time to complete and process, and the FDA takes even longer to review them. The FDA has approved certain drugs containing CBD for seizure disorders and drugs containing THC for patients undergoing chemotherapy or living with AIDS. Presently, the FDA has not approved any drugs containing CBG to treat any conditions.

The most important line of CBG research relates to glaucoma. The inside of the human eye contains cannabinoid receptors. When CBG is introduced to these receptors, it appears to relieve pressure within the eye. CBG is something called a vasodilator. Vasodilators encourage blood vessels to widen, allowing oxygenated blood to pass through with ease. This improves uncomfortable symptoms for people living with glaucoma.

CBG may also possess neuroprotective properties. This is promising for people living with conditions or at risk for conditions that decline cognitive function.

None of these findings have been proven yet, but early research is significant enough to warrant further study. In the meantime, there’s no evidence that CBG is harmful. It’s still not a definitive fact that CBG works for any of these conditions, but be patient. Further study may lead researchers to some revolutionary conclusions.

It’s also worth noting that CBG doesn’t get you high — that’s all THC’s job. CBG does interact with your cannabinoid receptors, but it won’t produce the same kind of reaction that THC does. If you want CBG without a powerful punch, you can choose a lower THC variety of a flower high in CBG without sacrificing the potential benefits.

Most commercially available cannabis and hemp products are tested by third-party labs to verify the concentrations of their cannabinoids and the validity of their genetics. Before you buy a flower for its CBG content, check the lab report. Any strain can claim that their flower contains CBG and be telling the truth. The question is whether it contains 10% CBG or 0.1% CBG, which is a huge difference. The lab report will clear that up. 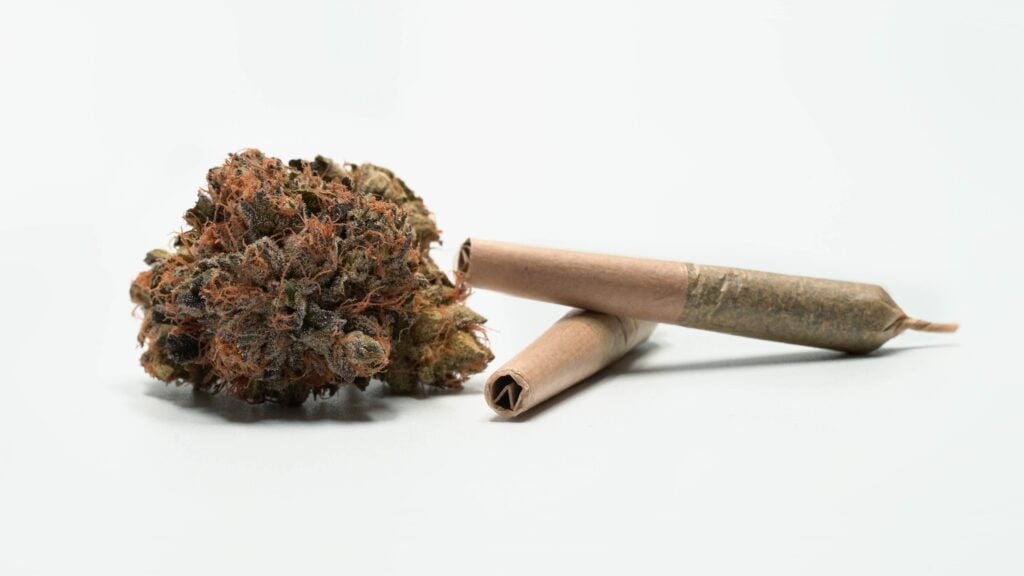 If you’re looking for something so high in CBG that its percentage reaches the double digits, you’re probably going to be disappointed. There are CBG specific flowers, just as there are CBD-specific flowers. These come from specialty growers and they’re somewhat hard to find, but if you’re willing to dig, you’ll come across a few.

Most CBG flowers are considered hemp, rather than traditional weed. Growers modify the genes of both lesser-known and highly popular strains to increase their CBG content, which will naturally lower their THC content. Because CBGA ultimately converts to THC, the goal is to stop this from happening.

Since the resulting flowers weren’t allowed to produce a significant amount of THC, all CBG flowers are considered hemp. Hemp is just cannabis sativa that is naturally very low on THC. It’s not a different plant — it’s a plant that’s been selectively bred to serve a purpose other than getting people high. The law requires that hemp plants contain less than 0.3% by weight, so you won’t catch a buzz from your CBG flower.

White Widow CBG is bred from the same popular sativa dominant hybrid strain that cannabis smokers have adored for decades. Plant geneticists were able to modify this strain to throttle the THC and amp up the CBG, with some White Widow hemp reaching nearly 17% CBG by weight.

Silver Haze is a sativa lover’s sativa. When you remove the THC from the mix, it’s a CBG lover’s sativa. Silver Haze CBG is able to pack nearly 20% CBG into every bud. This means the CBG is just as present as the THC would be, which is no small feat for growers to accomplish. If you want maximum CBG, it doesn’t get much better than this.

This flower’s CBG concentration is impressive, clocking in at up to 14% per flower. The flavor is slightly reminiscent of orange or lemon, and their smell is similar to sleepy time tea. Overall, it’s simply high-quality hemp. Any hemp enthusiast is unlikely to be disappointed with this flower. It’s more than just high in CBG. It’s delightfully tasty and wonderfully aromatic.

Other ways to get CBG

If you want your weed to be your weed and your CBG to be your CBG, you can have both. You don’t need to settle for hemp flower. You can enjoy your favorite strain and supplement with CBG in another form.

CBG isolate comes in a tablet form that you can take daily. Since it’s non-psychoactive, you can toss one into every day of your vitamin or supplement organizer.

Kurvana’s Balance tincture contains CBD, CBG, and THC in a 1:1:1 ratio. No wonder they call it a balance tincture. This perfect ratio allows you to enjoy a little bit of everything, all in equal amounts. You don’t have to sacrifice the gentle buzz of THC or the relaxing benefits of CBD in order to enjoy the potential benefits of CBG.

CBG may pose some significant benefits. If you’re looking to enjoy those benefits, you can smoke high CBG hemp flower or use something like tablets or tinctures to add a little more CBG into your life.

Whatever you choose, Emjay has you covered. We deliver cannabis flower, as well as CBG products. If you want the best of both worlds, order your favorite strain and supplement it with a high CBG product so you don’t have to go without the buzz you’re craving.