How to Smoke Moonrocks 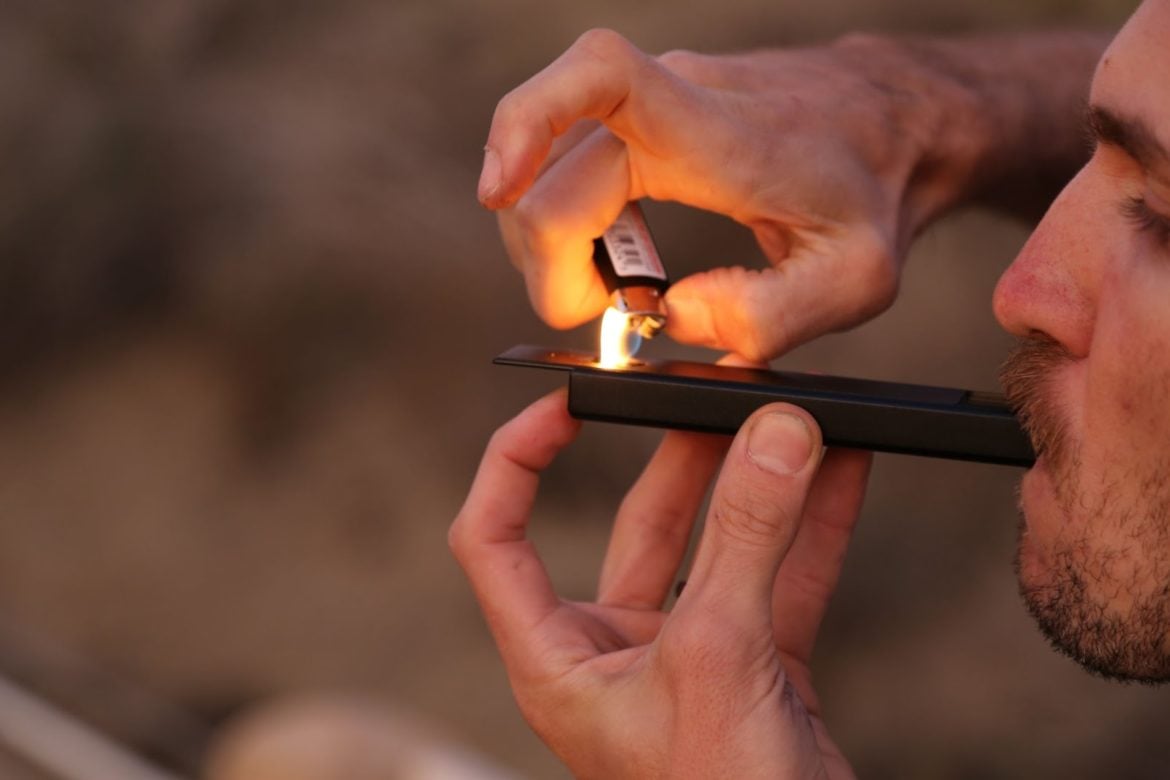 You’ve heard the buzz surrounding moonrocks and decided to pick some up and try them for yourself. But just how much do you really know about them? If you’re like many people, you aren’t well-versed in smoking moonrocks and could use a crash course in learning how.

But before we jump right into smoking them, a little background is always helpful. Let’s begin by exploring what moonrocks actually are and how they are made.

Moonrocks are a rather innovative form of weed that offers all of the best benefits of marijuana rolled into one tiny nugget. It starts out as a high-quality bud that is then trimmed up and dipped into concentrated cannabis.

The last step involves the nugget being dusted with kief, the sticky crystals that connoisseurs look for on really good marijuana plants.

If all goes well throughout the making-of process, moonrocks will be mouthwatering in their appearance and give you a buzz that’s out of this world.

Moonrocks are so effective in their potency that they are sought after by all who have been fortunate enough to experience them. With that being said, however, moonrocks should be approached with respect and consumed with care.

How potent are moonrocks?

The potency can vary among batches. But by and large, they are going to deliver a jaw-dropping level of THC that is typically somewhere around 50%. To give you some perspective, most marijuana purchased from a respectable dispensary is around 20% THC.

Knowing this, it’s important not to use too much of your moonrock at one time. Smoking only a small amount is enough for most people to enjoy a killer buzz. What’s more, you can look forward to your buzz lasting for quite some time. So be sure that you don’t have anything important to do before you start smoking.

How do you smoke moonrocks?

Smoking moonrocks is quite different from traditional marijuana. First things first. You never want to grind up your moonrocks. Whereas you typically stick a nugget of weed in a grinder to break it up into smaller, more manageable pieces, doing so with your moonrock will have a negative effect.

The same is true if you were to use your fingers. When you break it up this way, you are likely to lose its potent concentrate, as well as its kief.

Instead, you want to equip yourself with a sharp razor blade and carefully carve off small sections from the moonrock. This will give you something manageable to work with while preserving its valuable components.

Smoking from a pipe

Once you have the piece set aside, you’re going to want to break out your pipe. Unlike weed, which can be rolled into a joint, moonrocks are best served by smoking them from a pipe. Alternatively, you may use a bong, as well.

When packing your bowl, be careful not to pack your shard of moonrock too tightly. Packing loose will yield much better results, as it allows for increased airflow. When smoking moonrocks, it’s important to ensure consistent airflow, as they tend to clog easily.

This is due to all of the oil and kief. The more flame you put to your moonrock, the more dripping you are likely to get. As such, you are bound to get a lot of sticky oil running down the length of your pipe. Seasoned smokers have surmised that it’s better to smoke a moonrock shard using a smaller pipe instead of a larger one.

It’s important that you re-read the previous sentence. Seasoned smokers have surmised that it’s better to smoke a moonrock shard using a smaller pipe instead of a larger one. No matter how much experience you have in getting high, you’re going to be in for a rude awakening if you attempt to smoke too much moonrock, especially on your first go-around.

Yes, they look incredibly enticing. But if you don’t heed the experience of those who have gone before you, moonrocks could give you more THC than you bargained for.

By using a smaller bowl, you’re sure to get only what’s necessary without going overboard. This will also prevent wasting precious carbonization while ensuring that you have plenty for later.

Smoking from a bong

If you prefer to smoke moonrocks from a bong, you’ll want to make sure that you dump out any existing bong water and replace it with fresh, clean water.

Since you are smoking a marijuana product that is really high in quality, you want to do everything you can to make the most of it. Smoking moonrocks with clean water will ensure that you get the best taste possible.

As with a pipe, you’re going to see a lot of oil. To help minimize this as much as possible, you should consider using an ice slide any time you smoke moonrocks out of your bong. Conversely, you should avoid using a personal vaporizer to smoke moonrocks.

There is simply too much oil involved and will likely result in your vaporizer becoming damaged from the excess resin production. 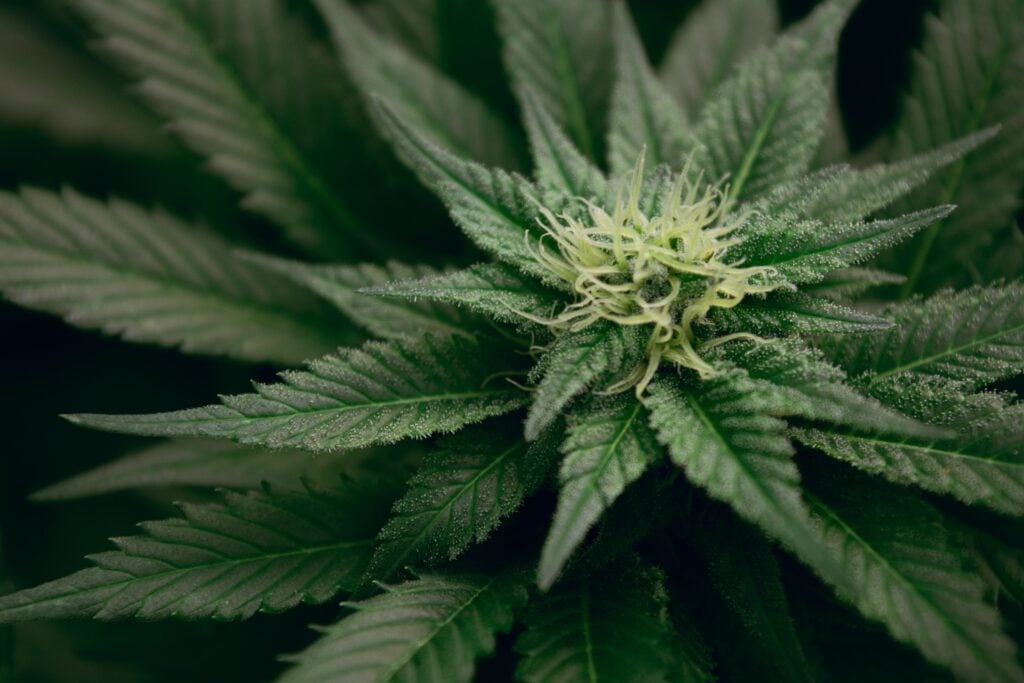 Getting some help with lighting moonrocks

Because they are so well-saturated in cannabis oil, moonrocks can prove to be a challenge to light for many people. A handy way to get around this is to combine a few small shards of moonrock with your regular ground-up flower.

Although challenging to smoke in a joint on its own, small moonrock shards added to an existing joint is possible; helpful, in fact. This ensures that your moonrocks remain lit and smoking. For the best results, though, we recommend you stick with your bong or pipe.

Not only will this method overcome your difficulty lighting your sticky moonrock, but it will also stretch it out since you’re combining it with “lesser” marijuana. The more you can prolong your moonrock’s life, the more you’ll have to enjoy it.

Here at Emjay, we like to place a couple of small shards between layers of ground-up weed and place it into our bowl. If you like to smoke from a blunt, you can certainly add a couple of small pieces to your base weed and enjoy your moonrocks that way.

This will help ensure that you have an easier time lighting the moonrock pieces that you cut off. If you’ve had experience rolling a hash joint, you shouldn’t have much trouble keeping your moonrocks lit.

Additionally, you can do the same with tobacco if you’re the type of smoker who prefers spliffs. There isn’t much difference between the two, as they both produce the same effect.

Be smart about when you smoke

There are plenty of people who can easily smoke a joint throughout the day and function at a high level. This isn’t typical of moonrocks. As such, you need to be wise about when you smoke them.

We recommend that you avoid early-morning consumption and save your moonrocks for later in the day. If you have moonrocks in hand and have never smoked them before, the last thing you want to do is consume them without making doubly sure there is nothing left on your schedule.

This is not the kind of marijuana you can smoke “just because.” You should have the rest of your day mapped out and all of your responsibilities met. Only then should you partake in your moonrocks.

Our advice is to kick back, get some good music or a movie ready, and enjoy the experience that lies before you. Trust us; once you sit down to smoke, you are unlikely to get back up for the remainder of the night.

One of the best things you can do for yourself is to have plenty of snacks and water nearby. Being a highly-concentrated product, moonrocks are going to hit you with cottonmouth pretty hard. Newcomers are likely to experience the worst case of it they’ve ever had.

Due to this, you want lots of water handy so you can combat the sensation. We recommend that you down a couple of bottles of water prior to smoking moonrocks. This will help to keep you feeling overwhelmed with dry mouth following your first hit.

And because it’s so potent, you can expect to get hit with a serious case of munchies. Stocking up on your favorites and having them in reach will make for a more enjoyable experience.

Now that you’ve been schooled on how to smoke moonrocks and enjoy them responsibly, clear your schedule and equip yourself with the necessary tools. You’re about to have an experience that’s in a class of its own.

Don’t forget to check out our extensive catalog of marijuana products if you’re in the LA area and looking to get your buzz on. At Emjay, you can look forward to free delivery right to your door. So place your order, relax, and prepare yourself for a great evening.