How To Use A Steamroller Pipe 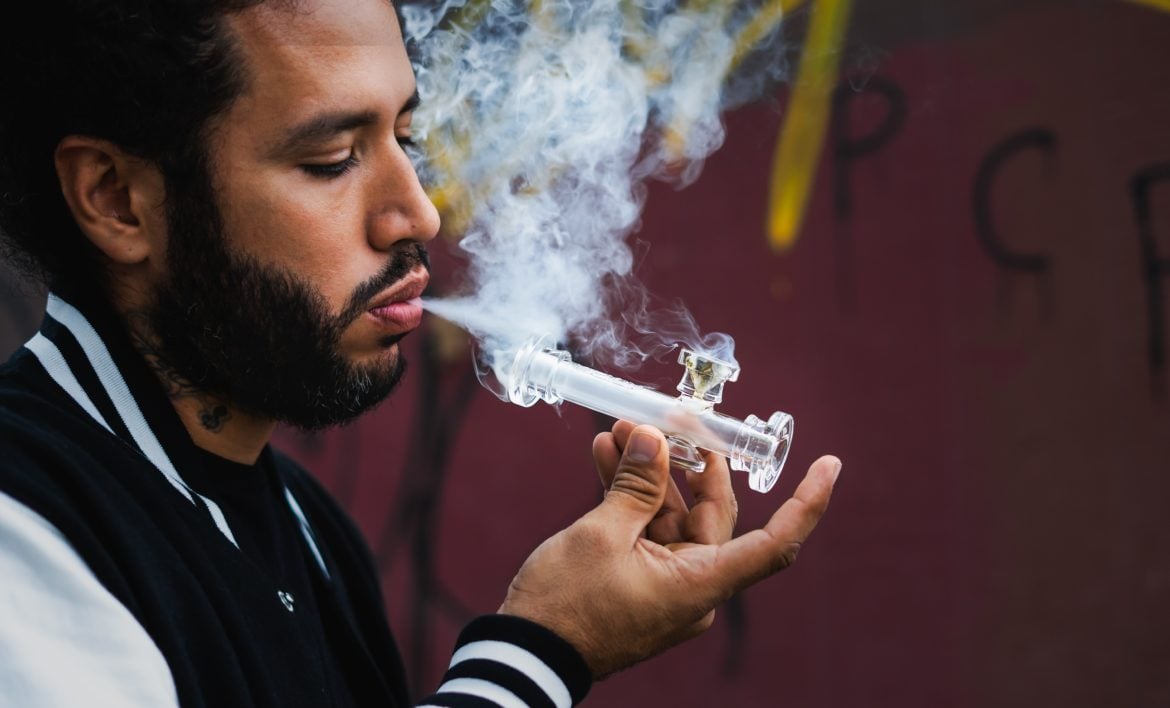 What is a steamroller pipe?

A steamroller pipe is pretty similar to a regular bong in terms of form and function, although its shape is horizontal instead of primarily vertical. It’s a type of cannabis pipe that’s fairly reminiscent to a regular wood pipe you could use for smoking tobacco.

But marijuana steamrollers are specifically designed for smoking cannabis. They’re usually made with glass, and they can have their carbs in different locations depending on the make and model. However, most traditional steamroller pipes will feature a carb on the side of the bowl to let you control how much air flows into the main bowl/chamber.

Since you control airflow with your finger, you’ll enjoy a finer degree of smoke control compared to bongs and other smoke delivery instruments.

How do you use a steamroller pipe for weed?

Newcomers to marijuana smoking will often start with blunts or joints. Then they’ll move on to bongs. But eventually, you might want to try using a marijuana steamroller: a unique type of smoking pipe that provides a more intense experience compared to many other delivery devices.

But what exactly is a marijuana steamroller, and how can you use a steamroller effectively? This guide will serve to answer these questions and more.

Benefits of smoking weed with a steamroller

So, why would someone use a steamroller instead of a regular bong or pipe? There are multiple benefits you get from inhaling cannabis smoke through a steamroller pipe.

For starters, steamroller pipes help you conserve weed. The smoke produced by a lit marijuana steamroller is pretty direct and concentrated. This means you need a smaller amount of weed (and fewer total hits) to get high.

As a result, it’s a great tool if you want to feel the effects of top-tier cannabis quickly instead of having to take between 20 minutes and 30 minutes like with a traditional bong. It’s also good if you want to make your limited weed supply last a little longer. Try a weed delivery service like Emjay if you find you’re always running out!

You can usually take tokes that are between two and three times larger than the tokes you could get with many other regular pipe types.

Furthermore, steamroller pipes don’t require you to use water. The majority of other marijuana smoking tools use water to some extent to cool down the smoke, which limits portability. But a marijuana steamroller can be taken with you on the go since it works even when it’s completely dry.

This is partially because you won’t heat up the cannabis leaves quite as much as you would with a bong or another smoking device.

Even better, cannabis steamrollers are really easy to clean. They’re simplistic devices comprised of a tube and a couple of openings, so you can use water and a few cue-tips to clean the pipe from top to bottom in a matter of minutes. Plus, since the pipe is made of glass, you can use any regular glass cleaner without compromising any future cannabis flavor.

Speaking of flavor, most cannabis varieties taste better when you use a glass tool as opposed to other materials like metal. Provided that you keep the glass clean, your cannabis should taste fantastic every time.

Granted, marijuana steamrollers are pretty expensive compared to regular bongs, and they’re fragile. They’re also not the best choice for beginners since the marijuana hits they provide are pretty intense. But they’re a great pick if you want something to spice up your smoking experience or something portable without transitioning to a cannabis vape pen or a similar device.

Steps for using a steamroller pipe

Now that we’ve got definitions out of the way, let’s break down how you can use a steamroller pipe to enjoy high-quality cannabis whenever you like.

To start, make sure that your cannabis steamroller is completely cleaned. This isn’t a problem if you’re using the steamroller for the first time, but even in this case, it’s wise to rinse the steamroller to get rid of any dirt or dust that might have accumulated over time.

After cleaning your steamroller, go ahead and pack your bowl as usual. The bowl of a steamroller might be smaller than the one you may be used to with a bong, but you should still be able to get a good amount of crushed cannabis flower in there without much effort.

Next, hold your steamroller in such a way that one finger (most people use their pointer or middle fingers) to cover the opening that’s closest to the bowl. If you’re using a marijuana steamroller for the first time, we’d recommend cornering the bowl so you’ll burn less of the herb and so you can adjust your handhold a little more easily.

Then bring a flame from a lighter or another source toward the edge of the bowl and start to slowly inhale. Make sure the lighter has enough fluid or fuel inside that you can hold a flame for a few seconds consistently. If you don’t have a steady hand, try balancing the marijuana steamroller on a flat surface like a table as you practice the movements. Go carefully so you don’t accidentally inhale too fast!

Remove your finger from the carb before you’re done inhaling. If done correctly, you’ll produce enough smoke from the cannabis in the bowl that it fills the majority of the steamroller tube. Then you’ll inhale a pretty wicked toke in a single go!

Naturally, this takes a little practice, especially since you have to coordinate a few fingers and your breathing pattern together at the same time. But within a few tries, you’ll have the basic coordination down and you’ll be able to smoke using a marijuana steamroller while walking or doing other activities.

What are the best marijuana steamrollers?

Marijuana steamrollers have been around for a very, very long time. In fact, cannabis pipes have been recovered from archaeological sites, and we know that people have made these kinds of pipes from bamboo, stone, metal, and wood in addition to the modern glass we see today.

Chances are that your first pick will be fine. But as you develop your steamroller habit, you might develop some preferences or tastes for certain pipes. This is normal! Be sure to check out the different patterns and aesthetics that marijuana steamrollers can come with to find something that’s uniquely you.

All in all, using a marijuana steamroller isn’t as difficult or complex as it might seem to a beginner. In fact, it’ll eventually become no more difficult than smoking a regular cigar or blunt – in effect, it becomes second nature. But smoking with a marijuana steamroller is one of the best ways to enjoy high-quality cannabis, especially compared to blunts or bongs that might take anywhere from 5 minutes to 20 minutes to get you to a great high.

Have more questions? Want to know where you can get high-quality cannabis delivered straight to your door? It’s a good thing you’re on the website of the best marijuana delivery service in the LA area. Contact us if you want more pointers or if you want to order some weed today!