Live Hash Rosin: What Is It and How Is It Used? 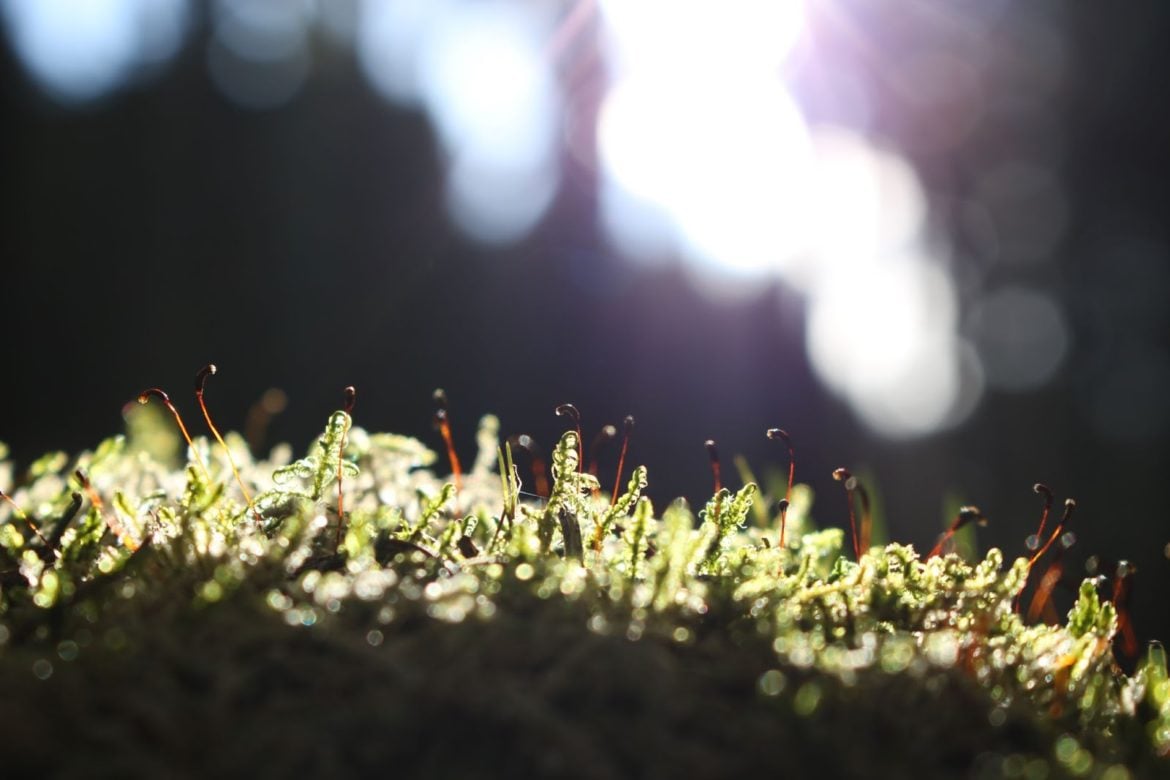 If you’ve been around cannabis for any length of time, you’ve encountered hash and you’ve encountered resin. Neither of which are anything to write home about. They’re weed. They’re fun. They get you high. But there’s nothing outstanding about them. They aren’t changing the game.

Live hash rosin is something completely different. It sounds like something simple, but there’s an upscale twist. It’s like the difference between your average pepperoni pizza and a lovingly created artisanal flatbread with aged cheese and shaved truffles. Yes, they’re the same product. But a lot more love, care, and quality go into the latter.

What are live cannabis products?

The overwhelming majority of weed products you come in contact with are made from dead weed. When you pick up an eighth of flower, that weed has been dead for a long time. It’s harvested, dried, and cured to preserve its cannabinoids and keep it shelf stable for a prolonged period of time. Unless a product specifies that it’s live, the cannabis flower used to make it died a long time ago.

You can’t easily smoke live weed. When it’s harvested, it’s too wet. You’ll torch it over and over again attempting to light it, and you’ll scald the cannabinoids and terpenes. It won’t be a very pleasant experience. Live cannabis products need to be extracted and vaporized with indirect heat, like a vape pen or a dab rig. That’s exactly what live cannabis concentrates are designed for.

Live hash rosin, along with products like live resin, are harvested and immediately deep-frozen or immediately sent through a low-temperature extraction process. They’re kept cold to preserve the plant, which keeps the flavorful terpenes intact throughout the process. The oils and compounds never have a chance to evaporate or degrade, and the end result is the highest quality and freshest possible cannabis.

What is the difference between resin and rosin?

Two of the most popular live cannabis products are live resin and live hash rosin. These products have a lot in common, but they’re manufactured in completely different ways.

Live resin is made in a refrigerated butane extraction chamber. The solvent is introduced to the weed, the extract is drawn away from the plant material, and then butane is evaporated away from the live resin. Resin is, in essence, pure cannabis juice.

This resin is then marketed as shatter, wax, sauce, crumble, honeycomb, or any other descriptor that explains its texture in as few words as possible. They’re all technically the same thing. They just look different and are treated differently based on the way the finished product is developed.

Rosin is produced without any solvents or extraction in a completely different process. Many people prefer live hash rosin because of its unique extraction and creation process that minimizes the ingredients the cannabis ultimately comes into contact with.

How live hash rosin is made

Live hash rosin is made without any solvents. There’s no butane necessary, and no lengthy process of chambers. Live rosin manufacturers make ice water hash from their flowers. They freeze their fresh bud and drop it into an ice water bath that rapidly shades the bud. The frozen trichomes snap right off the bud, separating from the plant material. The plant material is discarded and the water is continuously filtered through a series of various mesh filters until every piece of plant is taken away, leaving only the trichomes behind.

The trichomes are freeze-dried to make ice water hash, and then the hash is placed into a rosin press. The rosin press applies very gentle heat and very heavy pressure to the trichomes, causing them to melt together and form a thick, sticky rosin.

Purists prefer live hash rosin to live resin because no extraction chambers or solvents are used. The whole process is made with basic equipment, and a lot of the labor is done by hand. It’s a meticulous process that produces the purest possible live cannabis product. It never comes into contact with any substance but water. It’s all weed, and it’s perfectly preserved. 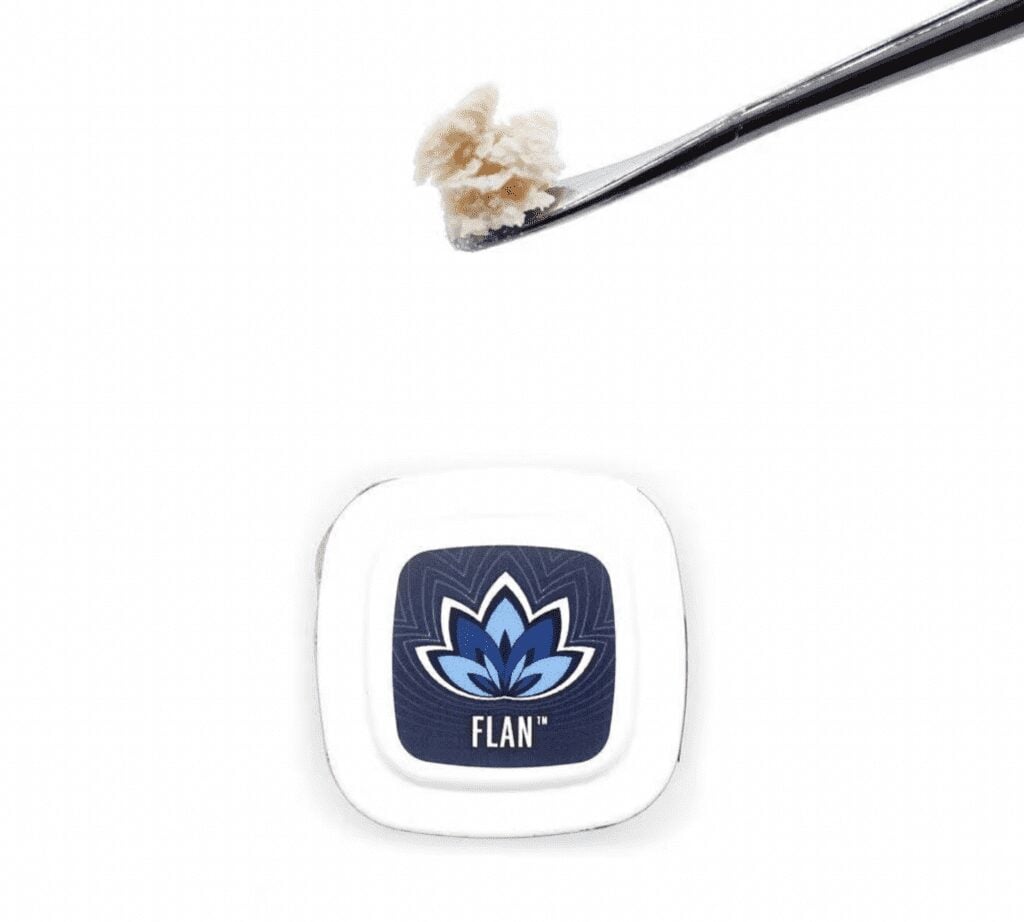 Why is live hash rosin so expensive?

Live hash rosin is one of the most expensive cannabis products. It’s like fine wine or caviar. Unless you have very heavy pockets or smoke very infrequently, this is not going to be your regular go-to. It’s more of a special occasion experience. Live hash rosin is made for celebrations or treats. If you’re half of a cannabis couple, live hash rosin is date night weed.

The reason it’s so expensive is the amount of labor that goes into producing it. Machines play a smaller role and solvents aren’t used at all. Most of the work of creating live hash resin is hand labor or carefully monitored machine pressing and agitation. Someone babysat that weed for a long time, and they really had to know what they were doing to produce the perfect batch. It’s not a ridiculous markup – it’s the price you pay for quality.

How to use live hash rosin

Heat is the enemy of these terpenes. When the live hash rosin gets hot enough to burn, the terpenes will evaporate before you take a hit. Live hash rosin isn’t intended to be used to top off a bowl or wrap the outside of a joint. It needs to be used all by its lonesome in a smoking device that allows for vaporization. Never take a lighter or a torch directly to your live hash rosin.

If you want to keep things simple, you can use a live hash rosin cart. Carts are harder to come by than jars of plain hash rosin, and they cost a pretty penny. They’re worth it simply for the ease of use. Turn down the dial on your vape pen and vaporize your live hash rosin with as little heat as possible.

You can also use a dab rig to smoke live resin, and you’ll want to start at 350 degrees. Live cannabis is always a low-temp dab. If you need to increase the heat to make it work, increase it by ten-degree intervals and try not to exceed 400 degrees.

If you’ve never dabbed anything before, “use a dab rig at a low temp” is a phrase that might as well be in an indecipherable alien language.

A “dab” refers to a tiny little dab of cannabis concentrate, like live resin or live hash rosin. A dab rig is a device you use to vaporize that dab.

A dab rig is very similar to a bong in appearance, but it functions differently. It has a chamber for water and a mouthpiece just like a bong, but the bowl is further away from the chamber. Instead of lighting the contents of the bowl with a lighter, you heat up the “nail” of the dab rig, which is the part of the rig that holds the place where you put your “dab” of live hash rosin.

There are two ways to heat up your nail. You can do it with a butane torch (like the kind they use at restaurants to toast the top of Crème Brulee) and an infrared thermometer. You torch the nail and use the infrared thermometer to check the temperature. If it’s too hot, let it cool down. If it’s not hot enough, hit it with the torch and try again. You’ll use a dab tool to place a dab of live hash rosin into the bowl at the end of the nail when the nail reaches the right temperature.

If this sounds like a colossal pain, it kind of is. Many people who love dabs prefer not to mess around with the torch and thermometer. Instead, they use something called an eNail. An eNail is a device that comes in a tiny little suitcase. You plug a cord into a little black box, attach the eNail to the nail of your dab rig, set the little black box to your desired temperature, and let it heat itself. It’s way easier to get a perfect temp with little effort every time.

Live hash rosin is a gift. It’s a treasure. It’s one of the greatest cannabis pleasures in life. If you don’t have a dab rig, you can get it in a cart. If you don’t have a vape or a dab rig, you’re going to have to pick one or the other. Please don’t try to smoke live hash rosin with dried cannabis flower. You’ll be losing all the wonderful flavor nuances that make it pure and beautiful.

If you’re excited to try live hash rosin for the first time, we’re excited to help you. Emjay can deliver you some live hash rosin in about half an hour. By the time you’re done setting up your dab rig, we won’t be that far behind you. Pick your favorite strain in live resin and place your order now. You’ll be tasting all those yummy terpenes before you know it.