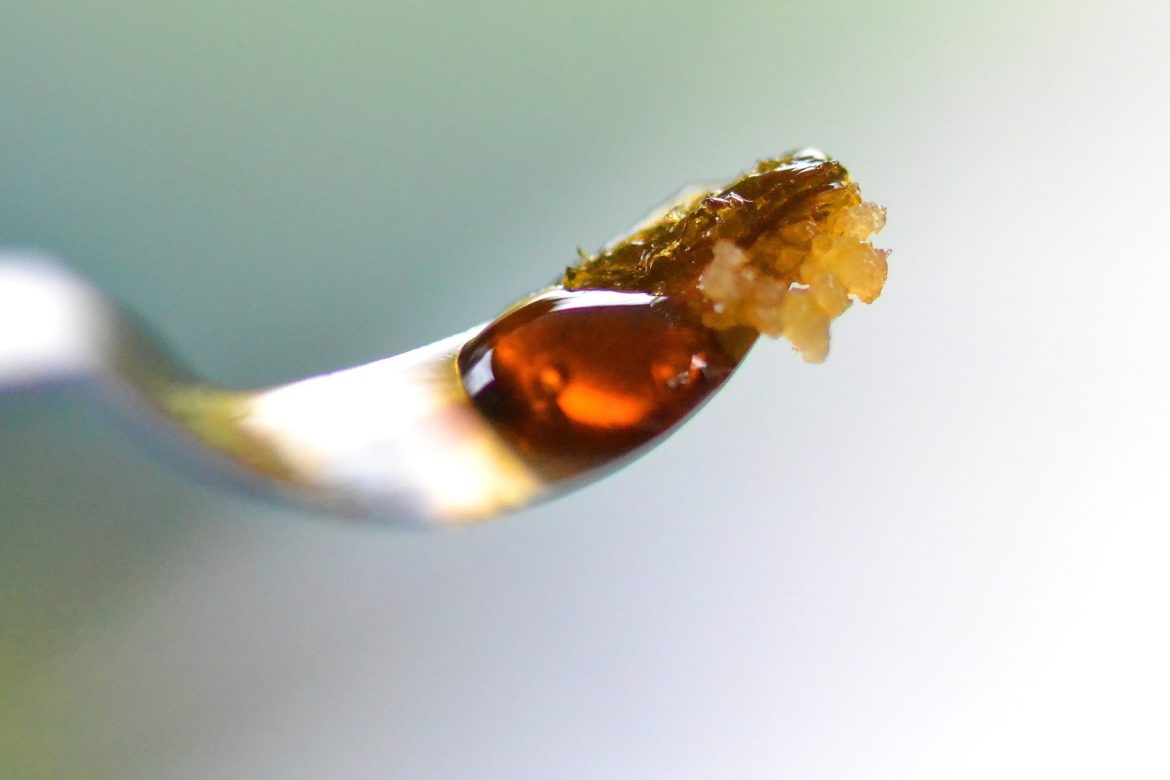 Not all resin is created equal. Cured resin is something that tastes and feels a little more familiar to regular cannabis smokers. Live resin allows you to experience cannabis in a way you’ve never experienced cannabis before. It’s fresh, vibrant, and full of flavor. There’s a huge difference in the way the flower is treated after it’s harvested that dramatically changes the taste and quality of the resin.

Resin is a cannabis concentrate made from the sticky, waxy substance that the trichomes of the cannabis plant produce. The trichomes, which usually look like tiny frosty sugar crystals outside of the bud, are full of active cannabinoids. The resin is extracted from the plant’s trichomes and made into a concentrate that you can smoke.

What is cured resin?

After cannabis flowers are harvested, they usually need to be dried and cured. If the buds are exposed to air after being removed from the plant, they’ll begin to degrade. The moisture breaks down the cannabinoids and changes their structures.

THC degrades into a non-intoxicating cannabinoid called CBN. If you’ve ever smoked old weed, you know that it doesn’t do much. That’s because the CBN to THC ratio has shifted. All of the terpenes evaporate, leaving behind a bud that tastes like dirt and doesn’t burn well.

In order to preserve the cannabinoids and terpenes, the cannabis is dried in a controlled environment to allow moisture to dissipate without changing the quality of the flower. This keeps many of the cannabinoids intact, but terpenes are finicky. About 60% of them are lost in the process.

After it’s dried, it’s cured in some kind of airtight container in a controlled humidity environment. The compounds that attempt to evaporate are instead recirculated within the container. Air is allowed to escape, keeping the buds dry and preventing excess moisture from accumulating.

When the cannabis is cured, it can be used exactly the way it is. All the bud you buy to smoke is cured cannabis. It can also be processed into distillates or concentrates like resin.

What is live resin?

Live resin skips the entire middle of the process. The buds are harvested from the plant and immediately flash frozen with dry ice or liquid nitrogen when they’re still fresh. This prevents the cannabis from degrading and preserves the cannabinoids and terpenes. The plant is locked into its live state, which is why it’s called “live resin.”

The frozen buds are then placed into a multi-chambered machine that uses very cold butane to extract the resin from the plant. The butane is evaporated and the live resin is left behind. If you’re familiar with butane hash oil, the process of making live resin is similar but slightly more complicated.

Because there is no drying and curing involved, none of the terpenes have a chance to evaporate. They’re kept intact. This means that live resin has the same terpene and cannabinoid profile as a live cannabis plant.

If you’ve never had live resin, that means you’ve never actually tasted cannabis. Even if you’ve smoked a joint every day for the past ten years, you still have no idea what fresh weed is supposed to taste like. The strain you find the tastiest already lost most of its flavor by the time it got to you. You don’t know how delicious and fragrant it can actually be.

If you were to make live resin and cured resin from the same plant, they’d have the exact same cannabinoid profiles. Live resin doesn’t preserve more THC or CBD. It only preserves more of the plant’s aromatic essential oils, which makes for a more pleasant smoking experience. If you’re tempted to try live resin because you believe you’ll get higher, that’s not the case. You’ll just be getting a premium high and a tastier experience. 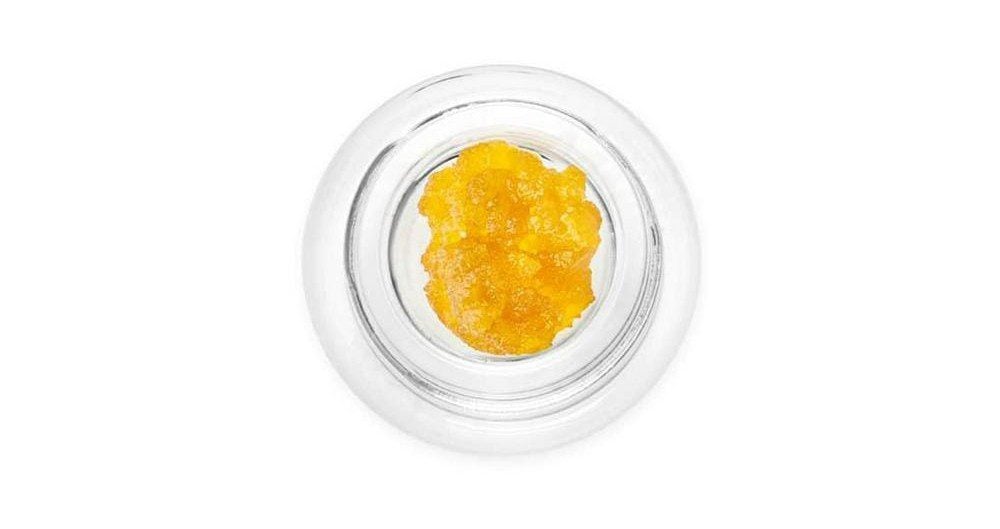 How do you use cured resin?

Since cured resin is essentially the same as cured flower, you can use it the exact same way. Cured resin, like shatter, is already missing 60% of the terpenes that are present in the line plant. You can use a dab rig to smoke shatter, or you can put shatter in a blunt, bowl, bong, or joint on top of ground cannabis flower.

People who only occasionally use cured resin probably don’t have or want a dab rig, and that’s fine. The heat from a blunt won’t change cured resin any more than it changes your weed.

How do you use live resin?

The entire objective of live resin is to preserve all of the terpenes. If you were to smoke your live resin by applying heat directly to it, you’re undoing all that work. You’d be better off opting for a less expensive cured resin.

The only way to enjoy live resin the way it was intended to be enjoyed is to use a dab rig. Don’t go crazy with your torch. Live resin tastes its best with a cooler hit. Keeping the temperature between 350 and 400 degrees will give you an optimal hit.

Ideally, both types of resin should be kept in airtight containers in a cool, dark environment. A glass container with a rubber seal and a locking hinge kept in the refrigerator is perfect. Don’t empty the resin from its initial container. Just put that whole container inside of the other container.

Live resin is a lot more sensitive than cured resin. Heat and air destroy terpenes. You might not notice this as much with cured resins, since they have fewer terpenes to begin with. You’ll definitely notice the difference with live resin. Your goal is to keep those terpenes intact until you’re ready to use your live resin.

Terpenes are more or less essential oils. You should treat your live resin the same way you treat an essential oil. Avoid exposing it to air, heat, or light. Leaving the lid off for an hour can cause serious damage to the resin, and once the terpenes have evaporated, you can’t get them back.

The best practice is to put your resin away before you start dabbing. You don’t want to get caught up in a good time and forget that you left the container open. Live resin is really expensive, and it’s a travesty to waste it. Take out what you need with your scooper dab tool and put that jar right back in the fridge.

Why is live resin more expensive?

Live resin is more expensive because it’s more difficult to create. Every grower and manufacturer already has their drying and curing processes established. The only extra work that goes into creating a cured resin is the extraction process.

Many people find that live resin is worth the price. If you understand why people will spend hundreds of dollars on a really special old wine or a long-aged scotch, you’re the target audience for live resin. Since live resin is the best of the best in terms of flavor and freshness, you should probably try it at least once. You’ll get a chance to experience all the terpenes you’ve been missing.

Using live resin is an involved process, but getting it delivered to your door is easy. Emjay offers both live resins and cured resins of many of your favorite strains. When you’re ready to give live resin a try, place an order. We’ll deliver your resin in about half an hour.