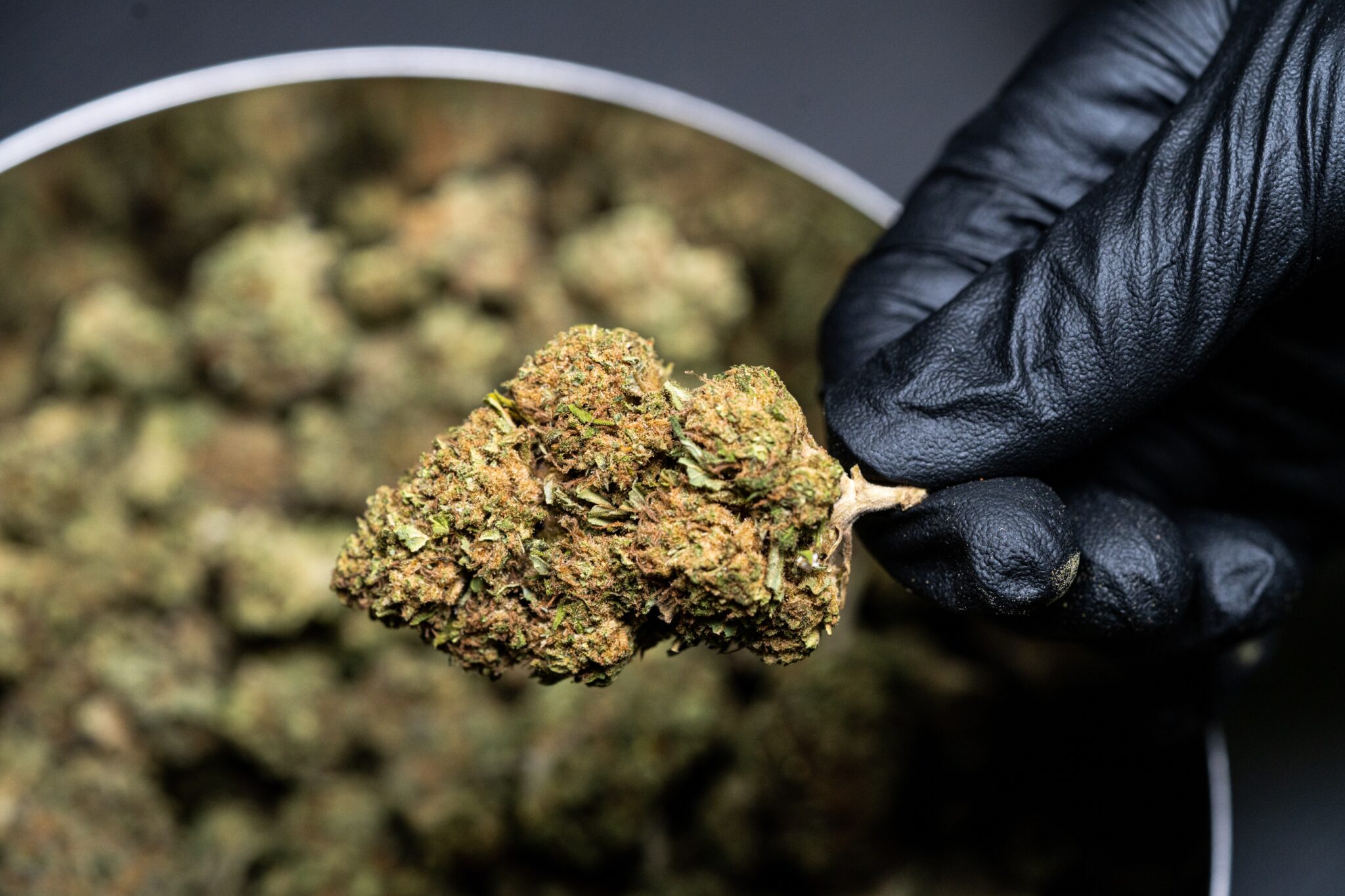 Chemdawg’s unique balance is what makes it so sought after as a strain. It’s one of those strains that makes it feel like it’s possible to have your cake and eat it too.

Every strain usually has a backstory, or at the very least, a clear lineage. Chemdawg is one of the most baffling strains that is readily available at most dispensaries. Perhaps it’s the mystery of Chemdawg that contributes to its allure. Well, the mystery and the sky-high cannabinoid content.

The cannabinoids and terpenes in Chemdawg

Every strain can significantly differ in potency. You’ll see very gentle variations of strains from some growers, while other growers seek to maximize the THC content of their strains to make them more appealing to long-time cannabis users with higher tolerances.

Chemdawg can be anywhere from 15% THC to 25% THC, with most batches coming in close to the 20% line. Chemdawg contains a negligible amount of CBD, usually measuring at less than 1%. Without a substantial amount of CBD to balance the THC, you’re going to feel every last bit of your high. That’s something you’ll want to consider when you’re choosing a variety of Chemdawg based on its THC percentage.

Chemdawg contains some highly elusive CBG, with some grows exceeding 1%. It’s very unusual to see a substantial amount of this cannabinoid in any strain. CBG is a converted form of CBGA, the mother of all cannabinoids. It’s known for its ability to reduce inflammation and has been tested with promising results for reducing ocular pressure in glaucoma patients.

Chemdawg has a very distinctive terpene profile that people who love the strain would sniff through a crowd. It’s very high in beta-caryophyllene, which is the same terpene that gives black pepper its distinctive smell. It’s also present in warm species and punchier herbs, like cloves and rosemary.

Its second most dominant terpene is myrcene, which is naturally abundant in parsley, lemongrass, and mangoes. It’s a little bit sour and punchy, but it’s bright and herbaceous at the same time.

These terpenes are balanced by the bright and zesty limonene, which is found in most citrus fruits, and pinene, which is the main aromatic compound of pine trees and pine needles.

These combine to create an aroma similar to gasoline. It’s very pungent, sharp, and spicy. This distinctive smell is likely where Chemdawg got its name from. The name may align with the fragrance, but it doesn’t necessarily align with the flavor. Chemdawg tastes like vibrant and sour lemons with a little bit of a forest-floor kick.

Many enthusiasts enjoy Chemdawg for the way it tastes. It can be hard to identify each flavor note when you’re smoking Chemdawg flower because there’s no real way to avoid the burning plant taste. If you want to get a better sense of what the terpenes taste like without the burnt plant material, try a Chemdawg extract.

Where did Chemdawg come from?

The internet is mostly great about documenting the parentage and complete lineage of every noteworthy strain. They’ve been great with everything except for Chemdawg. There is no definitive answer for where it came from, but we have a good idea.

Chemdog is a person. Thankfully, that isn’t what he’s called on his birth certificate. (It’s not like his parents were Grimes and Elon Musk). Greg “Chemdog” Krzanowski is world-renowned as an expert cannabis cultivator. Ironically, he’s not the guy who created Chemdawg. He’s just a guy who really liked it.

His cultivation expertise suggests that Chemdawg is Sour Diesel. Not that it’s used to create Sour Diesel or of similar lineage to Sour Diesel, but that they are in fact the exact same strain.

Some speculation suggests that Chemdawg is a mashup of Northern Lights, Hashplant, and Kush. On paper, the terpene and cannabinoid profiles of each plant seem to make their resulting combination as Chemdawg plausible, but we might never really know.

The fact that so much cultivation and breeding took place during the cannabis dark ages where mentioning weed in public caused mass hysteria from religious people and political conservatives who were quick to declare people as evil hippie criminals have a lot to do with the number of blanks we need to fill.

We don’t have perfect information about how a lot of strains came to be because nobody was recording this stuff. It was a crime, and they didn’t want to get caught. We’ve been able to reverse engineer some things or obtain information from parts of the world where cannabis could legally be cultivated, but Chemdawg is still eluding us. The only people who might know for sure were too busy getting high with the Grateful Dead to take reliable notes. 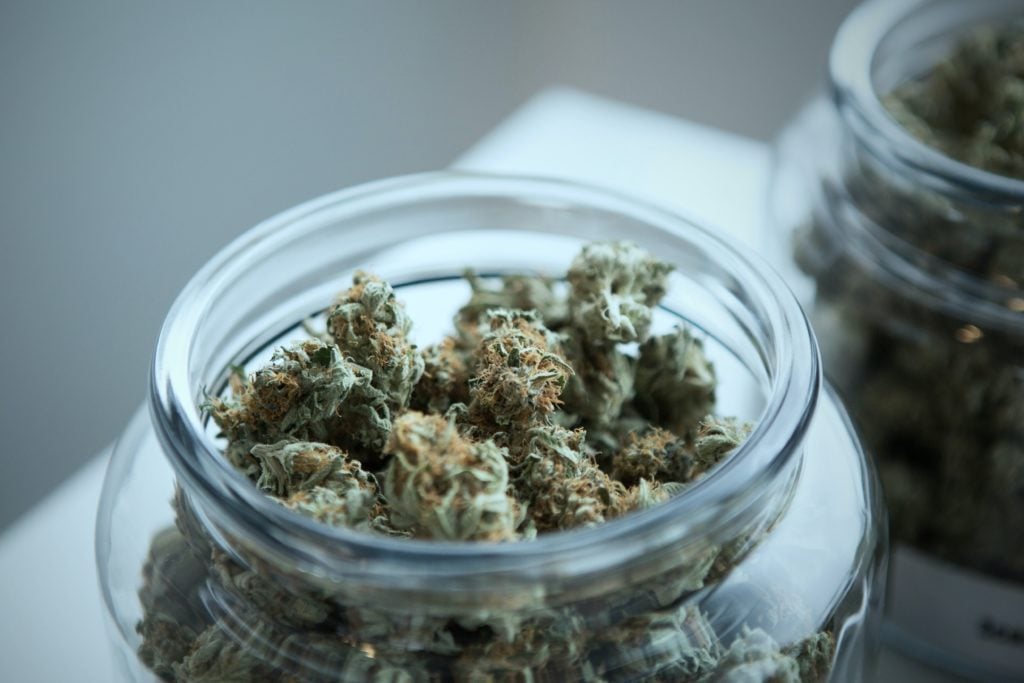 What does the Grateful Dead have to do with this?

We don’t know for sure if any of this is true or how exactly it came about, but this is the myth that persists about the origins of Chemdawg. Chemdawg was once called Dog Bud. It was allegedly first grown by a man who went by Wonkanobe who brought his friend Pbud to tour with the Grateful Dead. They had a pound of what they called Dog Bud, and people really liked it.

It kind of smelled like gasoline or chemicals while it was burning, which led people to start calling it Chem Weed in jest. The joke evolved into the strain being referred to almost exclusively as Chemdawg. Chemdog really loved Chemdawg, and that’s how Chemdog got his nickname. They just started calling him that, and no one ever stopped.

All the Chemdawg out in the world originated from Chemdog’s five Chemdawg plants from what we know. We can’t be certain that nobody else who came into contact with that massive grow didn’t cultivate any of the seeds we found. We also can’t be sure that people didn’t adulterate seeds from Chemdawg and reintroduce them back into the population erroneously labeled as pure Chemdawg, but that’s just the nature of the weed game.

Much of the nuance and mystery is caught up in what people who brought a pound of weed to tour with the Grateful Dead can reliably remember. That’s a polite way of saying we’re just going to have to take the legend for what it’s worth because it’s as close to the truth as we’ll likely ever get.

Strains that came from Chemdawg

Many people claim that Sour Diesel is a child strain of Chemdawg, but as we’ve mentioned, Chemdog himself claims that they’re the exact same strain. Chemdawg is a parent strain of OG Kush, which tastes and smells a lot like Chemdawg but without the chemicals. All the spicy and lemony goodness is there, but without the presence of the diesel kind of smell.

People love Chemdawg because it’s a hard hitter. Medical cannabis patients who want to experience relief from their pain while remaining functional tend to lean towards strains like Chemdawg for its strong potency and body high that doesn’t leave them feeling couch-locked. It’s a combination that many cannabis patients seek but are unable to obtain from other strains.

People who use Chemdawg recreationally enjoy it because its effects are so profound. It comes in like a wrecking ball and provides a high that’s amplified and balanced across the board.

Chemdawg is a cannabis hero that many people enjoy wholeheartedly. It’s also one of the most fascinating strains available when you consider its bizarre origin story and mysterious lineage. Even if it really is the same strain as Sour Diesel, we can understand why people prefer to call it Chemdawg. “Sour Diesel” as a term doesn’t have the same history behind it, and calling it Chemdawg is more respectful of its cultural origin.

Emjay has Chemdawg (and Sour Diesel) in any form you want. If you’re eager to experience this cannabis legend, you won’t have to wait long. You won’t even have to leave your house. We can deliver it to you in as little as half an hour.

What Is Sour Diesel?

How To Sober Up From Weed: 13 Things To Try

Ultimate Guide for Rolling The Perfect Joints and Blunts

The Best Sativa for Energy and Creativity