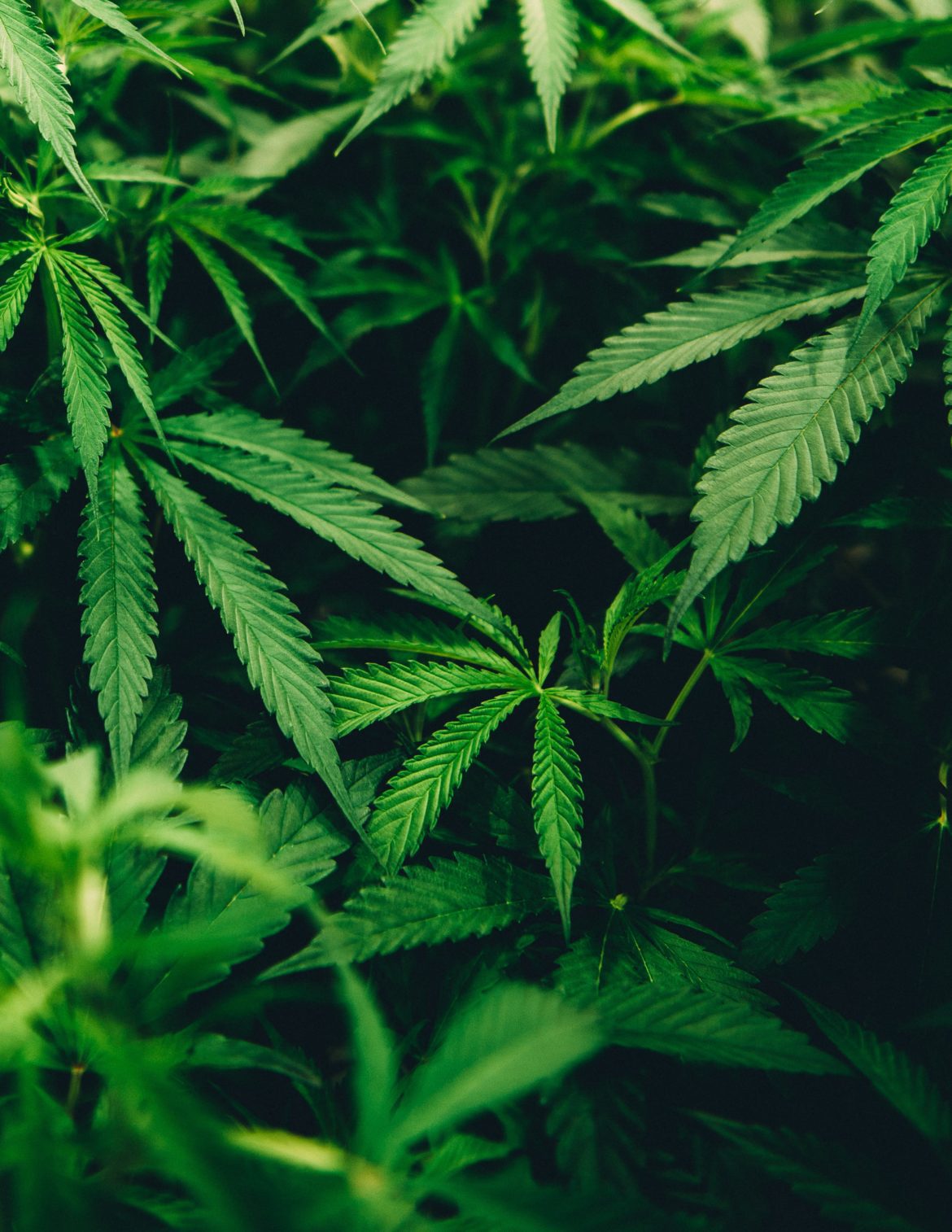 Recreational weed is a hot topic of conversation, but medical weed commands a little more attention. When we start calling a substance medicinal, we need to be careful about the words we choose and maintain a high standard of evidence.

No medicines containing cannabinoids have been approved to treat immune disorders or boost immunity. Research in this area is limited because it’s not near the top of the priority stack for cannabis researchers. They’re often dramatically underfunded and face extreme barriers to research for the topics they want to explore. It may be a long time before cannabis and the immune system can be fully explored through credible research.

We do have credible research that suggests that cannabis may act as an immune system suppressant, which isn’t necessarily the same as weakening your immune system. It’s a lot more complex than it may appear on the surface.

An explanation of the human immune system

Your immune system is your own personal armada of cells, your lymphatic system, antibodies you develop or receive through vaccines, your thymus, your spleen, and even your bone marrow. Every part of your immune system plays an equally important role.

Your white blood cells are kind of like microchips. They have their own little database of everything they’ve successfully killed and how they’ve killed it. They use this knowledge when they encounter the same invader or a similar invader to immediately formulate an effective strategy. They can also detect cells that aren’t functioning properly and zap them out of the picture, preventing them from causing extensive damage.

If not for the complexity and incredible wisdom of your immune system, every little thing you came into contact with would make you sick. That’s where the idea that some exposure to germs is good came from. Minimal exposure over a long period to many common germs can fortify your body and prepare it to destroy those germs at first sight.

An explanation of the endocannabinoid system

Most researchers postulate that there are as many as five sets of cannabinoid receptors throughout the body, and they’ve observed cannabinoids interacting with other kinds of receptors. The science here moves very slowly, so these postulated receptors haven’t been officially confirmed. We do know that they’re there, we just haven’t ascertained for certain that they’re cannabinoid-specific receptors. Long story short – most of your body’s systems interact with cannabinoids.

Your body makes its own cannabinoids for your endocannabinoid system, and most researchers are still unclear on exactly how that process works. So far, two endogenous (which means made within your body) cannabinoids have been discovered. We know the system takes them and uses them immediately. We don’t know how much it makes, how often it makes them, or what the perfect levels of each endocannabinoid should be. That research is still a work in progress.

Your endocannabinoid system interacts with your immune system, stimulates your appetite, impacts your mood, changes inflammatory response, changes cell communication, interacts with your metabolism, and impacts your memory among other important functions. We know that they’re all connected and that what happens to your endocannabinoid system can influence many other processes throughout the body. We don’t have an exact dial on its effects. 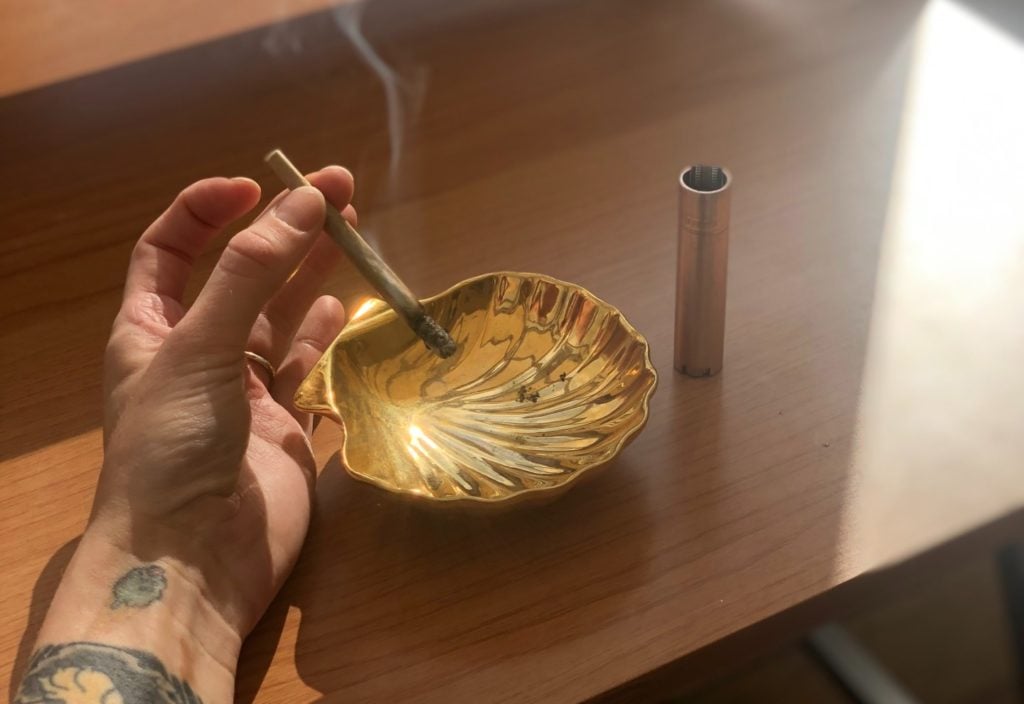 How your immune system and endocannabinoid system interact

The endocannabinoid system, when influenced by THC, seems to suppress your immune system. This isn’t always a bad thing. People with autoimmune conditions, organ transplant recipients, acne, or inflammation often use FDA-approved immunosuppressant medications to create this reaction on purpose.

When the immune system is attacking the body or acting in a way that elevates pain response, suppressing it prevents the situation from getting out of hand. It can help to mitigate painful symptoms of many conditions.

Cannabis hasn’t been approved in the United States for this purpose. Cannabis-based drugs like Sativex are approved throughout Europe and Canada to help manage the symptoms of autoimmune and neurodegenerative conditions like multiple sclerosis, but the method by which they work isn’t fully understood.

Recent research shows that cannabinoids have a profound effect on the lymphatic system as an immunomodulator. Both THC and CBD accumulate in the lymph cells of the intestines, preventing them from engaging.

For people with inflammatory bowel disease, this is exactly the effect they’re looking for. Most of their symptoms stem from their immune cells attacking their bowels instead of supporting them. Crippling them with cannabinoids holds this response back, providing relief.

The downside of cannabis’s anti-inflammatory power

All modern research seems to suggest that cannabis is an excellent anti-inflammatory, but there is such a thing as too much of a good thing. People who frequently use cannabis may have an imbalance of immune cells, favoring anti-inflammatory cells. It’s great to keep uncomfortable inflammation at bay, but when inflammation is managed to the detriment of white blood cells, the tradeoff no longer becomes beneficial.

Cannabis can’t target which cells it should and should not suppress. If your white blood cells are negatively impacted by cannabis, they won’t be able to properly perform their functions. They’ll be too lazy and impaired to kill the germs they’re supposed to kill. A common cold may be more difficult to overcome when your immune system is bogged down by cannabis.

Even though the link is established, there are still conflicting answers. Cannabis is often used as a treatment for managing symptoms in patients undergoing chemotherapy. Chemotherapy can eradicate cancer, but it also eradicates a lot of the things your body needs to function properly. Adding cannabis into the mix can further diminish the immune system, making some cancer patients more vulnerable than they already were.

Many patients and care providers find that the benefits of cannabis use are worth the risk, and cancer patients utilize extreme safety protocols to avoid exposure to germs while they’re in this immunocompromised state.

Cannabis can help to stimulate appetite in patients with HIV and AIDS who have a difficult time maintaining healthy body weight. The results were significant enough for the drug to be approved, and many patients who use cannabis are satisfied with the results.

Oddly enough, the detrimental immune effects attributed to cannabis aren’t usually present in people with HIV or AIDS. This may be a result of the effect that HIV and AIDS treatment drugs have on a patient’s immune system, although at this juncture, that only remains a theory. These patients are continuously fortifying and protecting their bodies with medications, which could potentially ward off some of weed’s immunosuppressant side effects.

Technically, weed can make your immune system weaker. For many people, that’s its selling point. People who use cannabis medicinally are counting on the relief they experience from the immunosuppressive effect of their cannabis, and some people report that it reduces the extent to which they feel pain.

If you have a weak immune system, you shouldn’t use cannabis without talking to your doctor. If you have a healthy immune system, take good care of yourself. Feeding your body properly and exercising can help to support that immune system. If you choose to occasionally indulge in cannabis, don’t do it when you have a cold or if you’re around people who may be sick.

If you’re interested in the effects of weed on the immune system and your doctor agrees that you might benefit, order some weed. See how it makes you feel. If your immune system is underactive, it may be best to skip the joint when someone passes it to you.

5 of the Healthiest Ways to Smoke Weed

How To Spot Cannabis Magnesium Deficiency and Fix It

The Best Weed For Working Out

Does Cannabis Help With Meditation?