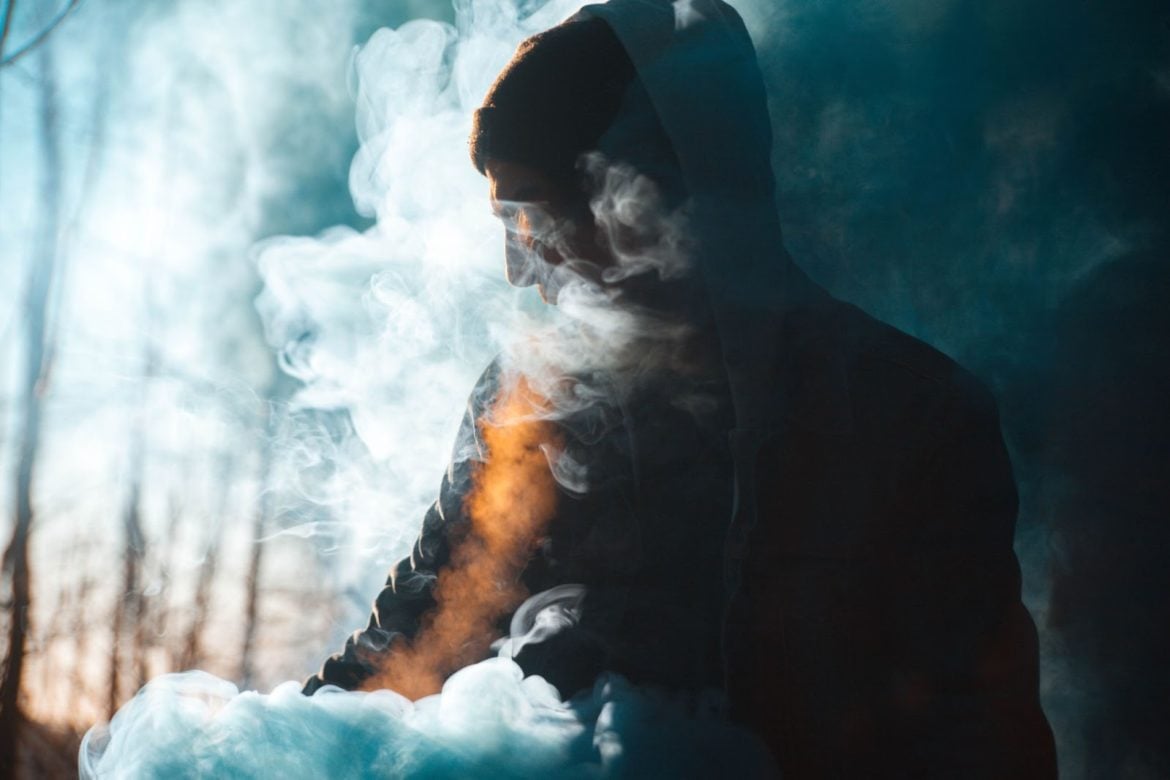 If you’ve been dabbing for a while, you’re probably familiar with things like wax, shatter, and crumble. There’s nothing particularly wrong with other kinds of cannabis extracts. They get the job done just fine, but they can’t quite stack up to live resin.

If you’re looking for the tastiest dab experience you’ll ever have, these eight kinds of live resin impart unique terpenes that take dabbing to a new level.

Drying and curing the weed purges most of its terpenes, and these compounds are responsible for the flavor profile and aromatics of your weed. You can think about your favorite strain and accurately remember what it tastes like. That memory is only 40% of what the flavor was actually supposed to be.

Live resin is made from flash-frozen live cannabis flowers, rather than flowers that have been allowed to dry. Because there is no evaporation, there’s no loss of flavor. You’ll understand exactly how your favorite strain got its name when you experience it in its true state.

How to dab live resin

Live resin dabs can go as low as 350 degrees. You might want to go a little hotter if the resin isn’t vaporizing the way you’d like it to, but don’t exceed 400 degrees.

Since temperature with live resin can be a little tricky, it’s a good idea to use an eNail. You can set your eNail for low-temperature dabs. You won’t have to worry about going back and forth between the torch and the thermometer to make sure you have your nail dialed in correctly.

Rainbow Sherbet is a versatile hybrid. It starts off like a very gentle sativa. You might want to start the laundry, empty the dishwasher, and make your grocery list. If you come back for seconds, things change. The more you smoke, the greater your pleasant and productive euphoria will become. You’ll sooner buy new clothes and new dishes than wash the ones you already have. Beware of its mighty punch.

Rainbow Sherbet is a cross of Champagne and Blackberry, and that’s an accurate description of its flavor. It’s a little sour and a little sweet, with notes of fresh berries and green grapes. Most people pick up a slight hint of mint, which serves as the perfect palate cleanser for your next hit.

Gelato is a perfectly balanced hybrid. It’s just enough of a sativa that you won’t get couch lock, but just enough of an indica that you’ll be too relaxed to focus an absurd amount of time and energy into writing a screenplay about a grocery store full of food coming to life. (No shade to the cannabis fanatic who did that – it was pretty funny for what it was)

Gelato is fruity and sweet. You’ll taste a little more of that flavor profile when you use it as live resin. It doesn’t taste exactly like Gelato. Expect a sweet surge that tastes a little like blueberries at first inhale and a little like oranges in the aftertaste.

Zkittlez is an award-winning indica dominant hybrid. It’s just the right amount of indica to promote a body high, but it isn’t necessarily sedating. Even people who aren’t typically fond of indica strains usually find that Zkittlez agrees with them. It’s the perfect nighttime, at home, hanging out with your significant other kind of weed.

Zkittlez is named for the candy it tastes like. We’ll give you three guesses as to what that candy is, but you’ll only need one. This strain tastes like the purple candy that comes in the pack of delightful rainbow colors. It’s a mix of Grapefruit and Grape Ape, and the grape and citrus combo is an accurate way to describe its flavor.

Papaya is a hybrid that can go either way. Although it’s indica dominant, most people who use it report feeling energized. It’s like a wash of calm that makes you feel a little more motivated than usual. This is a good strain for evening gaming or a chill social gathering.

Papaya tastes like what you think it tastes like. It’s kind of sour, kind of sweet, and a little funky. If you’ve never had fresh papaya, you might think that this strain tastes a little like an overripe mango with a little bit of a spicy kick. 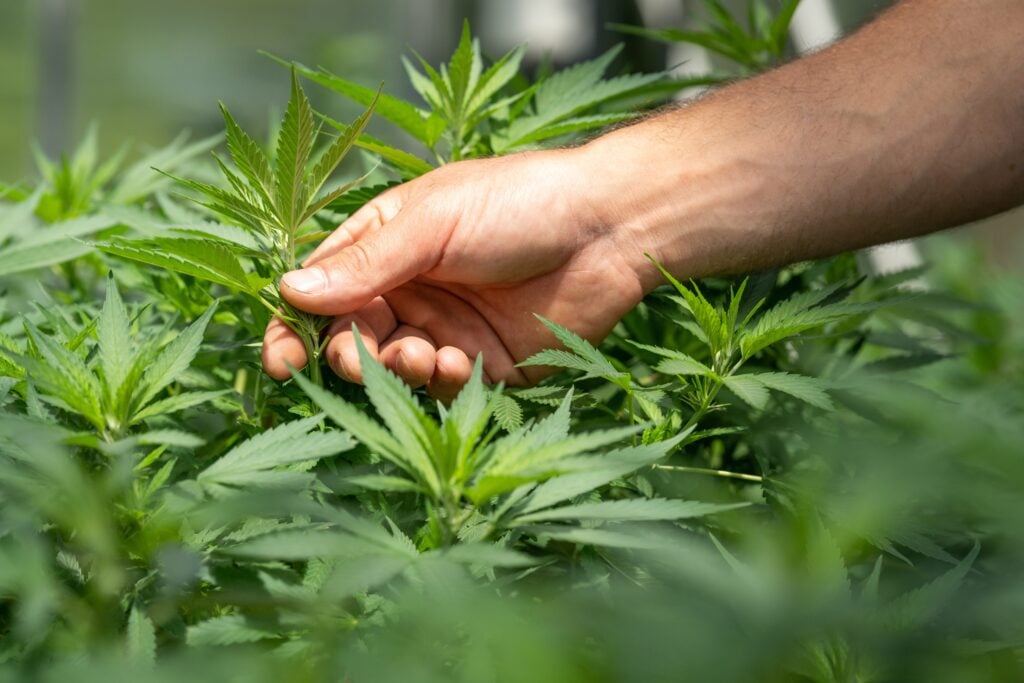 Ice Cream Cake is the indica lover’s indica. If you love a weed that plants you firmly in bed, Ice Cream Cake is exactly what you’re looking for. People with insomnia swear by Ice Cream Cake’s ability to lull them into a deep and restful sleep, even if they’re feeling achy and anxious.

Ice Cream Cake tastes more like ice cream than you may expect. Vanilla is a dominant flavor note, with a sweet and doughy kick rising up from the back. This strain is a combination of Gelato #33 and Wedding Cake. The Wedding Cake tastes the way you would expect, and the Gelato #33 lends its fruity, creamy sweetness.

Blueberry Muffin is an indica leaning hybrid. It doesn’t boast many special effects. Overall, it’s a great strain for a mellow night in. The effects of Blueberry Muffin aren’t what make it such a popular strain. It’s the flavor of the strain that commands attention, and that flavor is even more pronounced when you use it as live resin.

Somehow, Blueberry Muffin manages to taste suspiciously like blueberry muffins. It’s absolutely uncanny. This strain crosses Blueberry (which you might have guessed) with Purple Panty Dropper (which you probably did not guess) to create its signature sweet, sugary, doughy, berry flavor profile.

Strawberry Banana (aka Strawnana) is a high THC indica dominant hybrid. It’s not the kind of indica that will immobilize you. You’ll be able to get off the couch very patiently, one leg at a time. You might not feel the urge to run to the fridge when you want a snack, but you’ll slowly work up the motivation to get there. If you like an indica that doesn’t push you down too hard, you’ll find that Strawnana hits the dab nail on the head.

Strawberry Banana is a blend of Banana Kush and the Strawberry variety of the Bubble Gum strain. It’s a little sweet, a little tangy, and slightly acidic. It has the funk of an underripe banana, but the punch of a perfect strawberry. This strain tastes a lot like a fruit smoothie. It’s an agreeable flavor that’s great when you’re entertaining company. Everyone will enjoy it.

Motor Breath is a high THC balanced hybrid that packs a lot of octane. If you’re a heavy cannabis user and you’ve come to love a weed that really socks you right in the face, that’s exactly what motor breath does. It’s the kind of strain you use when you want to ride the storm and conquer.

Motor Breath gets its name from its flavor, which happens to be a lot like gasoline. People who prefer skunkier, pungent, and earthy weeds will love Motor Breath. There aren’t any sweet or fruity flavors. It packs a wallop like an aged scotch.

Most of the strains you know and love come in live resin dabs. The ones that don’t probably come in vape cartridges. As live resin continues to grow in popularity, growers are putting forth their live resin extracts to appease the weed connoisseurs who want to know what nature intended for their favorite strains to taste like.

If you see a strain that’s calling out to you, we heard your call. Emjay can deliver you your live resin in about half an hour. We have dozens of popular strains in live resin form, as well as a few boutique strains you’d be excited to try. Slip into something comfy and make yourself some snacks. You’re in for a beautiful evening.