Weed vs. Cigarettes: Which Is Less Dangerous? 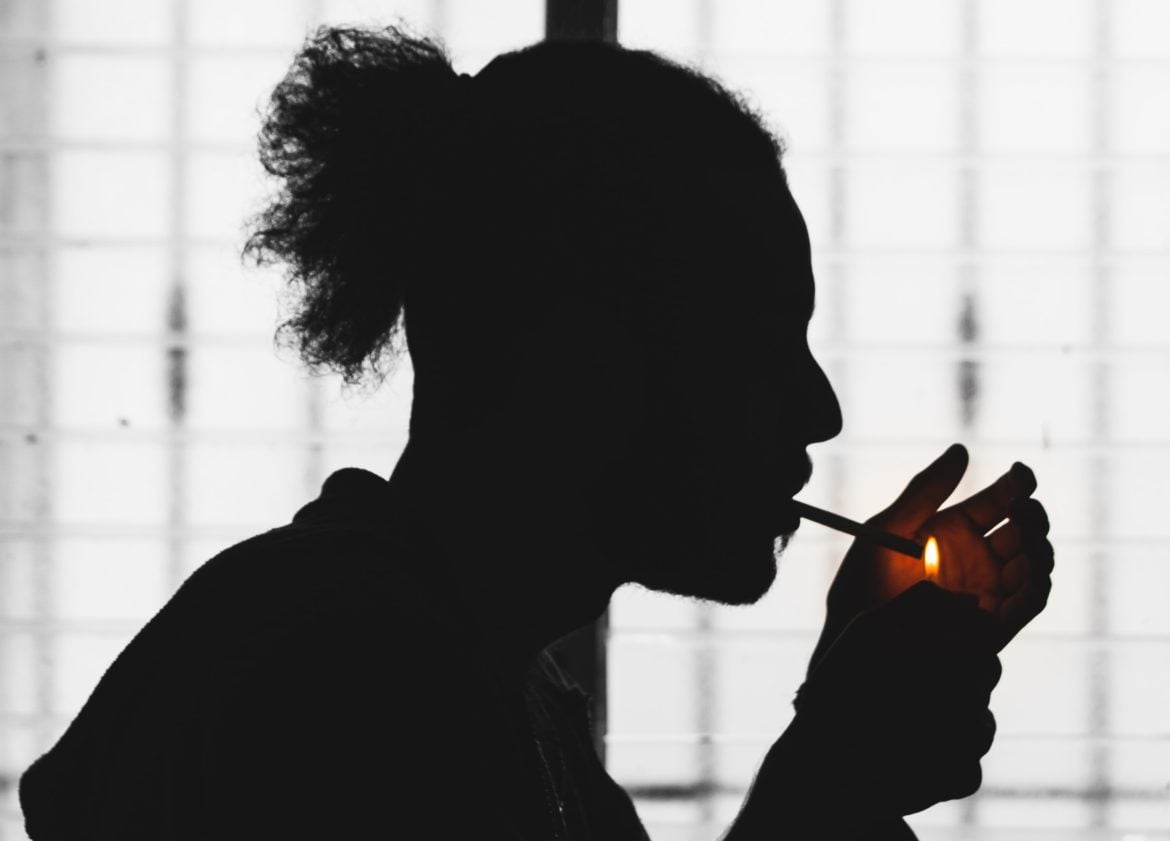 Which is worse for you, cigarettes or weed?

Lots of misinformed middle-aged folks and concerned parents will often draw comparisons between cigarettes and marijuana use. However, the two activities really aren’t comparable when you look at the science directly.

The risks of cigarettes

It’s been drilled into all of our heads long enough that we all know smoking tobacco cigarettes is inherently risky. This isn’t necessarily due to the act of smoking in general (more on that later) but instead because of the carcinogenic contents contained in most tobacco cigarette products.

Carcinogens are (usually) synthetic chemicals or compounds, like various types of tar, that are used to alter the flavor or texture of a cigarette or allow it to last for longer. When you burn and inhale those carcinogens, you increase the risk of attaining lung, throat, and mouth cancer.

But cancer risks aren’t the only things that cigarettes expose you to. In fact, there are tons of ways cigarettes affect your lungs far beyond what marijuana smoke does.

A comprehensive study led by the UCSF and the University of Alabama, which collected data from US adults for over 20 years, found that smoking cigarettes could significantly impact an adult’s airflow or total lung capacity.

In a nutshell, the study found that lung volume, which is usually around six leaders for an adult male, and airflow rate dramatically decreased as people smoked more tobacco. To make matters worse, most people who smoke tobacco cigarettes and cigars end up smoking more of both products as they get older and develop a solid habit.

On the flip side, the study found that the same wasn’t true with marijuana use. In fact, it determined that the airflow rate increased instead of getting worse when people smoked marijuana up to a certain level. Smoking pot a few times a month, it seems, can actually make your lungs healthier!

Toxins and contaminants of cigarettes

As touched on above, regular tobacco cigarettes and similar products are chock-full of carcinogens and parabens: synthetic products designed to increase the shelf life of perishable products like cigarettes and certain foods. These are terrible to put in your body at all, but they are especially bad when you absorb them through your lungs.

The surface area of your lungs is made up of small air sacs called alveoli. It’s here that oxygen molecules are usually exchanged with carbon dioxide via blood vessels located close to the alveoli.

But when you inhale so many carcinogens, like the kind that are present in regular tobacco cigarettes, you can damage the alveoli, literally compromising your ability to breathe correctly. Even worse, you can lead to tar buildup in the lungs, leading to coughing and other health issues later down the road.

Heat damage between cigarettes and marijuana use

Earlier, we mentioned that smoking any kind of product in general can lead to side effects. But this isn’t necessarily because of smoke: it’s because of temperature.

You see, your lungs are particularly sensitive organs. They’re only supposed to absorb air that’s properly warmed after being drawn in through the mouth or nose. If you inhale heated air, like smoke that comes about because of burning a tobacco or marijuana product, you could accidentally scald or burn your lungs.

This is less frequent with marijuana use, however, since most cannabis products use water to cool down the smoke before it enters the lungs. There are a few exceptions, but this design generally protects the inside of your lungs from being burned when smoking weed in any form.

Tobacco cigarettes and cigars don’t have this protection. This doesn’t mean that tobacco smokers constantly burn their lungs, but that the risk always exists since you don’t normally smoke tobacco after using water to cool the smoke down beforehand.

The cancer risks touched on before are worth mentioning again. According to the CDC, people who smoke regular tobacco cigarettes are between 15 and 30 times more likely to get or die from lung cancer compared to those who don’t smoke tobacco cigarettes. That’s huge!

Even worse, the longer you smoke and the more cigarettes you smoke every day, the higher the risk for lung cancer goes up. Even after a person quits smoking cigarettes, the risk of lung cancer doesn’t ever fully go away since your lungs aren’t able to totally repair the damage.

In contrast, cannabis joints don’t have the same kinds of carcinogens and toxins that directly lead to lung cancer. The carcinogens cause lung cancer by interfering with cellular replication processes, causing mutations. Some of those mutations can eventually turn into cells that grow unchecked.

Marijuana smoke isn’t exactly healthy, per se, but it’s not chock-full of toxic compounds like tobacco cigarettes. In fact, some cannabis products, including dab cannabis and certain cannabis concentrates or vapors, don’t include any plant matter or potentially toxic compounds at all.

That’s right; you can smoke marijuana and potentially never expose yourself to a higher risk for lung cancer than if you didn’t smoke at all.

Frequency and addiction risks between tobacco and cannabis

All of these risks are bad enough. But the thing about smoking regular tobacco cigarettes is that it causes a nicotine addiction that can be hard to break. In the worst-case scenario, smoking cigarettes will cause you to smoke more and more as time goes on.

In this way, cigarette smoking becomes worse and worse the longer it goes on. While some people undoubtedly become a too attached to cannabis for their own good, it doesn’t have the same physiologically addictive activity as nicotine. Any addiction to cannabis is more psychologically based than physiological, which means it’s both easier to control and less likely to be a problem in the first place.

So, which is less dangerous: cigarettes or cannabis?

The science is pretty clear on this point. Smoking cigarettes is far more dangerous and harmful to your body than smoking marijuana in any capacity. Furthermore, when you consider that you can ingest cannabis in a variety of ways – from edibles to concentrates to vapes – there’s just no real comparison between the two products.

This is partially why many responsible adults are exploring more readily with pot than they are with nicotine and tobacco cigarettes. Pot carries many of the same social and relaxing benefits as nicotine, but without nearly as many potential side effects or health risks.

Ultimately, it’s clear that the pot industry isn’t going to run into the same government warnings or mandates as tobacco cigarettes. That’s because tobacco cigarettes are truly harmful to your body no matter which way you look at the issue, while marijuana isn’t harmful and can even provide some beneficial effects in certain cases.

For our part, Emjay looks to provide only the highest quality cannabis products to our consumers. We can deliver fantastic cannabis flowers or concentrate straight to your door at any time. Let us know if you want lightning-fast cannabis delivery by checking out our site and browsing our online catalog.