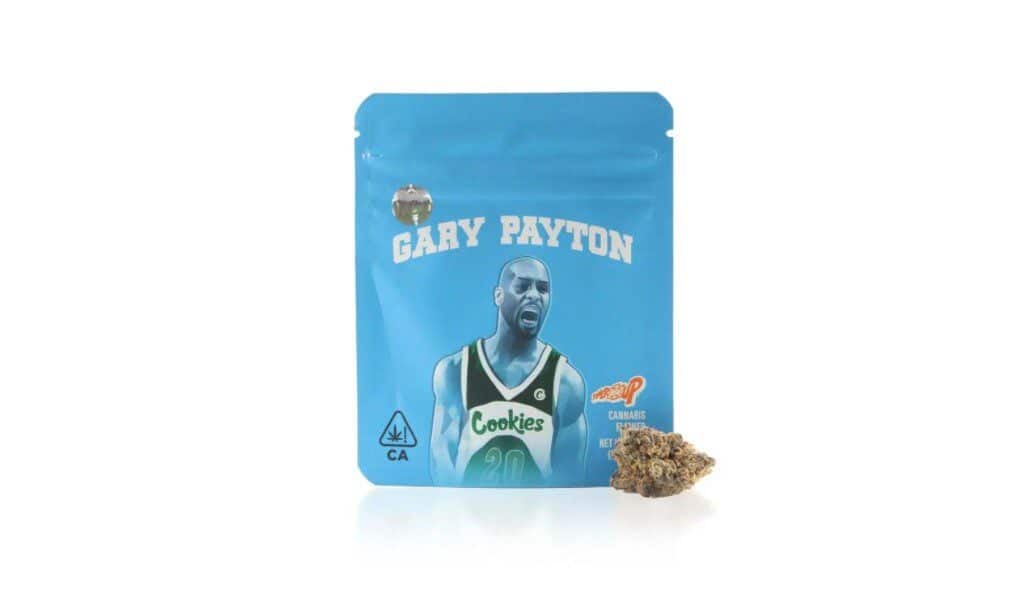 Gary Payton Strain At A Glance

Marvelous cannabis experience with nothin' but net in every relevant category.  A great flower to evolve your palate and elevate your taste.

Unbelievably under $60/eighth ($55) and worth every penny.

Light, crisp, spiritual lift as bubbly as Championship champagne. Completely exceeds the hype and then some. Swish.

You can purchase Cookies products, including the strain Gary Payton, on Emjay.

Like Hip-Hop, Action Movies, the New York Yankees, and Prime Time Television, NBA Basketball flourished in the ’90s. Michael Jordan and the ‘95-’96 Bulls are most often cited as the hallmarks of this renaissance (and for good reason) but that is only the tip of the legendary athletic iceberg. From Charles Barkley to Grand Mama and what seems like the best squad the beleaguered Knicks may ever see, the advent of Shaq Diesel and his amazingly bad Shazam, The Admiral, The Mailman, and The Toon Squad the 90’s brought NBA culture off the court and deeper into the mainstream. NBA All-Stars popped up in every aspect of culture and beyond their game-play, ballplayers became celebrities. For those who know, The Glove was an All-Star and a Star Star.

Gary Payton, the charismatic, handsome, expert trash-talking, and the unbelievably talented defender was much more than Shawn Kemp’s right hand on the remarkably fun Seattle Supersonics. Like so many precious people and phenomena, the Sonics were a franchise lost to the 90s. But for true fans, the legend of Payton’s must-watch gameplay lives on. He was an expert showman in addition to his stand-out gameplay. He had superstar appeal and an effortlessly cool court-side persona.

Gary Payton carries clout you cannot purchase or fake. Attaching him to any product is enough for me to buy it. Partnering with Cookies—a brand just as legendary, successful, and slick as he—fits the All-Star like a glove. Payton’s namesake flower proves as dexterous and remarkable as his gameplay. When The Glove hits, you can’t a-quit.

Gary Payton is Y Griega x Snowman. Cookies’ branding is as breathtakingly brilliant as it is simple. The logo is clean, nostalgic, beautiful, and exciting. It looks delicious and was born for merchandising.

The logo pops off shirts, hats, and its Melrose storefront which is often accessorized with a line around the block. The company boasts dispensaries across the world, now, even in Barcelona.

The packaging for Gary Payton is simply gorgeous. An image of the baller in his full, brilliant intensity really pops against the blue background as his signature green jersey now reads Cookies.

Cookies was created by Berner and the Cookies Fam legendary growers. They also have the brands Lemonnade and Fiora. Beyond working with NBA Legends and critical darlings Run The Jewels, Cookies reached the pinnacle of international hip hop and cannabis culture by partnering with The Doggfather himself on Snoop D oh double G, producing the Doggy Bagg.

The lift begins with how ill you feel holding the bag.

Cookies x Gary Payton is a pop culture moment and you have the golden ticket.

Heavy gas with some underlying sour notes makes for a breathtaking aromatic appeal. Extremely earthy with lemon and pine undertones.

The buds are really pretty and bespeak a healthy growing environment. These seem well nurtured and are more silently confident than flashy. The flower is both furry and sparkly. Like The Glove these All-Stars have a lot of personalities. The bud is visibly sticky and built for a High Times centerfold.

Somehow the flower gets prettier when you grind it up. Cobwebs of trichomes open up and in pieces, the flower becomes a lighter green. Without even smoking it yet, a sense of well-being is brought about by the majesty of the plant.

Gary provides a gassy inhale but much more notable is the smoothness of the hit. It feels exceedingly clean. The smoke prances across your palette respectfully.

This is a superior smoke.

Ideal for the blunts, jays, and bowls. Don’t squander it on bongs or fake friends.

The high is mystical- it envelopes you in intimate, healing well-being.

The lift is light and crisp. It resonates in your spirit more so than your senses. The definition of a mood enhancer.

This is well suited for nearly all occasions. A little too energetic to simply knock out to but also absolutely deserving off more attention than that. Stay awake later and make some magic of the night.

Generously priced at $55/eighth for a really superb smoke. Absolutely worth the premium price point.