Everything You Need To Know About Distillates 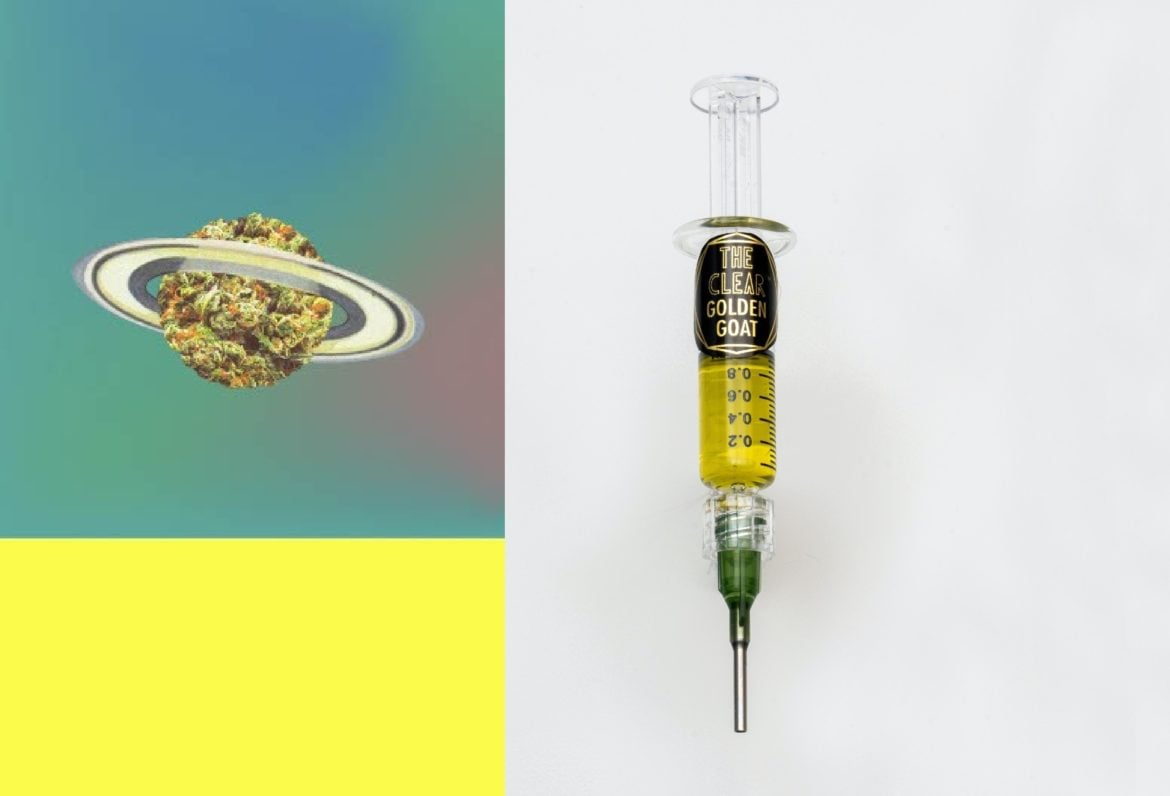 Portable, discreet and potent, there’s no doubt that distillates are the future of cannabis culture. But, what exactly are distillates, what makes them so special and how do you get your hands on some? You’ve got questions, and we’ve got answers. Sit back and enjoy a toke or two while we spill the tea on everything you need to know about distillates, including how you can get some delivered today.

A type of cannabis extract, distillates are one of the most concentrated cannabis products out there. Made by stripping cannabis down to just one specific cannabinoid (usually THC or CBD), distillates are typically a runny translucent oil. Distillates are the base we use for most cannabis vapes and many dispensaries use for edibles, because it is potent and generally lacks any flavor, taste or aroma.

What’s the difference between concentrates and distillates?

What’s the difference between cannabis oil and distillates?

Distillates are a type of cannabis oil, but they’re not necessarily the only type. CO2 oils have earned their own distinction for their unique processing. Made using carbon dioxide to separate the components, CO2 oils generally retain more of the original flavor and aroma from terpenes than distillate does. Some people prefer CO2 oils over distillates because the distillation process doesn’t rely on chemicals such as butane, making it more natural than other methods.

Another type of cannabis oil, called Full Spectrum Cannabis Oil (FSCO), captures the full range of bioactive compounds created within the plant without altering their composition in the process. This makes FSCOs a concentrate and an oil, but not a distillate, as distillates are stripped down and don’t include terpenes or flavors from the plant unless they are added after the fact.

What is RSO and is it a distillate?

RSO, short for Rick Simpson Oil, was named after it’s Canadian creator who was an engineer turned medical cannabis activist known for researching cannabis as a treatment for his own skin cancer. RSO is a concentrated form of cannabis and contains at least 20%THC, but unlike distillates, it contains the full range of cannabinoids from the plant. RSO is preferred by many in the medicinal cannabis community, as it has been shown that the entourage effect caused by ingesting a blend of cannabinoids has medicinal benefits beyond consuming straight-up THC or CBD.

How do I smoke distillates?

Distillates can be used on their own with a dab rig or portable vaporizer, but are also found in conveniently pre-packed vape cartridges. A bonus of dabbing or vaping distillates is that if you get an unflavored version, it is nearly odorless. Which makes it a convenient option in scenarios where discretion is preferred. If you’re interested in trying distillate but not sure you’re ready to go straight up, you can add a few drops to a bowl or joint for an enhanced experience without overdoing it.

Can I eat distillate?

If you’ve ever had a homemade edible, chances are good you can taste the cannabis in the first bite. But, as we mentioned, many dispensaries use distillate in their edibles because it doesn’t alter the flavor of the edible at all. It also makes measuring the potency of edibles easier and more accurate. If you’re thinking about making edibles using distillate at home, we recommend starting with about 5 milligrams or less THC per serving, and slowly increasing the dosage. Distillates can also be consumed on their own sublingually (under the tongue) with a dropper and are often used in topicals that you apply to your skin.

How is distillate made?

Please remember that making distillates is a scientific process that should really be left up to the experts. We do not advise attempting to make your own distillates or oils at home under any circumstances.

Making distillates is a technical and complex process, so let’s break it down to the basics.

THC, terpenes, and other cannabinoids all have varying boiling points, so the first step is separating the THC from the cannabis plant using hydrocarbon or CO2 solvent-based extraction. This process removes the THC from the plant, but at this point it still contains undesired fats, lipids and other compounds.

Next, the extract must be refined through a process called winterization in order to remove any remaining undesirable components. This is usually accomplished using a chemical like ethanol.

Once isolated, cannabinoids are then ‘decarbed’, which means they’re heated up enough to activate their medicinal components. If you’ve ever made edibles using flower, you also decarb the cannabis before adding it to an oil.

After decarbing we’re finally ready to turn our THC sap into a distillate using short path distillation, which uses vacuum pressure, steam, and heat to manipulate boiling points to purify and remove undesirable components until all that remains is a honey-colored and textured pure form of THC.

What should I expect when I consume distillates?

As with most forms of cannabis products, your experience can vary based on the strain used, your tolerance level, and a variety of other factors. But, generally speaking, distillates are one of the most potent forms of THC on the market, so you can expect results almost immediately. Many users report strong mental and physical effects, so be sure to start with small measured tokes and work your way up once you can gauge your body’s reaction.

Can I get distillates delivered?

Getting distillates delivered to your door is seriously as simple as browsing our website, adding items to your cart, and completing the checkout process. We’ll come to you, check your ID, collect payment and be on our way. Welcome to the future, where premium cannabis products like distillates can be dropped at your door on the daily. Have we mentioned that we love our jobs?

What Temperature Is Best For Dabs?

What’s The Difference Between Cannabis Crumble and Cannabis Sugar?

The 7 Best Cannabis Vape Pens Under $30

What Is Shatter And How Do You Use It?

Live Resin vs. Live Rosin: How Are They Different?

A Crash Course On Cannabis Shatter