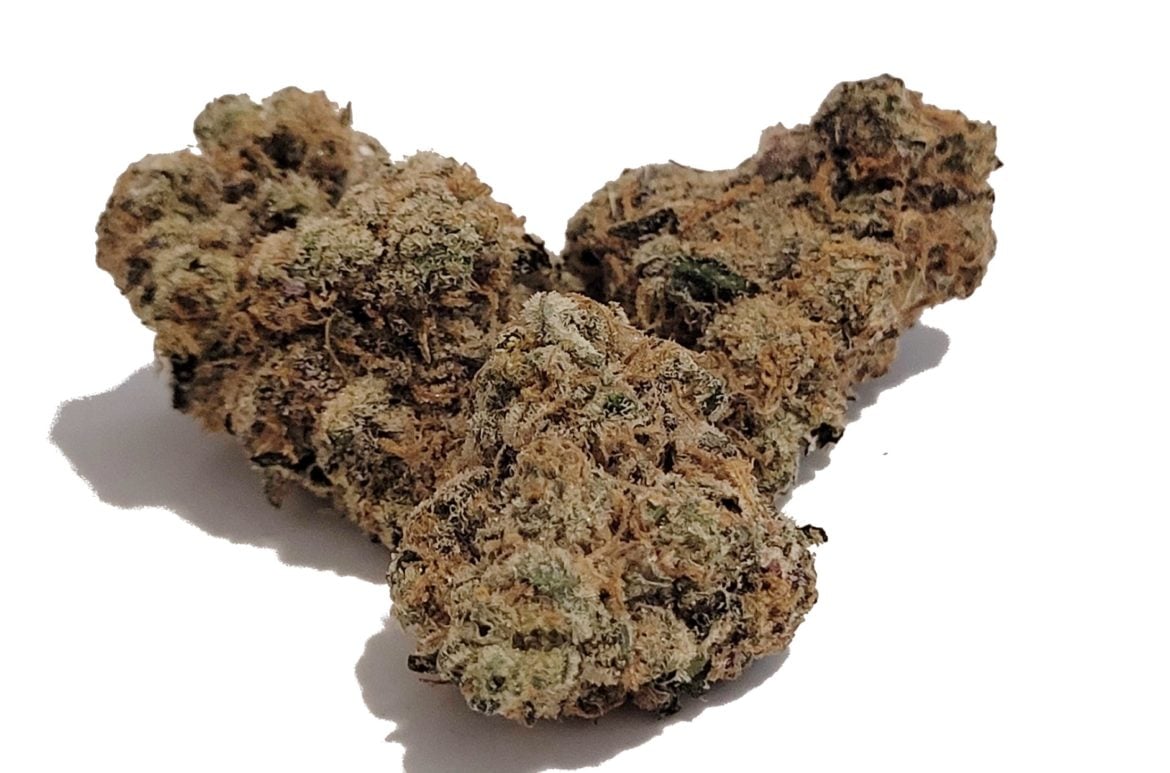 Cookies’ sister brand Lemonnade teamed up with the hip hop Duo Run the Jewels for a mentally invigorating and ambitious strain.

$60 is a reasonable price for loyal RTJ devotees only. Yes, it’s the best merch ever. But there are better eighths of flower available for the price.

This is an uplifting hybrid clocking in at 30% THC. Duet with Ooh La La for creative, cleaning, problem-solving, and productive projects.

Run The Jewels and Lemonnade's popular Ooh La La strain can be found for delivery or in-store at Emjay.

About Run The Jewels and Lemonnade

Lemonnade is the sativa-focused sister brand of the beloved and ubiquitous Cookies empire. Lemonnade quenches the thirst of smokers craving an upbeat, flavor-forward, and energetic experience. Grassroots enthusiasm powers its prominence-Lemonnade earns its respect.

Lemonnade’s obsession with quality control begins with seed selection and carries all the way through the in-store retail experience. Vertical integration puts the entire chain of decision-making under Lemonnade’s umbrella.

Founded by Berner of Cookie’s fame and the Santa Cruz breeder Growing Passion, Lemonnade is known for its collaborations with world-class artists such as the hip hop duo featured here.

Run The Jewels is Killer Mike x EI-P. Like Lemonnade, they are loved and respected first and foremost for their quality. Yes, their logo, name, and All-Star Rolodex certainly don’t hurt but those are just the cherry on top of a substantial, high-end treat.

London Poundcake x Wedding Cake come together in homage to the namesake collaborative track on RTJ4. This eighth tested at 30.4% THC and 0.8% CBD.

Black artists in The Bronx began innovating the methodologies for creating and fusing sound that found hip hop in the early 1970s. Incorporating jazz, soul, funk, and call and response traditions, hip hop emerged in the ’80s like something the world had never seen. Quickly adopted (and co-opted) by the mainstream, hip hop began to influence every aspect of social society on a ubiquitous international level. Far beyond the revolutionary effect, it’s had on music, hip hop has changed the way the world dresses, talks, dances, eats, and interacts.

Hip hop is a lifestyle. And a rich, visionary, luminous one that mainstream cultures around the world owe a great debt of gratitude at that. Hip hop educates, emancipates, alleviates, and exculpates deftly and relentlessly with the power of spoken truth. Emcees spark and evolve national and international discourse with honesty unsullied by corporate sponsorship. Hip Hop speaks truth to power. Erykah Badu said “Hip hop is bigger than the government” and she has yet to miss.

Since its inception, rap culture has held unflinchingly powerful prominence as a tastemaker. Codifying the dopest designers, vehicles, locations, spirits, and sports franchises soon came within the emcees’ purview. Thus it’s no surprise that hip hop became a trendsetter on how and what to smoke.

Hip hop molded cannabis culture for decades of its prohibition and it is truly exhilarating to see the collaboration proliferate in the legal market. Hip hop culture now includes smokeable art.

Run the Jewels and Lemonnade both excel in graphic design and their shared work here is truly breathtaking. Whether you rock with RTJ or not, you want to get your hands on this bag. Aesthetics cannot substitute for quality but in concert, they are really something special. “Ooh La La” is just the exclaim for this head-turner.

Ooh La La doesn’t offer much on the nose offering a light floral note and a faint wisp of citrus. The nugs are pretty but not breathtakingly so—lots of orange hairs and good crystalline frosting. Grinding them up reveals a lot more purple and brown earth tones. The inhale was more flavorful than I expected with a flavor somewhere between perfume and potpourri. It is surprisingly floral.

The lift is reminiscent of Trainwreck but it manages to pull the breaks before your entire train of thought is left in shambles. This is a good weed if you just need a moment to not give a fuck. If you got into a stupid argument and you know it will be fine tomorrow call in this bad boy to let it out of your head for a while.

The body effects are present but muted. This is the perfect weed for cleaning or performing a simple but repetitive task. Motivation is stirred and there’s a confidence boost that you’re good to face whatever life throws at you.

Official band merchandise is always the most expensive. $60 for this eighth seems similarly inflated for having RTJ’s name on it.