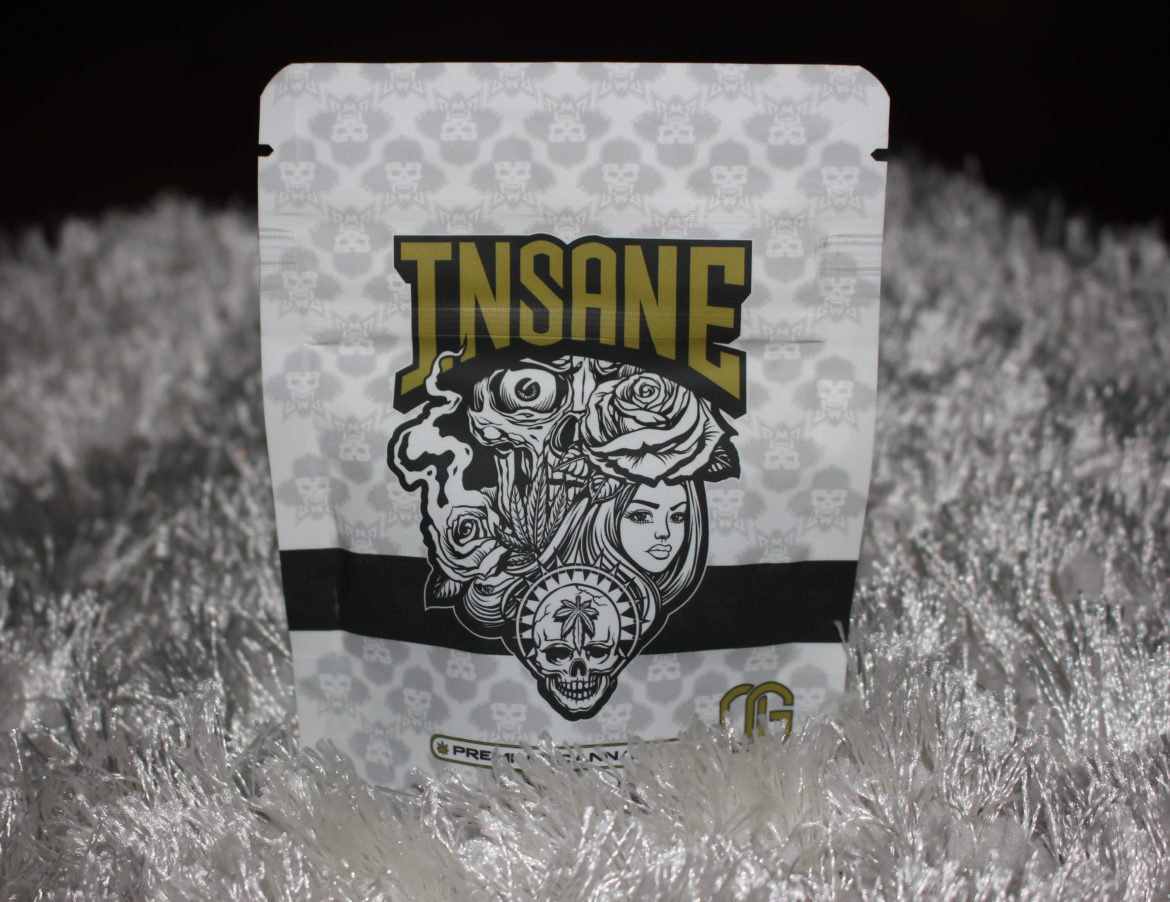 You can order Insane OG and all of Insane's cannabis products on Emjay.

Kickback with this chill but spiritually invigorating unwind that feels like the reassurance of your most authentic and reliable friend.

“Insane in the membrane, insane in the brain.” Insane cannabis is owned by the tried and true Hip Hop legend and seminal cannabis icon B-Real of Cypress Hill. In addition to providing some of the illest cannabis-themed Hip Hop content ever, B-Real also rocked the mic in 90’s fantasy supergroup Prophets of Rage alongside politically-minded Hall of Fame musicians Chuck D of Public Enemy and Tom Morello of Rage Against the Machine. Although a broad range of celebrities pop up in the legalized cannabis game these days B-Real remains true to his moniker by owning the business venture himself.

If you know his music it is deeply satisfying to see Dr. Greenthumb thrive as a cannabis entrepreneur. Born of Mexican & Cuban ancestry right here in Los Angeles, B-Real named his seminal West Coast Hip Hop group after a street in his South Gate neighborhood. Surviving a gunshot wound to the chest at the age of 17, B-Real quickly achieved greatness with his prowess on the mic. Foundational pioneers for Latinx emcees in the rap game, Cypress Hill’s self-titled debut went double platinum in the early 90s and B-Real hasn’t looked back since. With a bevy of timeless anthems under his belt, B-Real collaborated on the original Space Jam soundtrack and later as a member of the supergroup Kush alongside musicians from The Deftones and Fear Factory.

B-Real’s brand has always been synonymous with cannabis and it is so beautiful to see his vision realized in the legalized market. In addition to owning the Insane brand featured here, B-Real has also collaborated with Wonderbrett on their OZ Kush, bearing his slick-ass likeness. Insane upholds B-Real’s tried and true authenticity and has expanded his brand in new directions. Insane Clothing Co. features Latinx models sporting homegrown Mr. Cartoon-esque designs. Like B-Real, Insane is equal parts heavy metal, Hip Hop, and truly not givin’ a fuck.

Each and every square centimeter of Insane OG’s packaging is to die for. Tattoo flash art depicts marvelously macabre skulls surrounded by roses, smoke, a beautiful (and not overly sexualized) woman, and of course the cannabis flower. The design screams Los Angeles and pays homage to the countless Chicano artists who contribute to LA’s indelible signature on the international landscape. Like Estevan Oriolo’s timeless “LA Fingers” photograph, this type of art instantly transports you to our City of Lost Angels. Behind this awe-inspiring foreground is the Insane logo repeated into a mesmerizing jester patterning. A skull wearing a backward baseball cap with his full head of hair peeking out the sides is adorned with a gold OG on the bottom right corner of the bag. No matter how you slice it, B-Real with forever be one of the solid gold OG’s of Los Angeles hip hop.

On the back, a seal denotes Dr. Greenthumb’s stamp of approval. Under an image of B-Real in a black bowtie and an old-timey doctor’s headband, the seal reads “since 1998” the year the Cypress Hill single of the same name dropped promising “the DEA can’t keep Greenthumb in check” and man has that aged well. Dr. Greenthumb now has 5 locations across Southern, Central, and Northern California offering California’s best cannabis to their loyal and ever-increasing following. B-Real wasn’t just one of the first to talk about it, he’s one of the first to be about it. B-Real is blazing a trail for Latinx owned businesses in a space where they are disproportionately lacking and bosses up instead of just throwing his picture on a product that makes someone else money.

Insane OG exists at the meeting point of heavy-hitting classics OG Kush x Bubba Kush x Granddaddy Purple-a veritable supergroup of cannabis in their own right. Also known as 3X Crazy or Optimus Prime, Insane OG got its name when Dr. Greenthumb himself dropped a single in the strain’s honor. You know at the end of movies when they do the montage of how everything turns out for the characters? If we could go back to the 90’s and fast-forward to the magnificent self realization B-Real now enjoys 30 years later the whole theater would applaud. This is the exact path B-Real deserves and it is so satisfying to see him succeed in it. 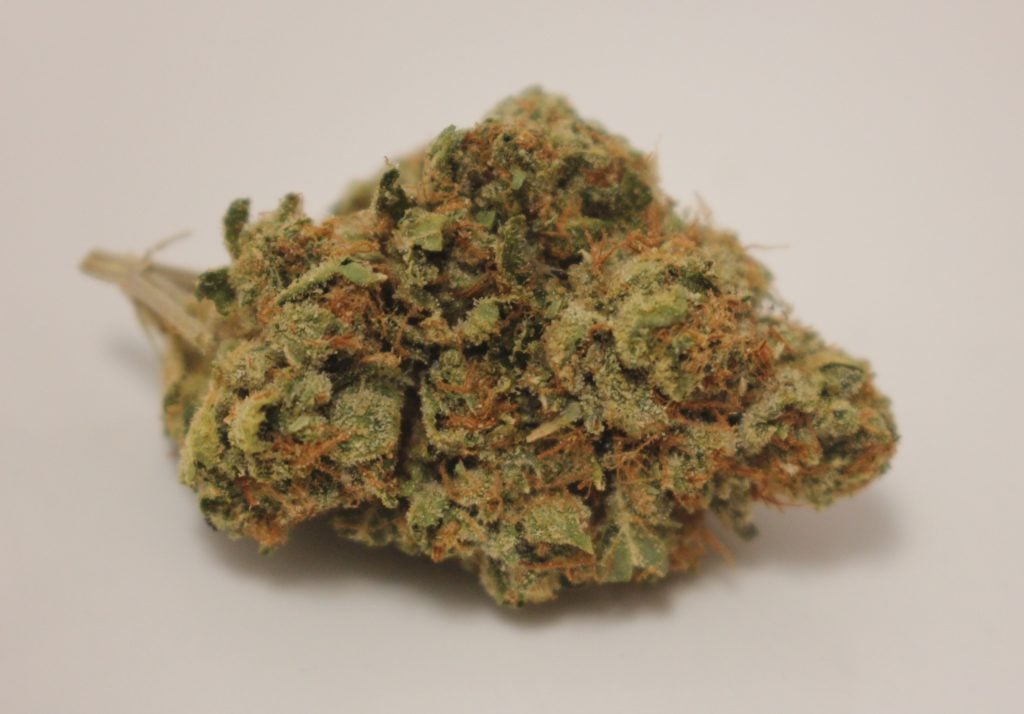 If you can break yourself away from fawning over how unmitigatingly ill the packaging is, lab testing reveals 25.1% THC and 29.3% cannabinoids. Open the bag and quintessential old school aromas emerge-a rich, earthy, dankness with some bright pineapple and an underlying ribbon of purple.

Insane doesn’t offer any crazy plot twists in the flavor department but delivers a crisp and smooth gas inhale. Because it burns light, Insane is perfect for blunts, jay, bongs and any other crushable method of consumption. If steamrollers still exist throw this in there for a comprehensive 90’s throwback.

Insane’s lift is comforting and reassuring like the presence of a close no-drama friend. Like the buzz of healthy companionship, the OG instantly enlives and de-stresses your individual aura and the overall vibe of the experience. 25% THC offers a robust high without knocking you out too quickly. 30% cannabinoids adds layers of nuance to the experience that go beyond the value of the THC alone (that is “the entourage effect”).

Cannabis takes on the spirit of its humans and Insane could not give B-Real a better tribute. Insane is chill but ambitious with feel good vibrations that do not fuck around.

$50 is a little higher than I’d expect. Wait for it to go on sale if you’re on the fence.